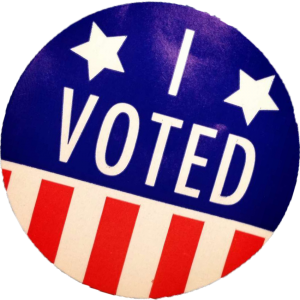 “All authority has been given to Me in heaven and on earth.” Matthew 28:18

So, yesterday was Election Day. A day that was anticipated since about 18 months ago. If you had told me back then who the candidates would be for the final vote I would have laughed in your face. Yet here we are.

I think we can all agree that the rhetoric and ugliness of this year’s election campaign has been taken to a new and undesirable level that our country has never seen. You could even say it’s downright embarrassing. It’s divided our country and drawn the bugs out of the woodwork to the point that we might feel taken by surprise because we thought most of us had already moved past all that ill-mannered and vitriolic way of thinking.

There are the allegations of sexual assault, the foul language, discrimination, immaturity, conceit and arrogance, and an amazing lack of policy knowledge on the one hand.Then there’s an unfortunate series of federal investigations going on that makes us distrust our national leaders even more than we already did. No matter how it’s whitewashed, clearly someone is lying and purposely covering up the truth from the American people. It’s almost enough to make you lose hope in the future of our country.

Thankfully, in the middle of all the chaos and hoopla, something beautiful happened. Something I have not seen in decades. Something so wonderful you suddenly feel hopeful for our country again and you know everything is going to be okay.

God is More Powerful Than Any Election

During the whole election campaign season, I have seen a sense of unity from the Christian community grow and grow, so much that it feels almost like a Holy Ghost revival. I have seen believers of every faith come together to remind each other of something so foundational to the Christian faith that we almost forgot about it or maybe we took it for granted. We’ve reminded each other of the essential truth that God is sovereign.

How did we get away from this amazing truth? How did we lose sight of the practical nature of God’s power? We sing about it at church or in the car while the radio rings out songs of praise. We mention it in our prayers and even occasionally call upon it when something troublesome has happened. But do we really grasp how powerful He is? Do we really, truly understand that only God possesses this enormous power and knows how to use it the right way? Do we really take it to heart that He’s the only one in charge of everything?

Moses had this problem. He struggled with fully grasping who God is. He believed in God and knew that He is big and powerful. Yet it took God having to talk to Moses through a burning bush and the turning of sticks to snakes and a whole lot of convincing to prove to Moses that He is all powerful and the only one sitting on the throne of heaven. Moses had head knowledge of God. It took some work to convince his heart too.

It seems all through the Bible that God was displaying His power and majesty just to prove who He is. Some of the more particular moments were:

Not to mention the power He’ll show when He comes again to redeem His people.

I wonder if this is how it is for some of us. We all know about God, but maybe we don’t really understand the enormity of His power. It’s not second nature to automatically trust in His goodness. We always need Him to prove it somehow. Maybe that’s what this entire election year is about. Maybe it’s meant as a good reminder for us all that God is still in control.

God is Still on the Throne

I’ve seen and heard it again and again, especially on social media, people encouraging each other and helping each other to remember that it doesn’t matter who won the election. It’s all a part of His perfect plan and He’s got it all under control. None of this took Him by surprise. When we all wake up each morning over the coming days, we’ll discover that the Earth has not imploded and the sky has not fallen. We will still go to work, take our kids to school, stop by the store to get more milk, scratch our heads wondering what’s for dinner. Life will carry on as usual. 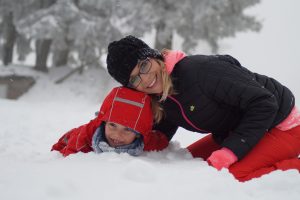 But one thing will be different. We will have once again been reminded and stand in awe of God’s goodness and grace for our country. We will remember that we serve a loving and compassionate God who works all things for good for those who are called according to His purpose. And we will finally take a breath and relax knowing we’re in good hands.

I’m glad Election Day is finally over. The ugliness and messiness of it is behind us. But what I’m really excited about is the effect it’s had on us, how it brought all of us together united in our love and trust in holy God. We can look forward again with hope and joy.

Now that we remember, I pray we don’t forget. Ever.

How are you finding reassurance in God now that the elections are over? How are you drawing closer to Him? Leave your comments here. Let’s lift up and encourage each other today.

Many Christian authors are writing about how they are dealing with this year’s election. In this article, Deborah Bateman offers her insight on what the apostle Paul had to say to the people of Philippi and how it relates to our country today. Read it here.

Recommended Book of the Month: Psalms: Poetry on Fire Book One

Author Brian Simmons' 12-week study guide explores Psalms 1 - 41 with its poetry of praises, prayers, and laments. Each of the twelve lessons is divided into four sections: Discover the Heart of God; Explore the Heart of God; Experience the Heart of God; and Share the Heart of God. Written to renew your excitement for God with fire and passion, Psalms: Poetry on Fire is ideal for both individual devotional study and small groups. Ebook only, $6.49 right now on Christianbook.com (not an affiliate link).