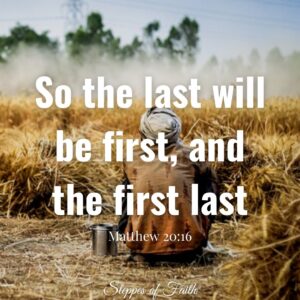 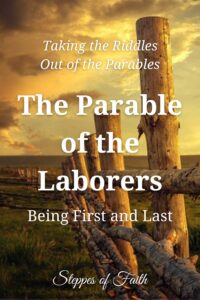 As many New Testament readers know, Jesus loved using parables in His teachings. The gospels record over thirty of Jesus’ parables (some claim it was more than fifty). He structured them the same as ancient Jewish teachers, who often began their parables with, “Such-and-such is like a (fill in the blank),” and compared a named subject to the parable’s theme. Often (but not always), they compared God to a king or a wealthy landowner because of His greatness.

In Matthew 20, Jesus tells a parable about a landowner who owns a vineyard, where the vineyard represents one of His most common themes—the kingdom of God. It is one of Jesus’ lengthier parables in the gospels. (Note: This is a separate parable from the one about the evil vinedressers who kill the landowner’s servants in Matthew 21, Mark 12, and Luke 20)

Jesus often told parables to illustrate a point following a particular encounter with someone. Such is the case in Matthew 19, when a man suddenly approaches Jesus with a particular question.

While teaching huge crowds in Perea, an area east of the Jordan River, Jesus is approached by a rich young man who wants to know how to gain eternal life. Jesus tests the man by telling him to keep the ten commandments (Exodus 20). The man self-righteously says he has done that all his life, but he wonders what else he is missing.

The young man does not recognize his sin, so Jesus tries to expose the man’s true heart. He replies the man needs to sell everything he owns, give the money to the poor, and follow Him. The man refuses and sorrowfully walks off. His reaction proves he loves money more than his neighbors and is unwilling to surrender everything to God. He would rather get to heaven on his own.

The young man failed Jesus’ test of faith. Jesus then turns to His disciples and says,

“And again I say to you, it is easier for a camel to go through the eye of a needle than for a rich man to enter the kingdom of God.” (Matthew 19:24)

Jesus’ words prompt the disciples to ask, “Who then can be saved?” Peter says, “See, we have left all and followed You. Therefore, what shall we have?” Peter rightly points out that, unlike the rich young man, they had left everything—their families, work, land, and more—to follow Jesus. It makes him wonder what reward they will receive for such self-abandoning faith.

Peter’s question is valid, which is why Jesus does not rebuke him. Instead, He reassures Peter that they will sit on twelve thrones in heaven, judging the twelve tribes of Israel (see the prophecy in Revelation 22:12) and gain eternal life. Then He adds, “But many who are first will be last, and the last first (v29).

To further explain what He means, Jesus tells a parable about laborers working in a vineyard in Matthew 20.

The Parable of the Laborers

In what is sometimes called the Parable of the Gracious Landowner, an owner of a vineyard begins hiring laborers at sunrise to bring in the harvest. Most ancient Galileans worked in agriculture, so they would have been familiar with a story about unemployed, landless workers lining up early for work. Some brought in the harvest, others provided security, and boys or even shepherds and goatherders might drive the animals. Some men might work the entire day, and others might work only a portion of the day.

In Jesus’ parable, the landowner began hiring in the day’s first hour (about 6:00 a.m.). The landowner continued hiring men throughout the day until it was the eleventh hour (5:00 p.m.). All the hired laborers agreed to work in exchange for one denarius, which is one day’s wage.

At the end of the day (6:00 p.m.), the landowner gathered the laborers to pay them, a typical daily practice so the men could feed themselves and their families (Leviticus 19:13; Deuteronomy 24:15). He first paid those hired last.

Those hired first (early in the day) were naturally outraged. Surely, they deserved more than the others after working twelve hours in the hot sun.

The landowner kindly replies that it is his money, and he can do with it as he pleases. Besides, the agreement was that he would pay the first-hour laborers one denarius. What is it to them if he wanted to pay the other men the same amount? In this way, the landowner makes the disgruntled workers aware that he has not wronged anyone simply because he was extra benevolent.

Jesus sums up His lesson in verse 16 by repeating Matthew 19:30: “So the last will be first, and the first last.”

What is Jesus trying to say? How is the last laborer first? And how could the first one—the one who had worked all day—be last? 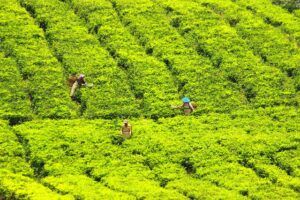 Responding to the Call

The parable’s first-hour workers represent the Jewish people, and the later workers represent Gentiles. Theologically, Jesus’ parable explains the reward that awaits all who answer the call of salvation. It does not matter who they are (Jewish or Gentile), when they received the gift of grace or began working for the kingdom, or how hard they worked.

Those who labor for the Lord all their life (the first hour) receive the same grace and eternal life as the one who receives it at the eleventh hour. The criminal who hung on the cross next to Jesus is an excellent example of eleventh-hour grace. In contrast to the twelve disciples, Jesus welcomed him into heaven just before he drew his last breath.

The only thing that matters is our response to God’s calling. Those who answer the call and receive His grace, regardless of the timing, will gain the same reward of eternal life. Yet, Jesus’ parable gives us an unfortunate truth in verse 16.

“For many are called, but few chosen.”

Some scholars compare this parable with a later rabbinic parable, where a king paid a very diligent worker much more than he paid the other workers. The diligent worker represented Israel, and the other workers represented Gentiles. The parable’s meaning is that God pays the Gentiles in this world for any good they do, but He will handsomely bless Israel forever in the world to come (see Sipra Behuqotai 2.262.1.9, a Jewish decree).

Jesus’ point in Matthew 20 is much different from the rabbinic parable. God’s blessing is not reserved only for His chosen people, Israel. His grace is for all who come to Him and serve in obedience, even those who seem the least likely to enter His kingdom.

God’s grace is not fair; it is generous to all. In His sovereignty, He may graciously bless whomever He chooses. He may choose to bless the eleventh-hour believer with eternal life just as He does the first-hour believer.

Mark 10 contains the same parable of the landowner and the laborers. One notable difference is how Jesus responds to Peter’s question regarding their reward. In addition to judging the tribes of Israel, Jesus assures them they will “receive a hundredfold now in this time—houses and brothers and sisters and mothers and children and lands.” But then Jesus adds something significant in verse thirty.

They will receive it “with persecutions.”

Jesus reminds us in John 16:33 that we will experience times of trial when we follow Him. Romans 8:16-17 affirms the Lord’s warning but also tells us of the blessing that comes with it.

“The Spirit Himself bears witness with our spirit that we are children of God, and if children, then heirs—heirs of God and joint heirs with Christ, if indeed we suffer with Him, that we may also be glorified together.”

The apostle Paul, the writer of Romans, reminds us that we will be mocked, ridiculed, teased, and maybe even physically tormented for our faith in Christ. But, as joint heirs of the Father’s, we will be glorified just as He glorifies Jesus. 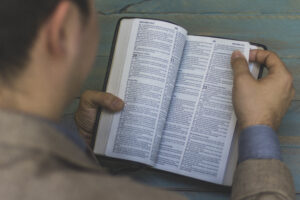 Hope in Our Suffering

Unfortunately, we should expect resistance to our Christian faith. Several Scriptures remind us of it, such as Philippians 1:29.

“For to you, it has been granted on behalf of Christ not only to believe in Him but also to suffer for His sake.”

Resistance to Christ is not new. The apostles and many members of the early church suffered much persecution. All the apostles died as martyrs except for John, who God spared to write the book of Revelation. Despite the oppression, Acts 5:41 says they rejoiced in it.

“So, they departed from the presence of the council, rejoicing that they were counted worthy to suffer shame for His name.”

Paul offers us hope in his second letter to Timothy, where he assures us that we will receive a blessing for our obedience to God. Paul himself experienced great persecution in Antioch (Acts 13:48-50) as well as several other places, which is why he gives us this important testimony.

Others may persecute us, but we always have the promise of eternal life in the presence of the Lord when we surrender our lives and follow Him.

The Lord’s grace is sufficient for all of us (2 Corinthians 12:9). It is available to everyone regardless of when we first believe, of our financial or societal position, or how religious we think we are. It is even available to those who think they are already good enough, like the rich young man.

Those who receive God’s mercy in the eleventh hour are no more worthy of it than those who received it as a child. Yet His mercy is for all if we accept His invitation and believe by faith (Acts 4:12). And though we may expect discrimination and mistreatment because of our faith, we can be assured of God’s promise of eternity with Him, daily in His glorious presence. 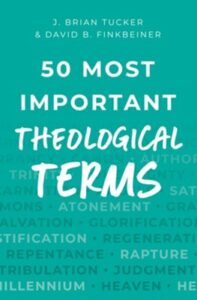 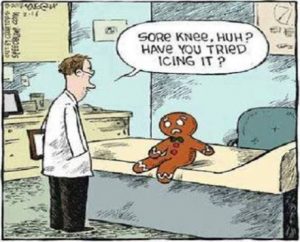