By Gina Gardner, Steppes of Faith 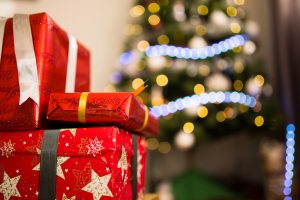 Like many of us this time of year, I’ve been going back over the Christmas story in the books of Matthew and Luke. I love rereading the “Charlie Brown” portion of the story of the shepherds in the field, the angels filling the sky, Jesus found in a manger, and the wise men visiting with their royal gifts. Such a beautiful story. And each time I read it, I learn something new that reminds me of just how big and great God is.

If you dig into the history of the time, you learn that the Roman census was the first one they ever conducted. The. First. One. EVER. The Roman army always needed soldiers and resources to build and expand their empire, especially after conquering a new country. But why would they suddenly want to conduct a census?  They had never done one or needed one before. Why now? Well, I’ll tell you why.

God Was Setting the Scene

God was busy setting the scene and putting everything in its place so that many prophecies would be fulfilled concerning the promised Messiah. He knew that it was vital that Joseph marry Mary so that the royal lineage going all the way back to Abraham would include Jesus. God promised Abraham that this would happen in Genesis 17:5-7 where He tells Abraham,

“No longer will your name be Abram, but your name will be Abraham; for I have made you a father of many nations. I will make you exceedingly fruitful; and I will make nations of you, and kings will come from you. And I will establish My covenant between Me and you and your descendants after you in their generations, for an everlasting covenant, to be God to you and your descendants after you.”

He knew that Mary’s cousin, Elizabeth, had to have a baby even in her old age so that the chosen one (John the Baptist) who would prepare the way for the king would be born. And He knew that Jesus had to be born in Bethlehem for it was prophesied in Micah 5:2,

“But you, Bethlehem Ephrathah, though you are little among the thousands of Judah, yet out of you shall come forth to Me the One to be Ruler in Israel, whose goings forth are from of old, from everlasting.”

So He moved an entire government, the largest and most powerful in the world at the time, to suddenly think that they needed to take a census in Israel.

God also knew that Mary and Joseph being in Bethlehem would be dangerous, so He was sure to time the census to be taken just before Mary was due to give birth and then they could leave again right away. It would be a brutal journey for Mary. Three days and 70 (some say even 90) miles on the back of a donkey and nine months pregnant. If you’re a mother, you can surely understand how miserable of a trip this was for her. But it had to be done or else there would be legal consequences. So off Mary and Joseph went.

You know the rest of the story from there, about there being no room to stay anywhere so they ended up in a barn (side note: Contrary to popular belief, the barn was not a cold place since farm animals were so vital to a family’s welfare that they were purposely kept warm during the cooler months, and so it was far more comfortable for a newborn baby than a room in an inn), the manger, the bright star, and everything else. But did you know that when Mary and Joseph had to flee to Egypt so King Herod wouldn’t find them also fulfilled another prophecy that the Son of Man would come up out of Egypt? It’s found in Hosea 11:1 which says, “Out of Egypt I have called my Son.”

He Can Make Big Things Happen

All of it illustrates just how big God is and what He can do to make big things happen. No lack of lodging, not nine months into a pregnancy, and certainly no government was going to prevent God from fulfilling His promise to bring the Messiah into the world in the just the right way to save us all from sin.

God is bigger than we can ever possibly imagine. His plans and methods are way beyond our comprehension. The prophet Isaiah tells us,

God is able to move and shake mountains, control the ocean tides, and set planets in perfect orbit around the sun. He can open doors to a better life for you, provide protection and comfort no matter your circumstances, and, most of all, save you from your sin so that you can be with Him eternally in heaven. There is literally nothing He can’t do. He is all powerful and nothing can stop Him from carrying out His perfect plans. He will even move an entire government do to His will.

God is the Perfect and Eternal Conductor 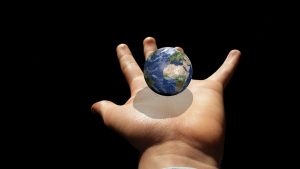 Isn’t it amazing and wonderful that God would and will do anything to ensure that each of us has a chance to meet Jesus? I don’t know about you, but I’m in awe of it. I’m stunned how God how was the perfect conductor of every necessary event to usher Jesus into the world over 2,000 years ago. And He’s still moving people and governments today. That’s a comforting thought to me. He’s still in control.

As you hear the Christmas story again this year, I pray you realize God’s power in a new way. May it bless you knowing that He’s in control and that everything He’s doing is for the good of His people. He loves us too much not to.

Have you ever thought about why things happened the way they happened for Joseph and Mary? Did you think it was just all coincidence? Or did you realize God’s power? Leave your comments here. Let’s talk about how big and powerful God is and how He’s using that power in your life. I’d love to hear from you.

Christmas reminds us of God’s goodness and love, and it invites us to be in His presence. The Magi felt this and this is what they learned.   Click Here: In His Presence: The Lesson of the Magi