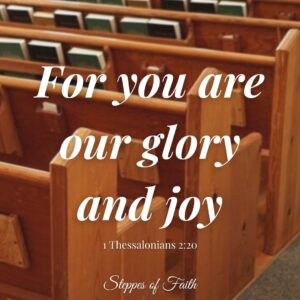 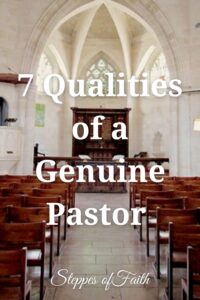 When we think of the apostle Paul, we often forget he was foremost a pastor. As he traveled around the Mediterranean area, he not only planted churches but also watched over them like a loving mother. His epistles in the New Testament are all letters of love and encouragement for the new Christians he encountered. Two such letters are to the church in Thessalonica.

Paul established himself as a genuine pastor during his time in Thessalonica, and the church loved him. However, false teachers and nonbelievers were enraged that some Jews had converted to Christianity and ran him and his partner, Silas, out of town after only three weeks. His quick departure broke his heart, knowing he was leaving his new converts to fend for themselves.

In his first letter to the Thessalonian church, he shares his concern for them as they endure persecution. He answers the Jews’ false accusations and humbly defends his actions. He also perhaps unwittingly details what characterizes a good pastor so a church can thrive in persecution.

On Fire for Christ

Before going to Thessalonica, Paul and Silas preached in Philippi, where they were beaten and imprisoned (Acts 16). Despite not knowing what to expect, they decided to travel to Thessalonica and preach the gospel in the synagogue. Many people came to Christ, including Jews and wealthy women in the community (Acts 17).

Paul was excited for the people’s quick acceptance of him and the gospel. They were what many describe as “on fire for Christ.” Amid the celebration, however, unbelieving Jews became hostile and ran the missionaries out of town.

Paul was extraordinarily concerned for his new flock, so he sent his protégé, Timothy, back to Thessalonica for an update on their progress. Timothy brought back an excellent report, so Paul wrote his first letter to the Thessalonian church to encourage them and defuse any tensions they had. He did not want them to be confused about who he was or the purpose of his visit. They needed to know his love and sincerity for them.

Among thousands of Christian churches worldwide, there are many pastors, each with their unique style and approach to shepherding a flock. In 1 Thessalonians 2, Paul details seven qualities of a genuine pastor that help us know if he has an upright heart toward the church.

Bold in the Lord

Paul and Silas’s treatment in Philippi probably would scare most pastors into either taking a break from ministry or quitting altogether. But they were committed to sharing the gospel message to anyone who would listen.

“But even after we had suffered before and were spitefully treated at Philippi, as you know, we were bold in our God to speak to you the gospel of God in much conflict.” (v2)

Even though the missionaries had no idea how the Thessalonians would receive them, they resolved to be bold in their ministry. They were willing to do whatever it took to speak the truth.

A good pastor is never reluctant to speak the word of God. He will tell you the truth even if you do not like it. Many parts of the Bible rub people the wrong way, particularly those pertaining to sensitive topics. A bold pastor will tell the truth and not preach whatever itchy ears want to hear (2 Timothy 4:3).

People may not like hearing the truth, especially if it goes against their own “truth.” But a genuine pastor is not afraid of these kinds of battles and arguments. He sticks to the truth of God’s word, and he is bold with it regardless of the cost. He is unashamed of the gospel (Romans 1:16).

[READ MORE: Is It Okay for Women to Become Pastors?] 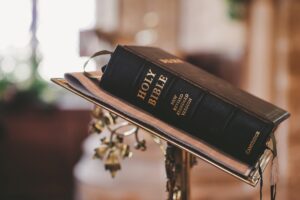 “For our exhortation did not come from error or uncleanness, nor was it in deceit.” (v3)

Paul draws a distinct contrast between his ministry and false teachers in verse three. He claims his message is without error and deception (see also v5). They were always authentic and truthful. He made the same claim in his letter to the church in Corinth.

“But we have renounced the hidden image of shame, not walking in craftiness nor handling the word of God deceitfully, but my manifestation of the truth commending ourselves to every man’s conscience in the sight of God.” 2 Corinthians 4:2

The Greek word for deceit Paul uses here in 2 Corinthians 4:2 means “to tamper with.” It refers to the unethical business practice of diluting wine with water, which was common at the time (John 2:1-11). False teachers accused Paul of being like a wine steward using “craftiness” and twisting the Scriptures, of pretending godliness when he was corrupt. He was, after all, formerly a persecutor and executioner of Christians (Acts 22).

Such accusations are why Paul is likely so emphatic about the honesty of his ministry. In so doing, he sets a standard for all pastors—they should be just as authentic as their preaching. A good pastor is always genuine.

“But as we have been approved by God to be entrusted with the gospel, even so, we speak, not as pleasing men but God who tests our hearts.” (v4)

When Jesus stopped Saul/Paul on the road to Damascus (Acts 8), He called Paul into ministry. Jesus personally entrusted him to spread the gospel. Though false teachers mocked him and tried to discredit him, he knew Jesus Himself trusted him.

Jesus’ manner of calling Paul into ministry proves his divine appointment. And Paul knows the only one he must answer to is Jesus. He is not in ministry to please men. He is there only for God.

Genuine pastors are not in ministry solely to become rich or famous, open as many campuses as possible, or fill the sanctuary to maximum capacity for statistical reasons. They are not in it to receive “glory from men (v6).” Good pastors are only concerned with the integrity of God’s word and telling as many people about it as they can. The salvation of souls is priority one.

Many times, in his letters, Paul refers to loving the church as a parent loves their child. Paul knows ministry takes a gentle touch, which is why he says in verses seven and eight:

“But we were gentle among you, just as a nursing mother cherishes her own children. So affectionately longing for you, we were well pleased to impart to you not only the gospel of God but also our own lives because you had become dear to us.”

Paul’s affection for the Thessalonians was so strong he was willing to make sacrifices as a mother does for her children. He would gladly die for them just as a mother would and just as Jesus died for us. It was his absolute pleasure to share his life and the gospel with them.

Good pastors put their congregation’s needs before their own, and it is a great pleasure to them to do so. 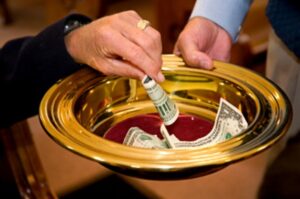 The Business of Salvation

“For you remember, brethren, our labor and toil, for laboring night and day, that we might not be a burden to any of you, we preached to you the gospel of God.” (v9)

In Paul’s time, it was common practice for a church to take up a collection to help pay a visiting pastor. Paul was unwilling to allow the Thessalonians to do that. He was a skilled tent-maker (Acts 18:1-4), so he earned his own money to pay for his travel needs. He also received money from the church in Philippi (Philippians 4:16).

Paul did not want to burden any church financially struggling under the persecution of unbelievers, and he did not want his motives questioned. False teachers, on the other hand, gladly took any money offered to them and had little care for their behavior.

Good pastors are never in the business of taking people’s money to gain wealth. He is honest and responsible with the congregation’s money. He knows their tithes and gifts are to support the ministry and nothing else.

It does not mean a pastor should not be paid for his work; yes, he should. But a genuine pastor does not endeavor to build up his personal riches, especially if the church is financially struggling. Such behavior is greedy, self-serving, selfish, and lacking compassion.

A good pastor has one clear and honest motive—to bring others to Christ with a humble and dedicated ministry.

The Standard of a Genuine Pastor

Good behavior goes hand in hand with good character, and Paul and Silas exemplified it.

“You are witnesses, and God also, how devoutly and justly, and blamelessly we behaved ourselves among you who believe.” (v10)

Under Mosaic Law, two or more witnesses are required to verify the truth of a matter (we also see this in Matthew 18:20, probably the most misapplied verse in all of Scripture). Paul, therefore, calls on the Thessalonians and God Himself to affirm the truth of his holy conduct when he was with them.

Paul then reminds them of his love for them.

“As you know how we exhorted and comforted and charged every one of you, as a father does his own children, that you would walk worthy of God who calls you into His own kingdom and glory.” (v10-11)

Paul loves the Thessalonians so much he feels like they are his own children, even if it is just in faith. His care is why he desires to continue encouraging and comforting them as they grow while instructing them to “walk worthy of God.”

Genuine pastors love their congregations. He feels endeared to them and longs to help them grow into spiritual maturity. He encourages his flock and teaches them how to be strong in their faith so they, in turn, can guide others into the truth of God.

Good pastors have a heart of service.

Paul was indeed a good pastor with a true heart for God and his flock. He was honest, gentle, nurturing, willing to work, trustworthy, devoted, encouraging, and comforting. He boldly shared the gospel, and he always put God first.

Paul sets an excellent example for all pastors to aspire.

5 Replies to “7 Qualities of a Genuine Pastor”