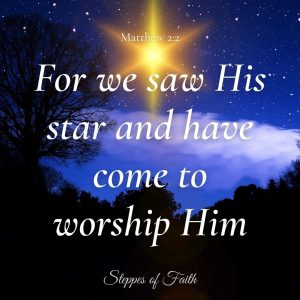 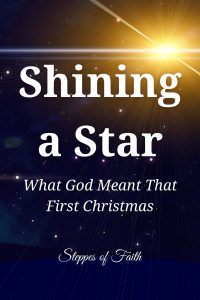 “For we saw His star when it rose and have come to worship Him.” Matthew 2:2

Sometimes, we read about events in the Bible that don’t seem to make sense. Take the Christmas story, for example. Three of its main events include an unprecedented census, the sudden appearance of angels to a group of shepherds, and a bright star leading the Magi to Bethlehem.

Why would a census suddenly be taken?

How could the Magi follow a bright star hundreds of miles to a manger holding the newly-born Jesus?

And how did the shepherds know where to find Jesus?

It’s normal for believers to have questions about the Scriptures. We can regard our questions as the Holy Spirit’s leading, which is why God has more for us to learn from the Christmas story than a simple tale of the Messiah’s birth.

During Mary’s pregnancy, the Roman emperor Caesar Augustus decreed a census of all the men in Israel.

Up to this time, Jews were not allowed to serve in the Roman army, but Augustus decided to change this rule. He established a series of surveys taken every fourteen years, each being a headcount for military conscription (which only added to the Jews’ hate for the Romans).

To complete the census, Augustus required every Jewish man from every tribe to return to his hometown and register. And so, Joseph, being a member of King David’s lineage, returned to his and David’s hometown of Bethlehem. He and his very pregnant wife packed up their belongings, placed it all on the back of a donkey, and started on their 96-mile journey.

What is amazing about this event isn’t that Augustus took a census but that it was the first one ever. Never before had a ruler wanted to count every able-bodied man in his kingdom, but it was all to fulfill an Old Testament prophecy.

“But you, Bethlehem Ephrathah, though you are little among the thousands of Judah, yet out of you shall come forth to Me the One to be Ruler in Israel whose goings forth are from of old, from everlasting.” Micah 5:2

To fulfill the prophecy, God placed the unheard-of idea in Augustus’ head to take a census requiring Joseph and Mary to travel to Bethlehem. Without such a compulsion, Jesus would not have been born in Bethlehem but in Nazareth. 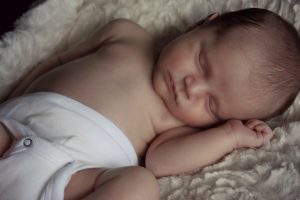 Another element of Christmas is the bright star in the sky that guided the Magi to Jesus. For decades, many astronomers have tried to explain how such a bright light could have possibly occurred. Some have suggested it was a meteor, while others say it was a nova or supernova.

One possible idea is that Jupiter was in conjunction with Saturn by one degree in 7 B.C. Together, they passed through the sky three times that year, creating a “super conjunction,” according to astronomical charts. Such a display in the sky would have certainly gained the attention of the Magi, who regularly studied the stars.

Four years later, Jupiter was in conjunction with Venus within the constellation Leo in 3 B.C. Israelites considered Leo a sacred part of the sky whenever it appeared. Later, during the time of the early church, individual Christians correlated the constellation to Jesus as the Lion of Judah.

According to astronomers, when Jupiter, Venus, and Leo aligned in August of 3 B.C., the sun’s reflection created an overwhelming light. Such close conjunction would have appeared in the eastern dawn sky, making it very easy for the Magi “in the East (Matthew 2:2)” to see.

The Planets and Stars Align

During the day, Venus would disappear, but Jupiter and Leo continued to shine. And this, along with other incredible star conjunctions, continued for ten months. Theoretically, it alerted the Magi and gave them plenty of time to travel to Jerusalem until they met with King Herod in the late spring of 2 B.C. Bible theorists speculate that Herod’s chief priests and scribes probably missed these incredible events because they always occurred in the pre-dawn hours when the priests and scribes were likely sleeping.

According to star charts, Leo began to sink in the sky in June 2 B.C. But Jupiter and Venus continued to move closer together until they were within only 0.6 arc minutes of each other (for reference, the stars in Big Dipper’s handle are 12 arc minutes apart). The two planets appeared to be almost on top of each other. It might have looked like a bright beacon in the sky during the twilight evening hours.

This supernatural event may have guided the Magi hundreds of miles to Bethlehem. Their astuteness of the skies and knowledge of prophecy likely prompted them to travel hundreds of miles until they found Jesus. 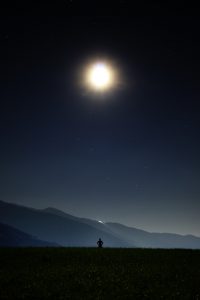 Following a star across hundreds of miles is one thing. But how could the Magi precisely follow a star only six miles from Jerusalem to Bethlehem?

The Bible does not tell us how the Magi found the exact place where Mary, Joseph, and Jesus were. Some theorize it may have been something as simple as asking the neighbors, which the Bible indicates by the use of the present participle of “saying” in Matthew 2:2.

“Now after Jesus was born in Bethlehem of Judea in the days of Herod the king, behold, wise men from the East came to Jerusalem, saying, ‘Where is He who has been born King of the Jews? For we have seen His star in the East and have come to worship Him.'”

Such use of grammar in Matthew 2:2 could indicate the Magi went around town continuously asking everyone they encountered where Jesus was. But this is only speculation.

Science alone cannot fully explain what happened in the sky the year the Magi visited baby Jesus. Astronomer Hubert J. Bernhard at San Francisco’s Morrison Planetarium fully admitted this in a lecture in 1967.

“If you accept the story told in the Bible as the literal truth, then the Christmas Star could not have been a natural apparition. Its movement in the sky and its ability to stand above and mark a single building; these would indicate that it was not a normal phenomenon, but a supernatural sign. One given from on high and one that science will never be able to explain.”

God alone controls the heavens. He created them (Genesis 1:1), He counts the stars and knows them by name (Psalm 147:4), and He alone ordains what the stars do.

“It is I who made the earth and created man upon it. I stretched out the heavens with My hands, and I ordained all their host.” Isaiah 45:12

Only God could have aligned the planets and stars so the Magi could find Jesus and worship Him. But the more likely explanation of the star isn’t an unusual alignment of planets but the shekinah glory of God Himself.

Shekinah glory is the physical manifestation of God’s presence.

“When Moses entered the tent, the pillar of cloud would come down and remain at the entrance to the tent.” (Exodus 33:9)

“Then the LORD descended in a pillar of cloud, stood at the entrance to the tent, and summoned Aaron and Miriam.” (Numbers 12:5)

“The LORD appeared at the tent in a pillar of cloud, and the cloud stood at the entrance to the tent.” (Deuteronomy 31:15)

God is still performing miraculous signs that lead us to Jesus so that we may worship the one true King. But in the case of the Magi, it likely was not an alignment of planets but the glorious presence of God leading them straight to Jesus, lying in a manger.

Did the Shepherds See a Star?

Most Christmas stories on television and in books depict certain shepherds finding Jesus in a barn somewhere in Bethlehem.

We do not know the exact date of Jesus’ birth, and many scholars believe it was likely not in December. However, historians have determined King Herod’s death to be sometime between 4 and 1 B.C. Therefore, Jesus’ birth and the Magi’s discovery of Him later must have occurred during this timeframe. And that lines up with the previous discussion of what historical astronomical charts show.

But notice the account of the shepherds in Luke 2. There is no mention of any stars, only the shekinah glory of the Lord shining around them.

“And behold, an angel of the Lord stood before them, and the glory of the Lord shone around them, and they were greatly afraid…So it was, when the angels had gone away from them into heaven, the shepherds said to one another, ‘Let us now go to Bethlehem and see this thing that has come to pass, which the Lord has made known to us.’ And they came with haste and found Mary and Joseph and the Babe lying in a manger.” Luke 2:9,15-16

These priest shepherds did not have a star to follow. They only had information from the angels to go to the City of David, which they already knew as Bethlehem.

Once they saw Jesus, they evidently could not contain their excitement.

“Now when they had seen Him, they made widely known the saying which was told them concerning this Child.” Luke 2:17

[READ MORE: The Real Truth About the Shepherds on That First Christmas Night] 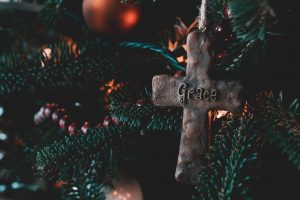 God’s Will for You

Whether it is the sudden idea of taking a census, a supposed conjunction of planets and stars, or a personal visit from heavenly angels providing direct information, God indeed moved heaven and earth to ensure the fulfillment of prophecy.

Why would God go to so much trouble?

It wasn’t just for the sake of prophecy alone. God did (and still does) these things to compel us to find Jesus, surrender to His grace, and worship Him. And God will continue to do this until Jesus returns to claim His kingdom. Jesus Himself tells us this in John 4:23.

“But the hour is coming, and now is, when the true worshipers will worship the Father in spirit and truth; for the Father is seeking such to worship Him.”

God will do anything to draw you to His saving grace. He is seeking—not hoping and wishing, but actively seeking—us to worship Him. This is His will for us.

We may be unable to explain everything that happened in the days leading up to Jesus’ birth, when the Magi and shepherds visited, or any other part of the Bible. Some parts will not make immediate sense to us on this side of heaven. But His will for us is always the same.

God still invites us to go and find Jesus and make widely known His glory and love every day to everyone we meet until we finally see Him face to face one wonderful day.