“But only the high priest entered the inner room, and that only once a year, and never without blood.” Hebrews 9:7

In 19 B.C., King Herod the Great started rebuilding the Jewish temple in Jerusalem, including the Holy of Holies. Herod was widely known for his spectacular buildings, and the temple was no exception. In fact, the temple was probably his most beautiful achievement. From its enormous entry gates to the royal portico, and from the courts to the inner Holy of Holies, Herod’s temple (also called the second temple), spared nothing in making sure it would be the grandest building in the entire world.

Last week, we took a walk through the Temple. We explored a few of the gates and experienced the excitement of the crowd as the people came together to celebrate Yom Kippur. We walked through the Temple, beginning with the Gentile Court. Then we made our way through the Woman’s Court and the Man’s Court all the way to the Priest’s Court.

This week, we’ll experience what it was like to be the High Priest from a first person perspective. We’ll go past the Priest’s Court to the outer sanctuary called the Lesser Holy Place where we’ll perform the annual Yom Kippur ceremony. We’ll interact with the other priests as they prepare the sacrifices. Then we’ll go behind the veil to the restricted Holy of Holies to encounter God face to face.

But first, what is the Holy of Holies exactly?

The Holy of Holies

You and all Jews believe God’s actual holy presence dwells in the Holy of Holies. Only a mere veil separates you from the Lord Himself. If anyone other than the High Priest enters the Holy of Holies, he would instantly die, a belief is based on Leviticus 16:2.

“And the Lord said to Moses, ‘Tell Aaron your brother not to come at just any time into the Holy Place inside the veil, before the mercy seat which is on the ark, lest he die; for I will appear in the cloud above the mercy seat.’”

As the High Priest, you are the only one permitted to enter the Holy of Holies, and you are allowed inside only one time a year—on Yom Kippur, the Day of Atonement. This is the festival where the High Priest performs the ceremony of sacrifice to God. It is your job to make atonement for both your sins and the sins of the people by offering animal sacrifices and sprinkling their blood inside the Holy of Holies.

“But only the high priest entered the inner room, and that only once a year, and never without blood, which he offered for himself and for the sins the people had committed in ignorance.” Hebrews 9:7

It is time to begin the ceremony, but first, you must change into the High Priest’s garments. 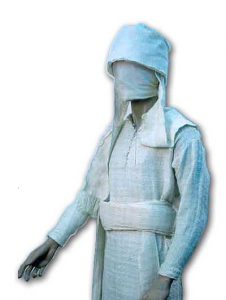 For this sacred ceremony, you do not wear the ornate vestiges the priests typically wear. Instead, you dress in traditional ceremonial clothes worn only by the High Priest: a tunic covered with an ephod (a piece of cloth that hangs over the tunic and fastens around the waist), and a hoshen (priestly breastplate). You also have a thick belt wrapped around your body just above your hips and a hat that covers a long scarf-like cloth on your head.

Your entire outfit is made of simple white linen with no customary colors or gold clasps like your usual High Priest garment. There is no colorful and ornate belt, and no precious stones as commanded by Aaron in the book of Exodus. Everything is completely plain and white to show your humility.

You also notice you have a rope wrapped around your waist. Since they cannot go behind the veil with you, your fellow priests have tied the rope around you so they can pull you out in case something should mysteriously happen to you while you’re in God’s presence. Remember, if they were to go in to help you, they would instantly die, so the rope is the only form of rescue.

You are all dressed, and everything is ready. Let’s finally enter the Lesser Holy Place and then the Holy of Holies.

Inside the Lesser Holy Place

The entrance to the outer sanctuary is a staggering 65 feet tall, and the terraced roof is 165 feet high where golden spikes are placed to keep birds and their droppings away. The walls are made of huge boards sitting on silver feet and held together with wooden bolts.

You walk through a thick (4 inches) curtain woven with a map of the known world hanging across the doorway so no one can see what’s inside except for the priests assigned to assist you before you go behind the veil. Right now, you are in what’s called the Lesser Holy Place, or sometimes just called the Holy Place, on the outside of the veil.

Before you, you see the golden Brazen Altar used for the incense offering, a golden menorah for the “light to never be extinguished,” and a gilt table with twelve loaves of fresh shewbread. Here, you pray and burn incense on the Brazen Altar, creating enough smoke to block your full view of the mercy seat of God.

Another priest will supervise the Brazen Altar of incense while you are in the Holy of Holies. He looks you over one last time and declares you all ready.

It’s time for you to go behind the holy veil.

Behind the Holy Veil

In Hebrew, “veil” means a divider or separator that hides. Its purpose is to hide the glory of God from sinful men as well as to keep men from carelessly entering His presence. This is why the High Priest is the only one who may enter the Holy of Holies. 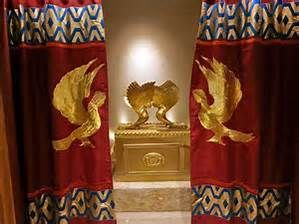 The veil is a thick, woven piece of linen made of blue, purple, white, and scarlet threads with figures of cherubim (angels) embroidered onto it. Many scholars believe Herod built the Holy of Holies to the exact same dimensions as Solomon’s Temple (1 Kings 6:19-20), which means the veil you see is 30 feet high, 30 feet long, and 30 feet wide.

You step through the veil in a cloud of smoke, where you can faintly see two huge golden cherubim standing on either side of the room.

You see a large rise in the center of the floor that designates the place where the Ark of the Covenant would have stood. This the Mercy Seat that God mentioned in Leviticus 16:2, “…For I will appear in the cloud upon the mercy seat.”

The Mercy Seat is also sometimes called Shekinah, which is an English transliteration of a Hebrew word meaning “dwelling” or “settling of the divine presence of God.”

The second time inside, you sprinkle the sacrificial blood of the bull on the Mercy Seat to atone for both your sins and that of your household. If you were the High Priest in Solomon’s Temple (the first temple), you would have burned incense on the Mercy Seat. But because the Ark of the Covenant has been destroyed, you now sprinkle the sacrificial blood on it and burn the incense on the Brazen Altar. 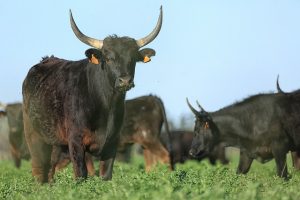 Dip your fingers in the bowl of blood and flick your fingers seven times toward the Mercy Seat. You continue praying as you again leave the Holy of Holies.

On the third time inside, you sprinkle the blood of the goat to atone for the sins of Israel. Dip your fingers in the goat’s blood and flick your fingers again seven times toward (but not on) the veil.

Now, you step back through the veil and out of the Holy of Holies to sprinkle the blood toward (but not on) the Brazen Altar and the prepared burnt offering.

While you were behind the veil, the priests brought another goat into the Holy Place. This is the scapegoat.

“He shall take the two goats and present them before the LORD at the door of the tabernacle of meeting. Then Aaron shall cast lots for the two goats, one lot for the LORD and the other lot for the scapegoat. And Aaron shall bring the goat on which the LORD’s lot fell and offer it as a sin offering. But the goat on which the lot fell for the scapegoat shall be presented alive before the LORD to make atonement upon it and to let it go as the scapegoat into the wilderness.” Leviticus 16:7-10

As the Torah instructs you to do, you place the sins of the people on the scapegoat and place their confession onto it. A priest then leads the goat away to be released in the wilderness. Some resources say the scapegoat was also killed (in addition to the one sacrificed by the priests) by pushing it off a cliff. If that is true, the priests were not keeping the Lord’s command correctly, as we see in Leviticus 16.

After you place the sins of the people on the goat and send it away, you head back to the Woman’s Court for a traditional reading from the Torah and offer prayers for the people. Then you finish your duty by going back to the Holy of Holies for the fourth and final time to present the burnt offerings. 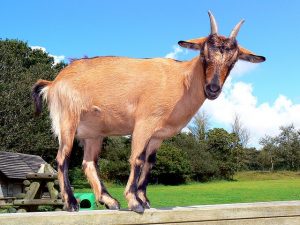 The Last of the High Priests

With your duties as High Priest now finished, you go back through the veil to the Lesser Holy Place to change.

Turn to your right to find a room where you can wash up and change back into your usual priestly garments. Once you are finished, you are free to rejoin your fellow priests and the Temple guests on the plaza. Throughout the remainder of the day, you and all the people will continue praying, singing, and celebrating that God has forgiven your sins and the sins of the nation for another year.

You do not know it yet, but you are one of the last of the Jewish High Priests to serve in the Temple. The Romans are upset and are coming to attack Jerusalem and Herod’s great creation. Soon there will be no place to offer a national sacrifice to God.

By the second century, the priests are no longer Levite descendants but men appointed by corrupt Roman officials. Sometimes, the men are simply chosen by casting lots. Eventually, the last of the High Priests will cease to exist, and the office will completely disappear.

So, what happened to the Temple? Why did the Romans destroy such a magnificent structure? Is anything left? What is there now? Will there be a third temple someday?

We’ll answer these questions plus discover how the Temple’s destruction was repeatedly foretold by Jesus and others next week in the final part of this study of Herod’s Temple. 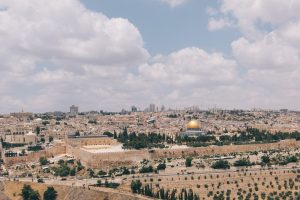