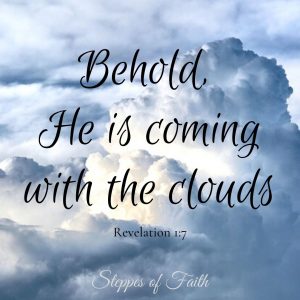 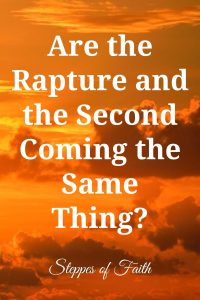 “Behold, He is coming with the clouds.” Revelation 1:7

With the world being as it is these days, many of us have wondered if we are in “the end times.” The answer to that is no, not yet, but we can feel those times coming. As a result, many people are talking about the Rapture and the Tribulation.

It is good these topics are finally garnering attention again. The problem is many people do not exactly know what they are, or they are confused about which is which or if it is all the same. And of those who do know something about it, they often have definite opinions about when the Rapture will occur, but they may be wrong.

Which theory is correct? It is not enough for us to have our own opinions. We must filter everything through God’s holy word, or else we risk missing or corrupting the truth. And as Christians, it is imperative we educate ourselves about end-times doctrine.

What is the Rapture?

It is unfortunate to say but rarely do churches talk about the Rapture these days. If they do, there tends to be some confusion. It may be due to almost two-thirds of today’s pastors never went to seminary (not that a seminary education is necessary but is extremely helpful) nor have earned a college degree. And of those who have a degree, twenty-six percent—especially pastors under the age of 45—believe the Rapture is the same thing as Jesus’ second coming.1

Our universities are no help either. They tend to disclaim or skew the Rapture doctrine or avoid talking about altogether. And if they do talk about it, it tends to be more of a side note while teaching apocalyptic evangelicalism. The lack of educational focus often causes students to abandon the doctrine completely after they graduate.

So, without intentional education and in the presence of such apathy, we are left wondering what is the Rapture exactly?

One interesting fact is the English word rapture (meaning “to seize, snatch, or be carried away” in Latin) does not appear anywhere in the English Bible. But, it does appear as the Greek word harpazo (har-pad-zo, “to be caught together”) in 1 Thessalonians 4:17.

“Then we who are alive and remain shall be caught up together (harpazo) with them in the clouds to meet the Lord in the air. And thus, we shall always be with the Lord.”

And so, we know Scripture clearly teaches about the Rapture. But what is it exactly?

Some people believe it refers to Jesus’ second coming on the Day of the Lord. Others believe it is when Jesus comes to take His church to heaven. And still, others have no idea. 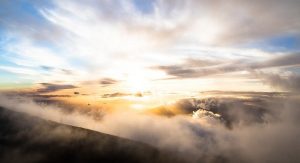 The correct answer is when Jesus comes to take His church–both dead and alive–to heaven. We find evidence of this not only in 1 Thessalonians 4:13-17 but also 1 Corinthians 15:50-54.

“We shall not all sleep, but we shall all be changed—in a moment, in the twinkling of an eye, at the last trumpet. For the trumpet will sound, and the dead will be raised incorruptible, and we shall be changed.” 1 Corinthians 15:51-52

Here, we read a great trumpet will sound from heaven, and that is when all born-again believers (John 14:3) will be gathered to meet Jesus in the air and ascend together to heaven.

There will be no forewarning.

“All the nations will be gathered before Him, and He will separate them one from another, as a shepherd divides the sheep [believers] from the goats [non-believers]. And He will set the sheep on His right hand [the place of authority], but the goats on the left.” Matthew 25:32 (my additions)

The Bible says the Rapture will happen in “the twinkling of an eye,” and at that point, we will receive glorified (“incorruptible,” 1 Cor 15:52) bodies devoid of sin, worthy of entering God’s holy dominion. Philippians 3:20-21 also says our “lowly” bodies will be transformed.

“For our citizenship is in heaven, from which we also eagerly wait for the Savior, the Lord Jesus Christ, who will transform our lowly body that it may be conformed to His glorious body, according to the workings by which He is able even to subdue all things to Himself.”

One wonderful day, those who are in Christ, which is to say born again in the Spirit (John 14:3), will be raptured, and we will forever be with Him.

Christ’s second coming is also clearly biblical, even for casual Bible readers. We find evidence of it in Daniel 2:7, Isaiah 11, Zechariah 14, Zephaniah 1:14-17, Revelation 19-20, and many other places. This event is separate from the Rapture.

At His reappearance, Jesus will reign for 1,000 years from David’s throne in Jerusalem while Satan is bound and put in a bottomless pit (Revelation 20:1-3). All this occurs at Jesus’ second appearance, on the Day of the Lord, at the end of the Tribulation.

We are currently in the premillennial period, the time before Jesus returns. And if you believe what Revelation 20 says, you are what is called a Premillennial.

Premillennialists typically hold one of three different theories concerning the timing of the Rapture—pre-tribulation, post-tribulation, or mid-tribulation.

To break it down even more, those who are of the mid-tribulation school of thought tend to have two different views.

Some believe there will be a “pre-wrath” Rapture that will occur sometime during the second half of the seven-year Tribulation. Others believe there will be a “partial” Rapture where “spiritual Christians” will be raptured, but all other Christians will endure the entire Tribulation. This view focuses more on a person’s qualifications to be raptured (which is entirely unbiblical) instead of purely when the Tribulation will occur.

By far, the more popular beliefs are pre- and post-tribulation, though careful study leads most to conclude the correct timing of the Rapture will be before the Tribulation. 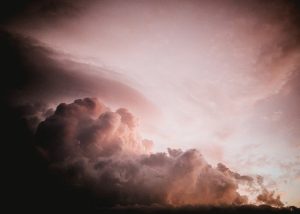 The Rapture vs. the Second Coming

Again, the Rapture and Jesus’ second coming are two separate biblical events. His second coming occurs after the Rapture on what the Bible refers to as the Day of the Lord, and it is when Jesus wars against Satan directly. Let’s look at some other key differences.

“Then the Lord will go forth and fight against those nations, as He fights in the day of battle.” Zechariah 14:4

“Then the sign of the Son of Man will appear in heaven, and then all the tribes of the earth will mourn, and they will see the Son of Man coming on the clouds of heaven with power and great glory.” Matthew 24:30

“Behold, He is coming with the clouds, and every eye will see Him, even they who pierced Him. And all the tribes of the earth will mourn because of Him.” Revelation 1:7

“And the armies in heaven, clothed in fine linen, white and clean, followed Him on white horses.” Revelation 19:14

The Rapture occurs first, then Jesus will return on the Day of the Lord. Thankfully, born-again believers in Christ will be snatched away by the Lord before this awful and terrifying final period of the earth’s existence.

No one knows the exact day or time of the Rapture or the Day of the Lord, but there will be signs indicating their approach. We find examples of these signs in the books of Daniel, Ezekiel, Matthew, 1 Thessalonians, and others. Both non-believers and believers in Christ should familiarize themselves with these signs and prepare.

As Jesus Himself said, it would be best to avoid the anti-Christ and his evil empire completely.

“Therefore, when you see the abomination of desolation spoken of by Daniel the prophet, standing in the holy place (whoever reads, let him understand), then let those who are in Judea flee to the mountains. Let him who is on the housetop not go down to take anything out of his house. And let him who is in the field not go back to get his clothes. But woe to those who are pregnant and to those who are nursing babies in those days! And pray that your flight may not be in winter or on the Sabbath. For then there will be great tribulation, such as has not been since the beginning of the world until this time, no, nor ever shall be.” Matthew 24:15-21 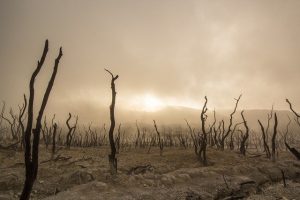 1 Why the Rapture Doctrine is Being Left Behind. Chris Katella, Israel My Glory. January/February 2018, vol. 76. Page 21.

Pastor David Jeremiah, who is exceptionally knowledgeable about the book of Revelation, created a very helpful chart of the timing of Tribulation events. Download it here for your own personal study. >>>>  revtimedi-blog

8 Replies to “Are the Rapture and the Second Coming the Same Thing?”