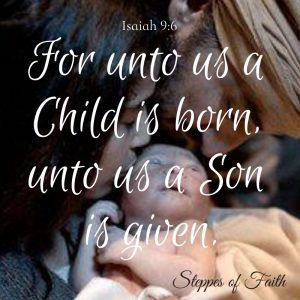 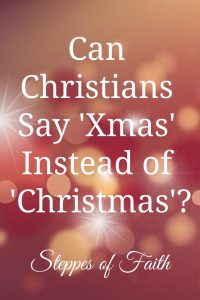 It’s here! It’s finally Christmas! I love the holiday cheer, all the lights and decorations, the songs, the eggnog, and a renewed feeling of hope. But it seems some people, even Christians, are just plain humbug. To them, it’s not Christmas, it’s Xmas.

What’s up with that? Why do people sometimes use Xmas? Why do they delete Christ from Christmas? Is it just plain disrespect? Laziness? Atheism gone amok? Something else?

To be fair, lots of people believe it’s okay to use the X, but how about for Christians? Is it okay for our brothers and sisters in Christ to use it? Is it a sin? And, for heaven’s sake, why an X and not some other letter?

I’ve been curious about this issue for a long time, so this year I finally researched the history of the X. I was rather surprised by what I learned. Maybe you will be too. Either way, it brings up the essential question: Can Christians say Xmas instead of Christmas?

I have a hard time believing I’m all alone with the X issue. Many of us are like town criers regularly shouting, “Keep Christ in Christmas!” But, as it turns out, He was never taken out. The X in Xmas is deeply rooted in Christian principles beginning with the Greek people.

The X is said to stand for the first letter of the Greek word for Christ which is “Xristos.” The Greek letter X in Xristos is Chi, and since it is the first letter of Christ’s name it was a common practice as far back as 1021 A.D. to replace “Christ” with an X.

On top of that, not only did X represent the first letter in Christ’s name, it also looked like a cross, so clerics often used X in their manuscripts.

But even before they used an X, they used XP (not the Windows operating system). The Greek letters for X and P are Chi-Roh, and the symbol for Chi-Roh, or labarum, is an X with a P overlay. The symbol may seem familiar to some of you.

Emperor Constantine of Rome, who established Christianity as the official religion of Rome, used the XP symbol first for military use, but over time it became a more general religious symbol. Eventually, the P was dropped.

Ancient Christian priests and teachers may have used X instead of Christ for a couple of different conservation reasons—time, space, and ink.

Time. Christian leaders often wrote long manuscripts where they had to write Christ numerous times. Using an X would make the writing go so much faster.

Space. Parchment paper, the most commonly used type of paper 1,000 years ago, was very expensive. Using an X instead of Christ’s full name would save space and paper.

Ink. Just like parchment paper, ink was extraordinarily expensive. Very few people could afford to own it. So, if you had some, you used it very sparingly. Writing an X saved ink and money while preserving the reverence intended for Christ’s name.

The expense of ink is the same reason many people throughout history signed documents with an X instead of their full name. The X, a representation of Christ and the cross, would also prove that you could be trusted to fulfill your contractual obligations.

If the X has a religious origin, is it okay then to use it today? I suppose it is. The Bible does not declare it a sin or anything like that. But some folks, including purists like me, believe we should keep Christ in Christmas. He’s the Christ, after all. Not Mr. X. 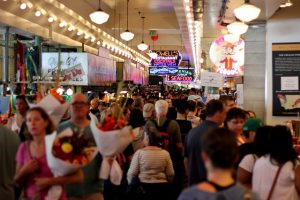 Still, many people think X is completely acceptable. Yet it can be easily argued that today’s culture is moving farther away from the kingdom of God and more toward over-commercialism.

It seems every year, Christmas increasingly becomes less and less about Christ and more about…

Then there are the parties—work parties, year-end charity fundraisers, social gatherings, your kid(s) school classroom parties, and white elephant or cookie exchanges with the neighbors.

Where does it all end? And, when does Christ come into the picture?

I love this quote from Jane Wyles, the deputy editor of the Church of England’s Diocese of Southwell’s C Magazine back in 2004 on the BBC News. She sums it up pretty well about the “blasé attitude” some people have toward Christmas.

“I know Xmas has been substituted for Christmas for a long, long time, but it gets my goat. It is the glib way people substitute Christ with this anonymous X. It’s all part of the PC picture—Christianity gets squashed into a smaller and smaller corner.”

Jesus is the Christ

Whether you believe Xmas is perfectly fine or you rail to keep Christ in Christmas, one thing remains the same: Jesus is the promised Messiah, and His birth was solely to become the perfect sacrificial lamb that would eternally cover our sins. 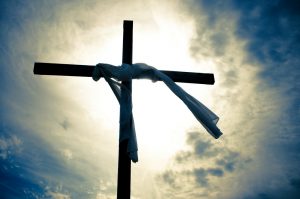 The Bible records that the events of Jesus’ life are all according to ancient prophecy. The Magi did come bearing gifts, there was a bright star in the sky (in the constellation Jupiter), a multitude of angels visited shepherds working in the fields, and they all found Jesus with His still-virgin mother and father in a cave normally reserved for stable animals.

Later, Jesus died on a cross to save us from sin, and He rose from the grave three days later to save us from eternal destruction. And, He’s coming a second time to claim His people before He destroys sin and Satan forever.

All of it is true. Jesus is the Christ, the promised Messiah, and He was born to die for us.

This Christmas or Xmas, whichever you choose, remember the real reason we’re talking about this at all.

Jesus is and forever will be the true reason for the season.

Which do you use, Christmas or Xmas? What are your thoughts about Xmas? Won’t you share them? Please leave your comments in the space below. I’d love to hear from you! And if you have a prayer request, you contact me here or here. I’m always happy to pray for you.