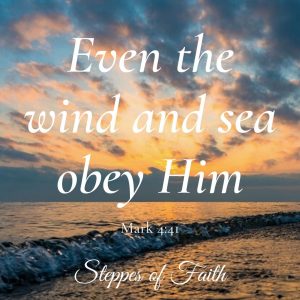 I’ll let you in on a little secret. Here it is: I’m a closet Dr. Phil fan. Okay, there. I’ve made my confession! Want to know why I like him? It’s because he’s a no-nonsense kind of guy. He’s not afraid to tell you the truth about what’s going on, and he doesn’t care if you like it or not. Somehow, deep down, he knows the truth sets us free.

One thing Dr. Phil does very well is make you play the “what if” game. It goes like this.

What if I or someone I love gets sick from the coronavirus?

What if I lose my job?

What if I can’t pay the bills?

What if I have to homeschool?

What if I run out of toilet paper?!

And it goes on and on. We could ask “what if” about almost everything if we really want to.

Dr. Phil’s response to asking “what if” is to take it to its logical conclusion. What if you did get sick? What if you did lose your job? What would you do? By playing out the “what if” question, we can find answers and make practical plans to address the problem instead of focusing on the anxiety of the issue.

But here’s where Dr. Phil gets it wrong.

As Christians, asking “what if” is the wrong thing to do.

As believers, God calls us to something much greater. In stressful situations, the “what if” game will only get you so far.

Which is why God says it’s better to proclaim, “even if.”

God Knows About the Storm

The Bible describes the time when Jesus and His disciples were crossing the Sea of Galilee on a boat when a massive storm came upon them. Every violent wave tossed the little fishing boat around until it was filling up with water. The disciples were freaking out (for lack of a better term). And where was Jesus? Fast asleep like a baby.

“But [Jesus] was in the stern asleep on a pillow. And they awoke Him and said to Him, ‘Teacher, do you not care that we are perishing?” (v38) 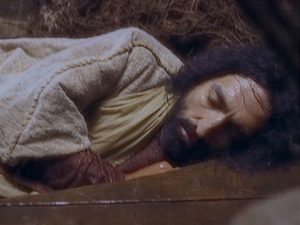 They actually had to wake up Jesus, which is amazing in itself. But they asked the Son of God if He cared at all about what was going on. That seems like a dumb question, doesn’t it? Of course, He does! He’s Jesus! But the disciples couldn’t sense that at that moment simply because He wasn’t freaking out like they were.

How many of us do that? How many of us forget that God knows we’re in the middle of a storm? We forget He’s paying closer attention than we realize simply because we’re the ones freaking out. It happens, doesn’t it?

“Then He arose and rebuked the wind and said to the sea, ‘Peace, be still!’ And the wind ceased, and there was a great calm.” (v39)

No matter what the storms around us try to do, it’s always important to remember that God is constantly in control. He has power beyond our comprehension. And why shouldn’t He? He created the wind and the waves as well as everything else in the world. It’s reasonable to expect that His creation would obey Him.

Then Jesus asks the question all of us should ask ourselves.

You can almost sense Jesus’ incredulity. The disciples already had been following Jesus around, going from town to town, for a few weeks at this point. Though this incident happened relatively early in Jesus’ ministry, the disciples had already seen Him perform miracle after miracle such as healing the sick, which included Peter’s mother-in-law and the centurion’s servant. Yet, the disciples still weren’t catching on. They wondered how did He do that?

But instead of having an ah-ha moment about it all, the disciples questioned who Jesus was. Though they had great respect for Him (perhaps even more so now), they still didn’t quite understand Him. So, they responded to each other with amazement.

“And they feared exceedingly and said to one another, ‘Who can this be that even the wind and the sea obey Him?’” (v41)

This is yet another question we often ask in the middle of storms. We lose our faith, and we wonder, “Who can this be?” 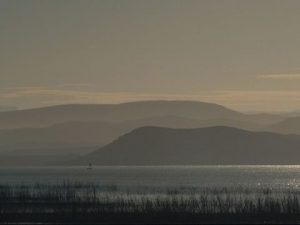 Let’s face it. We’re human, and there’s nothing we can do about that. As much as we try to maintain control of things, often we find it’s not possible. The harder we try to control things, the more it all falls apart.

In uncertain times, Christians are encouraged to lean on God and His power. We intellectually know He is in control. He is God. He is sovereign. We know this without a doubt, right?

So, why is it so hard to trust Him when our world seems to be falling apart, or at least becoming a bit frayed around the edges?

I believe it’s because we’re too busy asking, “what if.” We get too caught up in the chaos, mayhem, and worry. And as natural of a question as “what if” might be, and as logical as it is to play it out to its conclusion, it would be better if believers proclaimed, “even if.”

It would be better if we replaced “what if” with “even if.”

When we make a statement of “even if,” we’re choosing to put our entire trust in God. We are taking a stand and saying we believe that God is a God of promise-keeping and faithfulness and someone who will make the wind and waves cease.

It’s an outright statement of faith. It’s the rock you stand on, and you raise your staff high into the air shouting that even if something unfortunate happens, you are going to trust the Lord with everything inside you.

In John 16:33, Jesus has finished His last Passover supper with the disciples, and He’s trying to give them some final instructions and encouragement before His arrest that night. In this verse, Jesus gives them a fair warning and a promise.

“These things I have spoken to you that in Me, you may have peace. In the world, you will have tribulation; but be of good cheer. I have overcome the world.”

Jesus does His best Dr. Phil here. He tells them straight out—you will have trouble in this world. There’s no getting around it. It was true then, and it’s still true today.

But Jesus reminds the disciples to be of good cheer (and us) because He has already overcome the world. They didn’t fully know what He meant at the time, but they soon did, and so do we now. Jesus has conquered sin and death for us all. He overcame it all through His atoning sacrifice on the cross.

So, why do we continue to ask, “what if?” If we know that Jesus has overcome every imaginable situation, why do we do this to ourselves? 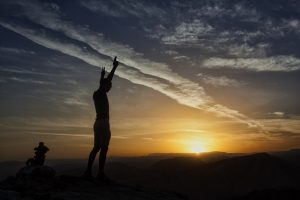 Stand on the Truth

Let’s replace “what if” with “even if” and take it to its godly conclusion.

“Even if I lose my job, I know God will supply my needs according to His riches in glory.”

“Even if I get sick, I know God is my Healer, and I can trust Him.”

“Even if my family is quarantined at home, and I somehow have to teach my kids what they were learning in school, and I have no idea what I’m doing, I’m confident in God’s guidance and leadership. He is faithful, and He will help us all to get through this.”

When we declare “even if” and stand on the truth of who Jesus is and what He did for us, we can have the peace and assurance Jesus was trying to tell the disciples. He is faithful. He is trustworthy, and He is never going to forsake us.

Jesus already told us there’s going to be trouble. These days, it’s much worse than many of us could have imagined. But we can declare that even if trouble comes knocking on the door, we have the assurance that Jesus has already conquered it for us.

There’s a lot of peace in that.