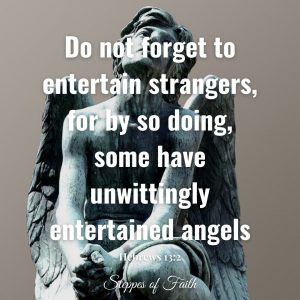 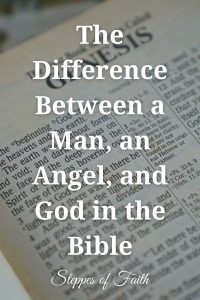 “Do not forget to entertain strangers, for by so doing, some have unwittingly entertained angels.”

Early in the book of Genesis, God appears to Adam and Eve. He continues to appear multiple times throughout the Bible in what are called theophanies (from the Greek theo meaning God, and phaino meaning “to appear”). Angels also appear, sometimes as a man.

How does a reader discern whether it is God or an angel or just a man? Thankfully, the Bible gives us certain clues to understand who it is.

An Angel or the Angel?

God appears in many forms throughout the Old Testament. He appeared to Moses in a burning bush, to the Israelites as a pillar of fire and clouds, to Elijah as wind when he hid in a cave, to Jacob when He broke Jacob’s hip in a wrestling match, and more. However, sometimes it is not God at all. It is an angel.

Angels have several responsibilities and titles. They are messengers and watchers (Daniel 4:13-17), military hosts (1 Samuel 17:45), and Sons of God (Genesis 6:2; Job 2:1; Psalm 89:6). The Bible also calls them “an angel of the Lord” or “the Angel of the Lord.” These titles can be very confusing since sometimes an angel of the Lord is God Himself.

English translations of the Hebrew term “angel of the Lord” often refer to created angels, written as “an angel of the Lord.” But when it is referring to God Himself, it is written as “the Angel of the LORD.” Besides the different uses of the articles an and the, notice the capitalization of LORD.

As simple as it may seem, not all translations have this clear distinction, and it is not always consistent throughout one translation. So, we cannot rely on these clues to help us understand who is appearing.

However, certain consistencies in wording do exist in the Bible to help us.

Angels were primarily created to worship God and glorify His name. And they understand that worship is for God alone. We see proof of this in Revelation 4:8.

“And they do not rest day or night, saying, ‘Holy, holy, holy, Lord God Almighty, who was and is and is to come!”

In John’s vision of end times in the book of Revelation, he mistakenly attempted to worship an angel, who quickly corrected him.

“And I fell at his feet to worship him, but he said to me, ‘See that you do not do that! I am your fellow servant and of your brethren who have the testimony of Jesus. Worship God!’” Revelation 19:10

Angels always direct our worship toward God. If someone who appears to be an angel does accept our worship, then it was not an angel but God Himself. 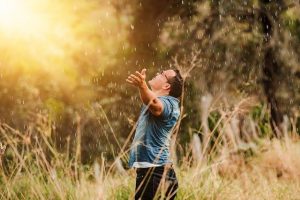 Worship is for God Alone

In Judges 13, Manoah and his wife thought they encountered an angel. They soon find out otherwise.

Manoah’s wife could not have children, but God had other plans. He told her she would have a son and that she was to follow specific instructions about raising him because he would help deliver Israel from the Philistines.

“So the Angel of the LORD said to Manoah, ‘Of all that I said to the woman, let her be careful. She may not eat anything that comes from the vine, nor may she drink wine or similar drink, nor eat anything unclean. All that I commanded her, let her observe.” Judges 13:13-14

A few moments later, Manoah asked for the “angel’s” name that he might honor Him. God answered, “Why do you ask My name, seeing it is wonderful? (v 18)” Then Manoah gave a burnt offering and a grain offering to the Lord. As the offerings burned, the Angel of the Lord ascended to heaven in the flame. That is when Manoah realized he had just seen God.

The Man in verse 11 accepted Manoah’s offerings of worship, which is how we know the Man was indeed God and not a mortal man or created angel. Incidentally, Manoah and his wife followed God’s commands, and they gave birth to a healthy boy named Samson.

Joshua had a similar encounter just before he and his army destroyed Jericho in Joshua 5:13-15. Out of nowhere, a Man appeared to Joshua with a sword in His hand. Joshua quickly asked, “Are You for us or for our adversaries?”

The Man replied, “No, but as Commander of the army of the LORD, I have now come,” to which Joshua instantly fell on his face to worship. “Take your sandal off your foot,” the Man said, “For the place where you stand is holy.”

Angels will redirect our worship. But if it is accepted, it is God.

Angels always announce why they are there. Good examples of this are Abraham, Daniel, Zacharias, and Mary.

Three angels visited Abraham and his wife, Sarah, to announce they would have a son. Abraham appears to be speechless, but Sarah laughed (Genesis 18:1-15), making the angels a bit upset.

In Daniel 9, the angel Gabriel went to Daniel to give him the seventy-weeks prophecy, which explains the period between Artaxerxes’ decree to rebuild Jerusalem (Nehemiah 2:1-8) to Jesus’ return. Gabriel immediately explained why he was there.

“At the beginning of your supplications, the command went out, and I have come to tell you, for you are greatly beloved.” Daniel 9:23

Gabriel did not appear to Daniel to prophesy but to deliver the prophecy. He was just a messenger obeying God’s command.

Gabriel also appeared to both Zacharias and Mary to tell them they both will have a son. Zacharias and his wife, Elizabeth, would have a boy named John, known later as John the Baptist or Baptizer, and Mary and her husband, Joseph, would give birth to Jesus.

“And the angel answered and said to [Zacharias], ‘I am Gabriel, who stands in the presence of God and was sent to speak to you and bring you these glad tidings.’” Luke 1:19

Six months later, Gabriel visited Mary to give her the good news.

“Rejoice, highly favored one, the Lord is with you; blessed are you among women.” Luke 1:26 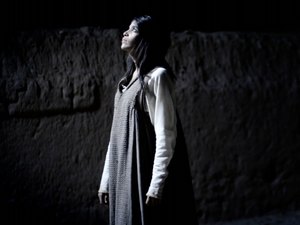 God always tells us when it is Him and not an angel. Moses and Jacob are two good examples.

When Moses saw the bush burning, he walked toward it to find out what was going on. That is when God called to him.

“So, when the LORD saw that he turned aside to look, God called to him from the midst of the bush and said, ‘Moses! Moses!’ And he said, ‘Here I am.’ Then He said, ‘Do not draw near this place. Take your sandals off your feet, for the place where you stand is holy ground.’ Moreover, He said, ‘I am the God of your father—the God of Abraham, the God of Isaac, and the God of Jacob.’ And Moses hid his face, for he was afraid to look upon God.” Exodus 3:4-6

God immediately made Himself known to Moses. He openly declared that He is God and not an angel. We see other examples of this with Elijah, Samuel, and even King Nebuchadnezzar.

Other times, God might delay making Himself known, but He always does, such as when Jacob encountered God.

“Then Jacob was left alone, and a Man wrestled with him until the breaking of day.” Genesis 32:24

After the Man “touched the socket of [Jacob’s] hip,” the Man changed Jacob’s name to Israel, and He blessed him. Though it was not evident at first, Jacob soon realized he had a personal engagement with God. For that, Jacob called the place Penuel (“For I have seen God face to face, and my life is preserved”). Hosea, the prophet, confirms the Man was God Himself, though he refers to the Lord as an angel with a capital A.

“Yes, he struggled with the Angel and prevailed.” Hosea 12:4

When God wants it to be absolutely clear that it is Him, He will make sure we know.

Many times in the Old Testament, the appearance of an Angel or Man is that of God Himself (theophany). Other times, it is believed to be the pre-incarnate Christ (Christophany), such as when Jacob battled the Angel of the Lord. The distinction seems to be in line with Jewish rabbinical thinking.

Jewish sages and rabbis have long believed that God either would not or could not take on bodily form, which is why they reject Jesus as God in human flesh. [RELATED READ: Why the Jews Reject Jesus as the Messiah] In the Jewish mind, for God to do such a thing would violate His own law against idol worship. To deal with the issue, they phrase His appearances in Jewish literature with words like “an angel of the LORD” or “the Angel of God.”

References to the Messiah are not different. He is the Word (John 1:1), the Wisdom of God (1 Corinthians 1:24), and the Shekhinah Glory, which fully dwells in Him and manifests itself on God’s behalf (Matthew 17:2). [RELATED READ: How God Reveals His Shekinah Glory] When this occurs, it is not a theophany (God) but a Christophany (Messiah).

We see an example of a Christophany in the story of Manoah and his wife in Judges 13. He asked what the Man’s name was, and the Man replied, “Why do you ask My name, seeing it is wonderful?”

The word “wonderful” here in Hebrew (pilee) is a derivative of the same word Isaiah used in His prophecy about the Child who would be called “Wonderful [pele] Counselor, Mighty God, Everlasting Father, Prince of Peace (Isaiah 9:6).”

Likewise, the Commander of the army of the LORD who visited Joshua just before the battle of Jericho was, in reality, Jesus ready to give Israel victory over the Canaanites.

Both Manoah and Joshua witnessed a Christophany, a pre-incarnate appearance of the Messiah. 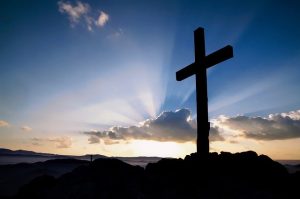 Some people might debate if angels still appear to us. The Bible says they do.

“Do not forget to entertain strangers, for by so doing, some have unwittingly entertained angels.” Hebrews 13:2

Angels may not appear now as huge men with wings and long, billowy robes. They may appear as the grocery store clerk or the person standing in line next to you at the cinema, which makes it even more important to obey God’s command to love others as He loves us. We never know if that person is an angel. If he is, we can be sure he was sent for a reason.

And if it is God Himself, do not worry. You will know.