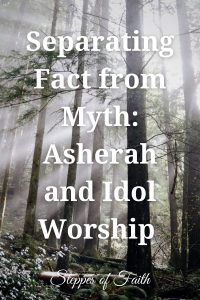 “You shall not plant any tree as an Asherah beside the altar of the Lord your God.” Deuteronomy 16:21

Idol worship was a persistent and pervasive issue in the Old Testament. Despite God’s repeated warnings, many Israelites continued engaging in worshiping a pagan god called Asherah as well as others. From human sacrifices to carved trees, Asherah was a problem many Israelite kings struggled against.

Who exactly was Asherah? Was she a goddess as many believed, or was she just a cult symbol? Was she God’s ex-wife? Why did the people worship her? Regardless of what anyone believed, it’s clear we ought to be very careful about any form of idol worship.

God’s first command to destroy any forms of idol worship came early in the Bible in Exodus 34:13.

“You shall destroy their altars, break their sacred pillars, and cut down their wooden images.”

During the Exodus from Egyptian slavery, God warned the Israelites about marrying any Canaanites or non-Jewish peoples. He understood that if there were any intermarriage, there would be invitations to family gatherings and festivals, which would require the Jews to acknowledge the other’s pagan gods. The family would also likely expect them to participate in ritualistic human sacrifice. To head off that problem, God commanded the Jews to destroy everything having to do with idol worship.

“For you shall worship no other god, for the LORD, whose name is Jealous, is a jealous God.” Exodus 34:14

Unfortunately, the Israelites didn’t listen. Even before they crossed the Jordan River into the Promise Land, they mingled with the Moabites and Canaanites and had sexual relationships with them. It didn’t take long for idol worship to get a foothold. And Asherah and Baal led the way together (Judges 3:7, 1 Kings 18:19, 2 Kings 23:4). 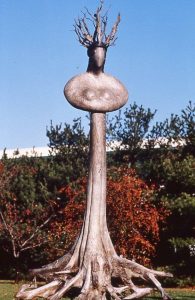 Asherah in the High Places

Asherah (ash-ay-raw) is mentioned forty times in the Old Testament, usually in a negative tone. She is primarily known as a Phoenician Canaanite goddess who was married to El. She was also the mother of Baal, another popular pagan god (1 Kings 18:20-40). Their mother-son bond is why she and Baal are often mentioned together in the Bible. She was also the goddess of fertility who gave life to 70 other gods.

The idea of a dominant goddess is found in various Middle Eastern cultures, each giving her a variety of names and roles within individual mythical beliefs. In Hebrew, she is known as Asherah. She is most commonly depicted as a carved wooden image rather than by a proper name, which is why the Bible usually mentions her in the grammatical form as either an adjective or a noun (compare 2 Kings 23:6 vs. Judges 3:7).

Because of the emphasis on Asherah’s image, people would go to high elevations (the “high places,” 2 Chronicles 33:3, et al.) to transform the trees to look like how they envisioned her. According to atheist author Arthur George’s theory, they chose trees because of Asherah’s supposed association with the tree of life in the Bible (Genesis 3:22).

In creating a wooden image of Asherah, they cut off the limbs of fresh trees (1 Kings 14:23) so only the trunks remained, then they carved a face into the wood. The Bible occasionally refers to these carved trees as Asherah poles. Her son, Baal, was represented as a stone pillar.

Only Hezekiah fully destroyed every false idol in Judah. Unfortunately, his efforts, as well as those of the other kings, were ultimately unsuccessful, and the people continued in idol worship for years. 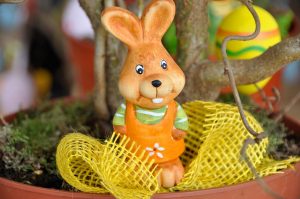 God repeatedly told the Israelites to avoid idol worship, even going as far as making it number one in Mosaic Law.

God also made it very clear He is not one of the Canaanite gods but the only true God.

Unfortunately, the people continued in idol worship, even after God explicitly commanded them to stop and tear down the “graven images” (Hebrew, “pesel”). The prophets also preached against idol worship, declaring God is the only one true God. They repeatedly demonstrated:

A carved image or any kind of idol, whether tangible or not, cannot replace the truth of our God and who He is—our Creator, the lover of our souls, our rock, our hiding place, our hope, and our salvation. Nothing and no one could ever rise to the power and majesty of our living God, the only one who can save us from sin and eternal death.

Blending of Asherah and God

It may be difficult for us today to grasp, but many ancient Israelites believed in more than one god. It was common to believe that gods married and had children. And so, the idea of worshiping God, Baal, and Asherah at one time wasn’t a stretch. In fact, several recently discovered ancient archaeological finds contain an inscription that says, “Yahweh and his asherah,” leading many people to think God once had a wife.

[For further study of these incredible ancient discoveries, read Puzzling Finds from Kuntillet ‘Ajrud by the Biblical Archaeology Society]

But this is misleading.

Before the exiled Israelites returned to claim the Promise Land, most people worshiped Asherah and her husband, El, the chief Canaanite god. Because he was named El, confusion eventually set in that the pagan El is the holy Yahweh. The confusion is because the Hebrew word for God is Elohim, but few saw a distinction between El and Elohim.

As time went by, culture replaced the pagan El with the holy El. Thus, the people concluded that God had a wife named Asherah. This corrupt blending of a holy God with a pagan goddess became part of everyday religious practice, which is why evil king Manasseh put an Asherah pole inside Solomon’s temple.

“Also, he made his son pass through the fire, practiced soothsaying, used witchcraft, and consulted spiritualists and mediums. He did much evil in the sight of the Lord to provoke Him to anger. He even set a carved image of Asherah that he had made in the house of which the LORD had said to David and to Solomon, his son, “In this house and in Jerusalem, which I have chosen out of all the tribes of Israel, I will put My name forever.” 2 Kings 21:6-7

The people may have found it acceptable to carve trees and put idols in the holy temple, but God never accepted it. Not then and not now.

Many of us might not knowingly engage in idol worship, but the reality is many of us still do. We may not be carving trees or stones, but we often worship and prioritize something more than God. We might prioritize money, our job, friends, family, fitness, children and activities, and much more.

Anything that takes time and attention away from God is idol worship.

It is important to note that having money, success, good health, and happy kids is in no way evil. On the contrary, God wants all these things for us. But, if they replace Him, we defile Him, and we are in rebellion. We are sinning against our Holy Father.

All sin is an abomination to the Lord. A holy God cannot tolerate sin in any manner, which is why the penalty for sin is death. If we persist in worshiping something other than God, He has promised we will be ashamed when He judges us (Psalm 97:7, Isaiah 42:17), and the Lord will cut us off from Him.

The only way out is repentance. 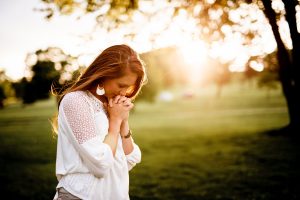 If we genuinely believe only God is worthy of our worship, we need to identify the idols in our lives, get rid of them, and repent. King Hezekiah is a good example of what God will do for you when you tear down idols.

Second Kings 18-20 tells the story of Hezekiah’s reign. He became king when he was twenty-five years old, and he reigned for twenty-nine years. His goal was to serve God and be obedient to Him.

One of the first things he did when he assumed the throne of Judah was to purge the land from all idols and restore the people to the Lord.

“He removed the high places and broke the sacred pillars, cut down the wooden image, and broke in pieces the bronze serpent that Moses had made (Numbers 21:9), for until those days the children of Israel burned incense to it and called it Nehushtan.” 2 Kings 18:4 (my addition)

Nehushtan was another Canaanite fertility god, so we see again how the people blended pagan idols with the one true God. Hezekiah wouldn’t stand for it, so they immediately all came down. As a result, God blessed and prospered Hezekiah all of his life, even extending it another fifteen years after he was near death from an unknown illness (2 Kings 20:1-6).

Hezekiah’s zeal to serve the Lord cannot be overstated. His heart to serve Him every single day is an excellent example of his love and loyalty to a king who is higher than any king. And he started his reign by tearing down all the idols. His example should inspire us all.

If we truly desire to experience the fullness of God’s goodness, we must tear down our idols and repent.

What idols do you have in your life? What can you do to reprioritize the Lord for yourself and your family? Your daily intentional efforts will only bring blessings to you as you direct your worship where it belongs—squarely to the Lord, the only one true God.

One Reply to “Separating Fact from Myth: Asherah and Idol Worship” 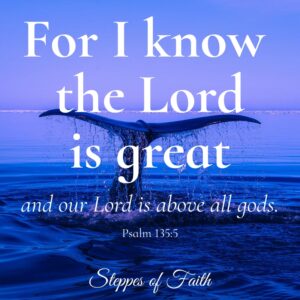