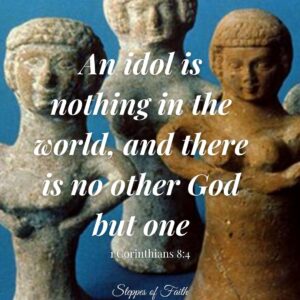 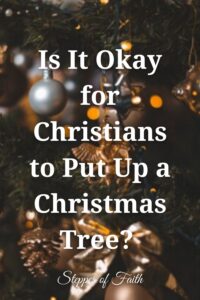 “An idol is nothing in the world, and there is no other God but one.” 1 Corinthians 8:4

Christian sentiment has turned recently to the idea that it is wrong to take kids trick-or-treating, give Easter baskets, or put up a Christmas tree. The thought is it means Christians are actively participating in pagan rituals. The basis is that Halloween is associated with satanic practices, and both Easter and Christmas are founded in pagan culture, which is, in many ways, true. But not quite.

Let’s look first at Halloween. It was not always a holiday to celebrate evil.

Historically, the Samhein Celts observed the time around October 31 or November 1 (according to modern calendars) as the beginning of winter and the new year. It was the time to bring in the herds from the fields, renew land tenures, and relight their hearth fires.

As much as Celts honored good spirits, they were also cautious of evil ones. During the festival, they lit fires on hilltops to frighten them away, and they wore masks to hide from any possible ghosts that might be present. We sometimes see these practices represented in illustrations of demons and witches dancing around bonfires.

Today, young children wear creative costumes and go door to door for candy, which many Christian families allow. Still, the line is usually drawn at teenagers and adults gathering for parties with an evil theme. The latter makes sense to many Christians, but participating in trick-or-treating still tends to be controversial.

Many Christians wonder if they should (or can) celebrate Easter since they associate many of its elements with paganism.

For example, some believe hot cross buns are related to Middle Eastern women baking sweet breads for idol worship. According to legend, religious leaders tried to stop the practice, but the women “Christianized” the bread by putting crosses on top, thus winning the leaders’ approval.

Likewise, bunnies and eggs are leftovers from a pagan festival called Eostre, in which people celebrated the spring equinox by making sacrifices to a Saxon goddess. A German legend says a goddess named Ostara (Eostre) “healed a wounded bird she found in the woods by changing it into a hare. Still partially a bird, the hare showed its gratitude to the goddess by laying eggs as gifts.”

A similar story exists about a god named Attis. He went insane and committed suicide, prompting his goddess lover, Cybele, to appeal to Zeus “to never allow his corpse to decay.” And so, every spring, Attis comes back to life.

Such stories of death and renewal, as well as associated symbols, are common in pagan cultures. But none of them come close to the truth of Easter, which is entirely about Jesus’ death on the cross and His resurrection three days later. Yet many Christians still believe that celebrating Easter is the same as participating in pagan rituals. 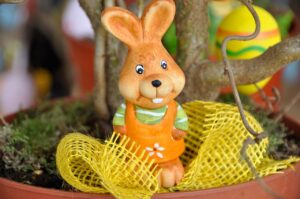 The annual event began December 17 in honor of the agricultural god Saturn. Much debauchery and active worship of Saturn occurred. The emperor concluded the festival on December 25 to mark the winter solstice and honor the god Sol Invictus (the Unconquered Sun). Certain Christians, therefore, believe that celebrating Christmas is akin to participating in Saturnalia or condoning pagan practices.

Some people also have issues with symbols of Christmas, such as trees. It makes one wonder if Christians are allowed to put up Christmas trees.

Historically, people often decorated their homes with boughs of evergreen trees over their windows and doors during the winter solstice in ancient times. They believed the boughs kept evil spirits away while the sun god was asleep. They hoped the boughs would remind the sun god of all the green plants that would grow if he could become well again.

England resisted any winter decorations or singing of songs. Parliamentarian Oliver Cromwell called them “heathen traditions.” In the American colonies, William Bradford, the second governor of the pilgrims, attempted to rid the colony of any “pagan mockery,” even helping to pass a law in 1659 making the observance of Christmas illegal. Anyone found celebrating was fined.

By the 16th century, German Christians decorated their homes with pyramids of wood covered with evergreen boughs and candles. Later, German migrants to the United States in the 19th century introduced the idea of a Christmas tree to Christian Americans, who were naturally trepidatious but eventually accepting.

The pagan roots of Halloween, Easter, and Christmas are noteworthy; however, the Bible guides us about handling these events and situations.

Christians who do not celebrate Easter and Christmas and reject every element of Halloween often point to Jeremiah 10 as the basis for their belief. Here, the prophet cautions us against idol worship.

Jeremiah is speaking to the entire house of Israel, both the exiled northern kingdom of Judah and the soon-to-be exiled southern kingdom of Israel. He implores them to quit their foolish idol worship and return to the one true God.

Idols were typically carved from wood or clay, ornamented with silver or gold, and kept upright with nails. God compares such objects with a palm tree that cannot speak, walk, or commit evil or good (v5). Why worship such an object when it makes no sense?

Jeremiah 10 focuses on carved images. To worship them is an abomination to the Lord. Concerning celebrating holidays, however, the focus is on eating meat sacrificed to idols.

Greeks and Romans believed that evil spirits would try to invade humans by attaching themselves to the food they ate. The only way to remove them was to sacrifice the food to a god. A sacrifice would help them both gain favor with the god and decontaminate the food. Any leftover meat was either served at a pagan feast or sold in the public market.

Most early Christians avoided buying this pagan meat; however, many continued attending the feasts. To decline an invitation to a feast, especially repeatedly, could mean the death of one’s commercial business.

It was a terribly frustrating situation, which is why the apostle Paul addressed the issue in 1 Corinthians 8. 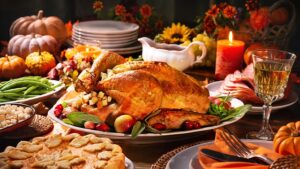 The Corinthian church was having difficulty staying away from meat sacrificed to idols. They needed to maintain the family business and not appear antisocial, yet they desperately wanted to serve Christ. Paul gives them excellent guidance, which also applies to today’s views about Christmas, Easter, and Halloween.

“Therefore, concerning the eating of things offered to idols, we know that an idol is nothing in the world and that there is no other God but one. However, there is not in everyone that knowledge. For some, with consciousness of the idol, until now eat it as a thing offered to an idol, and their conscience, being weak, is defiled. But food does not commend us to God. For neither if we eat are we the better, nor if we do not eat are we the worse.” (1 Corinthians 8:4,7-8)

Paul is saying that we must examine our conscience concerning eating food sacrificed to idols.

If we eat it as an act of worship, we defile ourselves before God. If we eat it simply because we are hungry (or, in the Corinthians’ case, polite), then we are not defiling ourselves. We know the meat has no magic power. So, whether we eat it or not, we are not better or worse for it spiritually because it means nothing to God.

The same principle applies to Halloween, Easter, and Christmas.

If we allow our children to go trick-or-treating simply as a fun way to interact with neighbors and get free candy, 1 Corinthians 8 says that is okay. If we eat chocolate bunnies and give our kids special baskets for Easter, that is okay. And if we put up a Christmas tree, sing carols, eat candy canes, and exchange presents on December 25, that is also okay.

First Corinthians 8 tells us God is not in the Halloween candy, chocolate bunnies, or eggs, nor is He in the Christmas tree. And the day we celebrate Christmas is also not important. If we engage in these holiday activities with a pure conscience and not one of intending to worship a god other than our heavenly Father, we are free to do so.

Further, if we know God is not in those things, but we still avoid celebrating the birth, death, and resurrection of Christ, then we are being legalistic. We should never be legalistic in our worship of Christ. He came to the earth to fulfill Old Testament law and to put such practices away because they keep us from genuine, heartfelt worship and obedience.

“Do not think that I came to destroy the Law or the Prophets. I did not come to destroy but to fulfill.” (Matthew 5:17) 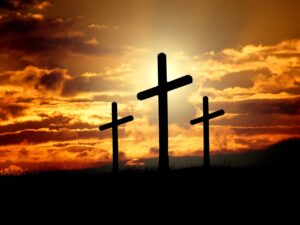 Worship God and Put Up That Tree

No matter the day, we are called to celebrate the love and faithfulness God persistently shows us. We celebrate Jesus’ life and the Good News He brought to us. We celebrate how He fulfilled every prophecy about Him, His power, glory, and holiness, and how He conquered sin and death to make a way for us to be reconciled with the Father so we can remain with Him eternally.

Every day is about worshipping the Lord with an upright heart and a clear conscience (1 Corinthians 7-13).

Participating in Halloween, Easter, and Christmas is not a sin (although, in today’s culture, we should probably restrict trick-or-treating to the little ones). If your conscience is clear, and you find nothing wrong with these holidays, then have at it. Put up that Christmas tree, hang the wreath and stockings, and set out your milk and cookies for Santa. Give your kids Easter baskets and allow them to dress up as doctors, cowboys, and princesses for Halloween.

If someone you know avoids or rejects holiday activities, lovingly point them to 1 Corinthians 8. Gently remind them that no one is worshipping any idols or willingly participating in any pagan practices. Let them know your conscience is clear because you know who the one true God is, what He has done for you, and that He is the only one you serve.

The Lord is worthy of worship all year long, every day, in every season, regardless of the holiday.

2 Replies to “Is It Okay for Christians to Put Up a Christmas Tree?”