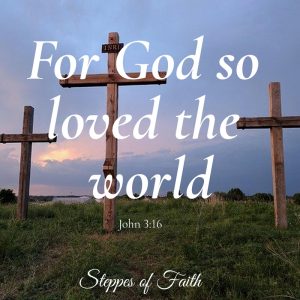 “For God so loved the world He gave His only begotten Son.” John 3:16

Last year, New York Life made a commercial on television? It’s a beautiful ad describing the characteristics of love according to the Greek language. The different types of love the ad mentions are also found in the Bible. Of the eight Greek types of love, seven of them are sprinkled throughout God’s word.

Two examples of eros are found in the Old Testament.

Samson was slow to figure it out, but he finally understood the danger of eros after his passion for Delilah backfired on him. Samson was a bit overconfident in himself, perhaps with some reason. God had obviously blessed him with great strength, but it is evident he was not very blessed with common sense or impulse control.

Samson slept with harlots (Judges 16:1) and burned entire grain fields in revenge (Judges 15:5). Then he met Delilah (Judges 16), and he could not keep his hands off her. It turns out she was a spy for the Philistines, and, as we know, she tricked him into telling her what the source of his strength was. Later, after he was asleep, she shaved off all his hair, after which the Philistines arrested him and gouged out his eyes.

King David also had trouble keeping his hands to himself when he spotted Bathsheba bathing one day. Though they were both already married, he immediately sent for her so he could be intimate with her. A few months later, she sends word to him that she is pregnant, and David instantly starts plotting her husband’s death.

It seems the Greeks had their definition of eros correct. It can be a very dangerous thing. 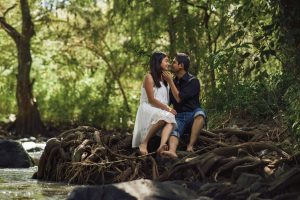 All love is affectionate in some manner, but philia love is one that does not involve any passion or sexual impulse. It is more like love between good friends or goodwill between you and someone you respect or admire.

We see philia love between Jesus and His disciples. They started as a ragtag group of people that Jesus gathered, but they ended up becoming such good friends they continued to minister together long after Jesus ascended back to heaven.

Jesus also asked Peter if he had philia love for Him during a conversation they had soon after Jesus’ first appearance following His resurrection. He was essentially asking Peter if he loved Him like a best friend (note: this was the third question Jesus asked in John 21:17).

The apostle John also noted that philia is the kind of love that clearly defines what it means to be a Christian.

“By this we know love because He laid down His life for us. And we also ought to lay down our lives for the brethren.” 1 John 3:16

“My little children, let us not love in word or in tongue, but in deed and in truth. And by this we know that we are of the truth and shall assure our hearts before Him.”

Philia can feed back into eros love to help build a romantic relationship over the long term. But among friends, philia stands alone.

Though storge can be confused with philia (love among friends), it has more to do with the love a family feels for each other. It is most recognized as the love a parent has for his or her child. It’s a very strong bond that is not easily broken. Of course, eros (romantic love) and philia (affectionate love) can evolve into storge as the relationship grows and deepens, but storge is more about parents and their kids.

We see many examples of storge in the Bible starting with Father God Himself. His great love for His son, Jesus, is abundantly apparent, most especially in Matthew 3:17.

“And suddenly a voice came from heaven saying, ‘This is My beloved Son, in whom I am well pleased.’”

Other great examples of storge are:

Each of these parents (and there are more) had storge for their children. If you have kids, you know what it feels like. And you have to admit, it is a pretty great feeling. 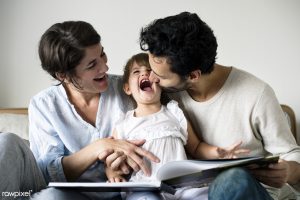 If  you have been married for a while, you are probably well aware there comes a time when the honeymoon is over. The eros you both had has settled into a nice storge/philia mix and life goes merrily along.

But if you last long enough, eventually you have pragma, an enduring love.

Pragma is where we get the English word pragmatic. It’s a practical kind of love that stands the test of time. It’s the kind of love a husband and wife have after fifty years of marriage, and they still want to kiss and hold hands. As the opposite of eros where the passion burns white hot and fades quickly, pragma is like fine wine. It matures and grows over time into something truly special.

The Bible does not have many amazing tales of enduring love, but we can see evidence of it when we read about Abraham and Sarah.

They had been married for decades before God finally blessed them with a son. It takes pragma for a couple to last that long enduring life’s ups and downs while waiting for God’s promise to come true. Eventually, God did keep His promise in Genesis 21:1-7.

We also see a hint of pragma with Ruth and Boaz in the book of Ruth. After Boaz agreed to marry Ruth, their marriage endured long enough they were able to see their son Obed grow to have a son named Jesse who grew to have a son named David, the future first king of Israel.

We might suppose that Jacob and Rachel had pragma, but she died while giving birth to Benjamin (Genesis 35:16-20). Given Jacob’s incredible love for her, though, we might assume they would have had pragma eventually. They certainly had eros and storge. 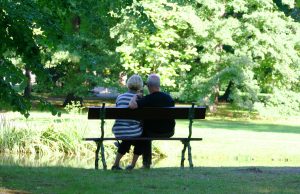 Though self-love can be unhealthy in nature, philautia love refers to a healthy self-esteem. Dr. Neel Burton at Psychology Today describes self-esteem as the “emotional appraisal of our own worth relative to that of others…It is the matrix through which we think, feel, and act, and reflects and determines our relation to ourselves, to others, and to the world.”

We can also think of philautia as self-compassion where we try to eat healthy food, get enough sleep, and exercise. If we get sick, we might take the necessary medicine or go to a doctor so we can feel better. If we didn’t have self-compassion, we wouldn’t have philautia.

A great example of philautia in the Bible is Daniel. When he and his friends Hananiah (Shadrach), Mishael (Meshach), and Azariah (Abed-Nego) were captured by the Babylonian army, they were taken to King Nebuchadnezzar’s palace to learn the Chaldean language and Babylonian culture. The king gave them gourmet food and wine every day, but Daniel did not want to defile himself with such an ungodly diet. He convinced his friends to do the same.

So, Daniel asked the head of the eunuchs to allow them to eat only vegetables and drink only water for ten days in honor of God. At the end of the ten days, the boys looked healthier than any of the other captive boys.

Daniel was primarily honoring God, but because of his philaustia, he kept himself healthy so he could withstand the trials he was going through in Babylon. And God blessed him for it.

“As for these four young men, God gave them knowledge and skill in all literature and wisdom; and Daniel had understanding in all visions and dreams.” Daniel 1:17

If you have ever been in love, you have no doubt felt ludas. It is the butterflies in your stomach, the quickened heartbeat, the anxiety you feel when you are waiting for your love interest to walk through the door. It is the flirting and teasing and playing you do in the early stages of dating. The focus is usually more on fun rather than building a relationship.

An example of ludas love in the Bible is between King Solomon and the unknown maiden in the book of Song of Solomon. Though we have no idea who the maiden is, some scholars believe her family was employed by Solomon. According to Ecclesiastes 9:9, she eventually became his first wife (that is, before he married 699 other women and kept 300 concubines).

The entire book of Song of Solomon, which Solomon wrote as a musical score, is overflowing with flirting and the longing they both felt for each other. The language of the song even gets a little racy in SoS 4:3-5 (rather spicy language for its time).

We might say Solomon and the maiden had both ludas and eros love. 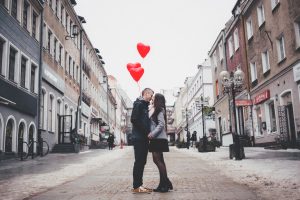 Agape is by far the most special, most respectful of all the Greek types of love. It is the kind Jesus refers to again and again throughout His ministry and is the one all of the Christian faith encompasses.

Agape is a universal, unconditional, selfless love for others. It involves being altruistic and caring more for others than for yourself. Jesus perfectly exemplified agape love when He died on the cross to save us from sin and death. He suffered so we could be set free.

As Christians, we are all called to have agape love for others, which is what Jesus is talking about in Matthew 22:37-39. In this Scripture, Jesus seems to be simply answering a Pharisee’s question when, in fact, He’s giving us the greatest commandment all Christians should follow.

Jesus repeatedly taught His disciples and thousands of others about agape love, and He openly displayed it everywhere He went. From the Sermon on the Mount to countless healings, from raising Lazarus from the dead to dying for us all on the cross, Jesus was the perfect embodiment of agape love.

Jesus is the finest example of love we have, and it is the one we should all be striving to copy every single day.

We are all experiencing different types of love depending on our situations, but agape is the most important one to focus on. To give agape love is to be like our Lord Jesus Christ.

This Valentine’s Day, find out for yourself how you can give love like Jesus. Make it a daily goal to put others first and to love them generously. God will bless you for it in unbelievable ways.

“And now abide in faith, hope, love, these three; but the greatest of these is love.” 1 Corinthians 13:13 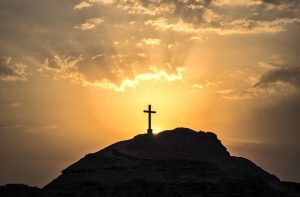 5 Replies to “The 7 Types of Love in the Bible”