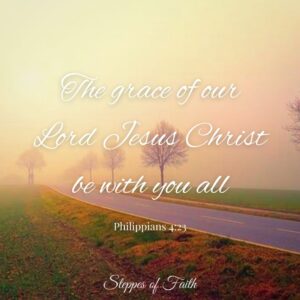 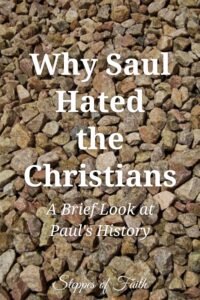 “The grace of our Lord Jesus Christ be with you all.” Philippians 4:23

In the years following Jesus’ ascension to heaven (Acts 2), the Sanhedrin became increasingly upset with the “Way” and those who followed Jesus, claiming He is the promised Messiah. The apostles were repeatedly put on trial and sometimes publicly beaten, but the Sanhedrin could not silence their preaching.

The Sanhedrin finally called for the apostles’ deaths (Acts 5:33), but they were not legally allowed to execute a person without the Roman governor’s permission. They also knew there could be political ramifications they were not willing to risk. Finally, Gamaliel stood up before the entire Sanhedrin to give his opinion on the matter (5:34).

Gamaliel was the best-known Pharisaic rabbi of his time. He was the grandson of Hillel, another well-known rabbi who held a peaceful and merciful interpretation of Mosaic Law. Gamaliel reminded the Sanhedrin of previous revolutionary religious movements, the men who led them, and how their efforts came to nothing. Gamaliel asserted that Jesus was no different from them, and the Sanhedrin agreed. Afterward, they publicly beat the apostles and sent them away, commanding them to stop preaching.

The apostles did not stop preaching, of course. Many people continued to believe the gospel and accept Jesus as the Messiah. But then Stephen, one of the apostles, one day found himself in an argument with members of the Synagogue of Freedmen.

Settlers from the Diaspora established the Synagogue of Freedmen (Acts 6:9). One hundred years earlier, Roman general Pompey enslaved thousands of Jews following his conquest of the Hasmonean kingdom (descendants of the Maccabees). Jews already living in Rome bought the enslaved people’s freedom, and Rome granted them citizenship.

The slaves’ descendants, who remained Roman citizens, later founded the Synagogue of Freedmen. Rome rarely granted Jews and even most civic officials in the eastern Mediterranean citizenship, which indicates the synagogue founders were likely very proud of their public position and Jewish roots.

One day, some of the synagogue members confronted Stephen, who was performing “great wonders and signs among the people (9:8)” and introducing them to the gospel. Though drawn to Stephen’s teaching, the synagogue members nevertheless stirred up others to accuse him of blasphemy. They brought Stephen before the synagogue council, where the high priest asked him, “Are these things so? (7:1),” which is another way of saying, “How do you plea?”

Stephen launched a great sermon recounting Jewish history, beginning with Abraham and continuing up to Solomon’s time. He then admonished the council of their stiff necks and resistance to the Holy Spirit. He reminded them of how they killed the prophets who preached the coming of the Messiah, and he accused them of no longer obeying Moses’ Law.

Stephen’s words made the council furious. They shouted at him and shook their fists, but Stephen stayed remarkably calm. Acts 7:55-56 says he looked up to heaven and declared he saw “the Son of Man standing at the right hand of God!” Stephen’s final statement was the proverbial straw that broke the camel’s back.

The council immediately grabbed him and dragged him outside the city. They took off their tunics and cloaks, gave them to a certain Pharisee named Saul to hold, and they stoned Stephen to death (7:59-60). Saul of Tarsus (later called Paul) was a member of the Synagogue of Freedmen. As a Cilician (Acts 22:3), his ancestors were among the freed slaves granted Roman citizenship, which explains his intense zeal for his Jewish heritage. He was a very notable Pharisee, even among the people. He not only had an elevated status, but he also was Gamaliel’s student at one time (8:3). He was also very well versed in Old Testament law and rabbinic traditions.

Saul’s involvement with Stephen’s death set him off on a series of killings and persecutions of Christians. Though Jesus’ followers scattered throughout Samaria and Judea, Saul pursued them wherever he could find them.

“As for Saul, he made havoc of the church, entering every house and dragging off men and women, committing them to prison.” Acts 8:3

“Made havoc” here commonly refers to destroying a city or mangling by a wild animal. The fact that Saul pursued both women and men and not men alone indicates he was inflicting the most severe punishment whenever possible on whomever possible.

For all intents and purposes, Saul was out of control in his quest for genocide. His zeal for both God and his Jewish heritage was so strong that he was considered one of the Zealots, a product of the Maccabees who often employed violence. In his mind, cleansing Jerusalem of Christianity ensured the preservation of the Law, and God would be pleased.

His hunt for Christians was so intense and purposeful that he obtained letters from the high priest in Jerusalem to send to synagogues in other towns. The letters would ensure the legality of his actions and cover his misdeeds.

“I persecuted this Way to the death, binding and delivering into prisons both men and women. The high priest bears me witness and all the council of the elders, from whom I also received letters to the brethren and went to Damascus to bring in chains even those who were there to Jerusalem to be punished.” Acts 22:4-5

Sadly, arresting Christians was not Saul’s only sadistic goal. He also tortured them and had them put to death.

“This I also did in Jerusalem, and many of the saints I shut up in prison, having received authority from the chief priests. And when they had been put to death, I cast my vote against them. And I punished them often in every synagogue and compelled them to blaspheme. And being exceedingly enraged against them, I persecuted them even to foreign cities.” Acts 26:10-11

Thankfully, Jesus finally and literally stopped him in his tracks. 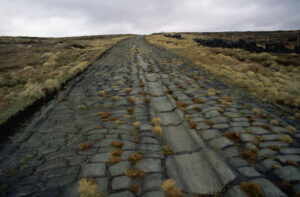 The Road to Damascus

On his way to Damascus to arrest more Christians, letters in hand, “still breathing threats and murder against the disciples of the Lord (9:1),” a bright light from heaven shone down on him. Even in his anger and hate, his soul immediately acknowledged the Lord. He fell instantly to the ground and heard Jesus speak to Him.

Those who traveled with Saul did not see anyone, but they heard the Lord’s voice. Interestingly, they did not fall to the ground. They only witnessed Saul’s astonishing behavior.

In God’s presence, sensing His power, it was impossible for Saul to disobey Jesus’ command to continue to Damascus, where he was told he would meet someone. But when Saul stood up to leave, he realized he could no longer see anything. His companions led him to the city, where he sat in his blindness for three days, not eating or drinking (9:9).

Soon after, Jesus visited Ananias, a disciple and a leader of the Damascus church. Because of his position in the church, he was likely a target of Saul’s. But Jesus told him to go to Saul anyway to heal him of his blindness and baptize him in the Holy Spirit. Naturally, Ananias was afraid to go, but he did as the Lord instructed (9:17).

After Ananias laid hands on Saul and baptized him, Saul regained his sight. He stayed with the disciples, who graciously accepted him, and he learned all about Jesus as he regained his strength. In time, he became a great man of God, preaching the gospel everywhere he went.

“But Saul increased all the more in strength and confounded the Jews who dwelt in Damascus, proving that this Jesus is the Christ.” Acts 9:22

Saul later assumed his Greek name of Paul, a Latin version of the Hebrew name Saul. He planted many churches, introduced scores of people to Jesus, and wrote many inspiring and instructional letters, which now comprise much of the New Testament.

Because of his divine encounter with Jesus on the road to Damascus, Paul’s zeal for preaching the Good News supplanted his stubborn hold on his pride. A thirst for grace replaced his thirst for blood. And because of him, the gospel spread across southern Asia and southern Europe.

Paul passionately preached the gospel for thirty-two years, often enduring persecution, torture, and imprisonment. But, along the way, he also established the churches of Galatia, Ephesus, Corinth, Thessalonica, Colossae, and Philippi, bringing hundreds or, perhaps, thousands to Christ. Emperor Nero eventually put him to death in 68 A.D., but his influence and love for Christ continue to change countless lives even today.

Saul’s intensity for Mosaic Law allowed great hate into his heart, despite Gamaliel’s teaching of tolerance. But his story proves that no one is beyond God’s reach, and no one is incapable of sharing the Good News of salvation through Jesus the Messiah.