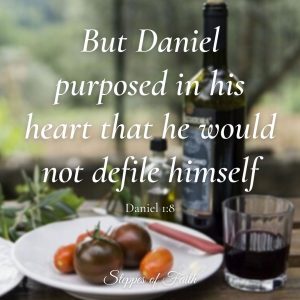 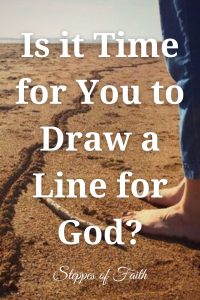 “But Daniel purposed in his heart that he would not defile himself.” Daniel 1:8

Have you ever had to make a huge decision? I am talking about a situation where you either had to draw a line or compromise what you believe, your ethics, your morals?

Maybe it’s something simple like whether or not you should watch a particular R-rated movie. Or may it’s about your job or a friend or loved one. Or maybe it has it to do with your finances. At some point in our lives, we face a moment where we have to decide whether or not we’re going to do the right thing even if those around us don’t.

Daniel of the Old Testament found himself in a similar situation. In 605 B.C., the Babylonians destroyed Jerusalem and took captives back to the king, especially those of the royal household, including Daniel and three of his friends. They were snatched from a strict Jewish upbringing and forced to assimilate into a secular society.

Many of the captives did whatever the Babylonians told them to do. They gave in and conceded their beliefs and ethics so they could fit in or stay out of harm’s way.

But Daniel didn’t. He drew a line in the sand that he refused to cross.

Life in a New Land

In the book of Daniel, we read about a group of friends who were among thousands of Jews taken from their homes and forced to march to Babylon in service of King Nebuchadnezzar. During three long years of indoctrination, the Babylonians changed all the teenaged boys’ names to honor the local gods. They forced them to speak an entirely new language and to thoroughly know Chaldean literature, war history, and mythology about idolatry, all of which the king loved. With their newfound knowledge, these boys would serve the king in his palace.

The boys were also forced to eat a new diet of daily royal delicacies and wine. But Daniel said no. He drew a proverbial line in the sand and declared he would not go any farther.

“But Daniel purposed in his heart that he would not defile himself with the portion of the king’s delicacies, nor with the wine which he drank. Therefore, he requested of the chief of the eunuchs that he might not defile himself.” Daniel 1:8

In many ways, Daniel proved his obedience, even if it meant losing most of his Jewish identity. But when it came to defiling himself, Daniel refused to comply. The food the king served did not meet the restrictions Daniel knew would honor God. So, instead of compromising his faith, he drew a line.

The world has its own cultural god. It is rapidly becoming a type of Babylon, full of anger and greed and selfishness. And too many Christians are going along with it. They are changing their standards and making deals with God so they can fit in with the world.

The Bible calls people who compromise their faith “lukewarm” Christians (Revelation 3:15-16). The world calls them hypocrites. They go to church on Sunday and appear to be good Christians, but by the time they get in their cars after services are over, they’re already back in the world. 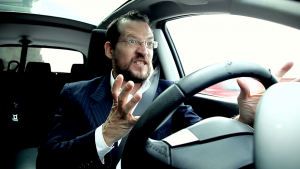 They’re yelling at the other drivers in the parking lot, or they’re planning where to drink beer and watch the big game all day. By Monday, they’re stealing things from the office breakroom or supply room because everyone else is doing it. They’re fudging their tax forms because what’s a dollar here or there? And sometimes, they profess to be Christians but then gossip about what so-and-so did last night. Or they go home every night to someone they sleep with, but they’re not married.

Everyone else is doing it, so what’s the big deal, right?

In these latter days, it’s not hard to see how Babylon is taking over those who follow Christ. We are being led further and further astray by the powers of darkness. And sadly, there are fewer and fewer of us willing to draw a line and stand up for our faith.

But Daniel was different. Though he was in a hostile foreign land under strict authority, he stayed faithful to his teachings and what he believed.

In verse eight of Daniel 1, notice that Daniel was respectful in his actions when he requested not to defile himself. He did not slam his fists on a table and insist on being allowed to eat different food. No, he requested the eunuch’s permission. As a result, God gave Daniel favor.

“Now God had brought Daniel into the favor and goodwill of the chief of the eunuchs.” (v9)

God’s favor persuaded the eunuch to agree to Daniel’s request. And sure enough, after ten days of eating vegetables, Daniel and his friends looked healthier than all the other boys. They were also smarter (v17). And when the eunuch brought them before the king for examination, no one looked in better shape than them.

“And in all matters of wisdom and understanding about which the king examined them, he found them ten times better than all the magicians and astrologers who were in all his realm.” (v10) 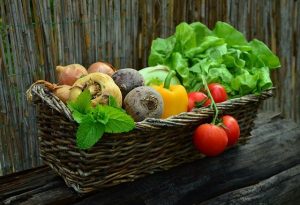 God gave Daniel favor, but there was a catch: He only gave him favor after drawing his line.

Daniel knew he had to learn to deal with his “new normal.” He knew things weren’t going to change anytime soon, if ever. So he did whatever he was told to do, and he compromised some things to keep himself out of trouble.

But then someone told him to do something that wasn’t okay, something he felt would defile him. Something that would profane his soul before God. So he put his foot down. He drew his line. It wasn’t until after he said, “I’ll do this, but I won’t do that,” that God granted him favor.

Too often, Christians ask God for favor in a situation, but they won’t draw their line. They’re doing just fine in the land of Babylon, and the world is pleased because they don’t have an endpoint. There’s no line, no conflict, and everyone’s happy. Yet, they ask for God’s favor if not outright expect it; then they’re surprised when God doesn’t fulfill their request.

There has to come a time when Christians must decide who their god is. Is it a cultural god or the God of all creation? Jesus said we cannot serve two masters (Mathew 6:24). We must make a choice. Either we draw a line and say, “This is how far I will go,” or we give in to keep the Babylonians happy.

It reminds me of the situation when the Israelites were crossing over to the Promised Land. The people were in the same situation as many of us are today, where we think of ourselves before thinking of any obedience to God. It prompted their leader, Joshua, to give the Israelites a tongue lashing and make a bold proclamation we should all loudly declare: 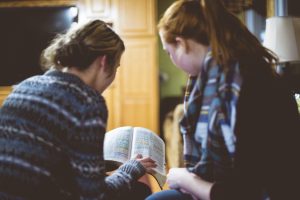 Are you not seeing God’s favor in an area in your life? Maybe it’s time for you to draw a line for Christ. It’s time for all of us to determine exactly how far we’re willing to go before things have gone too far. And in our Christian walk, that should not be too far.

So, where is your line? Are you willing to take a stand for the Lord? The Bible declares it is only then will God grant us favor.