“But when she could hide him no longer, she got a papyrus basket for him and coated it with tar and pitch. Then she placed the child in it and put it among the reeds along the bank of the Nile.” Exodus 2:3 NIV 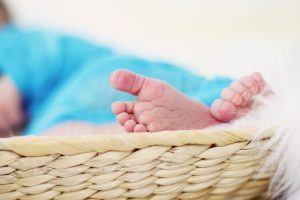 My church has been doing a study of Exodus that has been very insightful. There are so many juicy nuggets that I had not considered before. I found another one recently when we talked about how Moses came to grow up in Pharaoh’s palace. I’m sure you remember the story in Exodus 2. If not, you can read it here.

Pharaoh had made the announcement that all boys under the age of two were to be killed. So when Moses’ mom gave birth to a son she knew she had to hide him somehow. So for three months she did until he got too big to hide anymore. And that’s when she made the basket and sent him down the river and right into the Pharaoh’s daughter’s arms.

You may also know that Moses’ mom’s story doesn’t end there. Thanks to her daughter, she got to be the nursemaid for her son and keep him with her for a little while longer. But when her nursing days were over she had to do probably the hardest thing she had ever done. She kissed her son goodbye and gave him to the Princess to grow up in the palace.

If you’ve ever had to say goodbye to a son or daughter, or maybe even a parent, grandparent, or even a pet, then you can imagine exactly how difficult and painful it was for her to do this. It’s never easy to say goodbye to a cherished loved one. It’s downright heartbreaking. But sometimes it’s moments like this that God can use to make something wonderful happen.

After Moses grew up God began working His plan in Moses’ life. Because Moses killed an Egyptian guard in the course of defending an Israelite slave, he suddenly found himself on the run from the law where he landed right in the middle of farm country. There he met his future wife, Zipporah, and settled in as a sheep herder for the next 40 years.

Herding sheep for 40 years ought to make you a pretty good shepherd, I think. And it was this lengthy job experience that God used to elect Moses to lead the Israelite’s out of Egypt. Since people are a lot like sheep, Moses just used what he knew and saved an entire nation.

So think about this. If Moses’ mom had not put her baby in a basket and floated him down the river…if she had not given him over to the Princess…if she had not made the difficult decision to say goodbye to her son because of her great love for him, the Israelites would never had been led out of Egypt and God’s power be made even more evident.

Maybe it was a little easier to give Moses to the Princess because she knew who she was giving her son to. Not all of us have that advantage. When your child goes off to college you have no idea who he’s going to meet or what’s going to happen to him. If you have a parent that has to go into a nursing home in another state, it’s the same situation. It’s in moments like that we have to remember who God is and the power He has.

God Had A Plan For Moses…And He Does For You

God has a plan for every stage of our lives. His plans are perfect and are designed for His glory. In moments that are difficult and heartbreaking or just plain confusing, we have to remember that He’s still in control. The Bible says that He will never leave us or forsake us, that He is always at our right hand. This should be a comfort for both you and your loved one because even though we may not know what’s going to happen to him or her, we can trust that God will hold them in His loving hands and under His mighty wings. He promises to go before us and protect us. If He is who He said He is then we can trust His word, His love, and His faithfulness. He safely led millions of people across thousands of miles for over 40 years He and made sure they were fed and cared for each and every day. If He is an unchanging God, wouldn’t He do the same for your loved one? 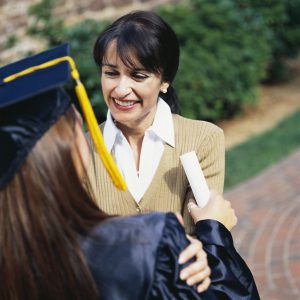 If you’re having to say goodbye and let go of someone, remember who you are giving your loved one to. You are putting her right in the Father’s care and He will work His plan in her life so that not only is she going to be okay, God will bring good from it and be glorified for it too. God is always at work even when we can’t see it or understand it. Knowing this, we can be brave and let go. Just like Moses’ mom.

So try not to worry, Mom. God’s got this. And it’s all going to be okay, I promise. Who knew you had so much in common with Moses’ mom?

Congratulations to all of the graduates! And good job, Mom and Dad!  -Gina