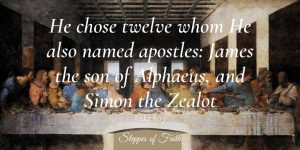 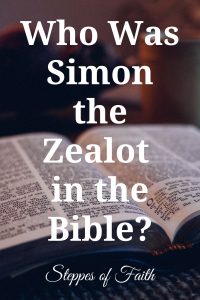 If you’re familiar with Jesus at all (and I’m sure you are), you likely know He had twelve disciples. Most of us know the names of a few of these men—John, Thomas, Matthew, James, Peter—but there is one you may not recall. His name was Simon. No, not Simon who became Peter. That was the other Simon. The man I’m talking about is simply called Simon the Zealot.

Who was this man, and how did he become one of Jesus’ disciples? What does the Bible say about him? It turns out the Bible tells us very little. But thankfully, we can look at historical documents to help us get a better picture of who this Simon was.

A Canaanite and Zealot

“Simon the Zealot” appears only four times in the New Testament. Three of those times is when the Bible lists who Jesus chose to be His disciples. We find this list in Matthew 10:4, Mark 3:18, and Luke 6:15.

“And when it was day, [Jesus] called His disciples to Himself, and from them, He chose twelve whom He also named apostles: Simon, whom He also named Peter, and Andrew his brother; James and John; Philip and Bartholomew; Matthew and Thomas; James the son of Alphaeus, and Simon called the Zealot; Judas the son of James, and Judas Iscariot who also became a traitor.” Luke 6:13-15

It is interesting to note the Gospels of Matthew and Mark call him Simon the Canaanite, while the Gospel of Luke calls him Simon the Zealot. However, the difference in moniker doesn’t change anything. Both names pretty much mean the same thing. 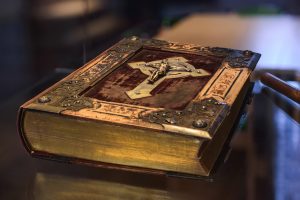 What’s in a Name?

It is likely Simon was a native of Galilee and not from the land of Canaan as some suppose. Here, the word Canaan is a mistranslation from the original Aramaic cananaean, which means “to be zealous.” It indicates he was zealous for the Law of Moses.

Cananaean was also a slang term referring to anyone who belonged to a political faction called the Zealots. In the first century A.D., the Zealots, under the leadership of Judas of Galilee (Acts 5:37), yearned for independence as a Jewish nation. They detested the threat of increased taxation during the census commanded by Governor Quinirus, and, consequently, were dedicated to overthrowing Roman dominance. They further believed the Messiah (Yeshua) would come one day as a mighty general who would help them achieve this victory.

It was very likely Simon belonged to this freedom-fighting group and was an active member when he responded to Jesus’ call to discipleship. He may have also believed Jesus was the mighty general he expected. However, his attitude and beliefs about Jewish independence would have put him at great odds with some of the other disciples such as Matthew, who collected taxes for the Roman government. It’s obvious Jesus assembled a very diverse group.

Whether called Simon the Canaanite or Simon the Zealot, some theories suggest his nickname may have stuck simply as a way to distinguish him from Simon Peter.

Some scholars conclude that Simon was Jesus’ half-brother (Mark 6:3), but more scholars believe he was more likely a brother of James, another disciple.

To be clear, this James is the not the same one as Jesus’ half-brother who became Jerusalem’s first bishop and was martyred by being thrown off the Jewish Temple’s roof and then stoned by priests. And though Mark 6:3 seems to indicate Jesus had a half-brother named Simon, according to Hegesippus, a Christian writer in the days of the early church, that was a different man named Simon. 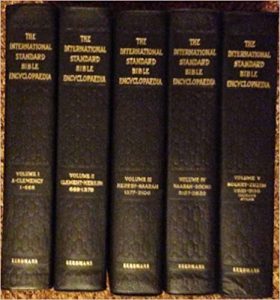 The International Standard Bible Encyclopedia’s section on the Genealogies of the Twelve Apostles refers to Simon this way: “The preaching of the blessed Simon, the son of Cleopas, who was surnamed Judas, which is interpreted Nathanael, who became bishop of Jerusalem after James, the brother of our Lord.”

Fourth-century historian and Bible scholar Eusebius points out that Hegesippus had also written three hundred years earlier that Simon was the son of Cleopas, a name often identified with Alphaeus. Remember, Luke 6:15 says, “James, the son of Alphaeus, and Simon called the Zealot,” a statement indicating Simon and James were likely brothers.

The Bible says nothing more about Simon the Zealot after Acts 1:13, though there are several theories about whatever happened to him.

Most scholars believe he teamed up with Judas (surname Thaddeus) to spread the Gospel throughout Persia and Egypt. Eusebius states that after Simon become the second bishop of Jerusalem (a statement that agrees with Hegesippus), Roman Emperor Trajan martyred him sometime during Trajan’s period of rule from 98-117 A.D.

Author Jacobus Voragine wrote in 1275 that Simon was martyred in Persia by being sawed in half, a belief Christian Ethiopians also have though some proclaim it was in Samaria and not Persia. This long-believed theory is why Saint Simon is often shown holding a saw in individual pieces of art. Voragine retells the story this way:

“And anon two Ethiopians, black and naked, issued out of the idols, all the people seeing which were abashed, and all to break their idols, and went their way, crying cruelly. And when the bishops saw this, they ran upon the apostles and hewed them to death anon. And that same hour, which was right fair weather, came so great thunder and lightning that the temple was smitten in three, and the two enchanters were turned into coals by the stroke of thunder.”

Simon was a very common name at the time. It’s possible there was much confusion about which Simon was which. Unfortunately, it means we don’t really know whatever happened to him, though it seems the observations of Hegesippus are the closest historically to Simon’s time we can find. But even that is not conclusive. 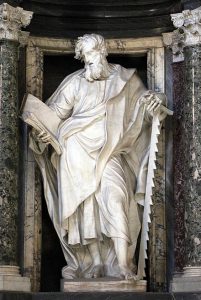 A Zeal for Jesus

One thing we can conclude is Simon’s zeal turned from overthrowing governments to following Jesus’ teachings. Despite the lack of mention in the Gospels, the Bible cites his name in Acts 1:13, where the disciples met together the day after Jesus ascended to heaven.

“And when they had entered, they went up into the upper room where they were staying: Peter, James, John, and Andrew; Philip and Thomas; Bartholomew and Matthew; James the son of Alphaeus; and Simon the Zealot; and Judas, the son of James. These all continued with one accord in prayer and supplication with the women and Mary, the mother of Jesus, and with His brothers.” Acts 1:13-14

Simon the Zealot followed Jesus throughout Jesus’ ministry and continued after the Lord’s death and ascension; however, the only Biblical evidence of this was his involvement in choosing a new disciple as a replacement for Judas Iscariot in Acts 1:23-26. Yet, despite the lack of clear verification, additional historical observations tell us he went on to proclaim the Good News for the remainder of his life.

Regardless, it’s clear Simon’s zeal is why Jesus asked him to join His group of disciples. A zeal he held onto throughout his life, even to the point of death. 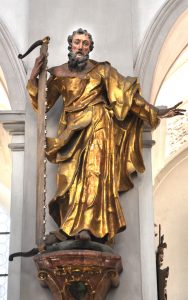 Many thanks to Ritchie Campbell for suggesting this topic of study.