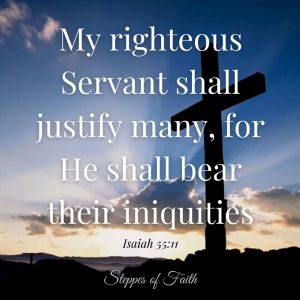 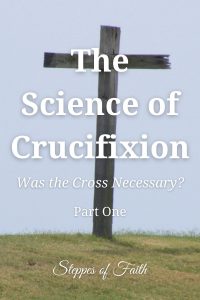 Many believers naturally love to focus on Jesus. We study His parables and commands and the events of His life, including His miracles. But sometimes we forget about the cross.

The day Jesus died, onlookers who were present remarked, “He’s saved others; Himself He cannot save (Mark 15:31).” Of course, the response here is He didn’t need to save Himself. The only reason He was on the cross was to save us.

But why was it necessary? Isn’t God so powerful that He could have defeated sin without a cross? Absolutely He could, but because of His infinite perfection, the cross was still necessary.

The Beginning of Sin

When Adam and Eve ate the forbidden fruit in the Garden of Eden, sin immediately entered the world. But God in His mercy already had a rescue plan, though, by human perception, it would take thousands of years to complete. During the interim, sin still had to be accounted for, and the only way to do that was death. For each sin, blood must be spilled.

Until Jesus came, the penalty for man’s sin was placed on a lamb, although the Jews also sacrificed other animals. The first instance of sacrificing a lamb was in Exodus 12. The Israelites were enslaved in Egypt when God commanded Moses to tell the people to kill a lamb. It had to be a very specific lamb. It must be within a year old and without blemish. After killing it, Moses told the people to paint its blood on their doorway. Those who obeyed escaped the angel of death as it passed by their house that night. We know this historic event as the first Passover.

God then commanded the Israelites to celebrate Passover every year to remind them of His deliverance. For thousands of years, hundreds of lambs were sacrificed in honor of Passover and as a hope for mercy.

But then Jesus arrived. As the only one to ever live without any sin, rendering Him without blemish, He came to be the perfect sacrificial lamb. Through His suffering and death, we now have the gift of grace, and no more lambs need to die on our behalf.

A Brief History of the Cross

Still, the question remains. Why did Jesus have to die on a cross and not by some other means? To answer this, one must first understand a few important things about crosses.

The Assyrians and Babylonians first developed the method of execution by hanging on a cross. Alexander the Great then introduced it to the Phoenicians, who, in turn, introduced it to Rome. The Romans were well known to adopt new forms of weaponry and technology based on the armies they conquered. They soon updated and perfected the cross to be the cruelest it could be.

The Romans utilized the cross from about the 6th century B.C. to the early 4th century A.D. when Constantine the Great embraced Christianity and abolished its use. The Romans most frequently used it to punish political or religious dissenters, pirates, slaves, or those with no civil rights. Though crucifixion is no longer a widely used method of execution (though it still exists), it remains the absolute most heinous form of punishment and execution.

As cruel as it is to attach someone’s body to a cross mechanically, the pain of it wasn’t what eventually killed them. It’s much more insidious than that. By studying the impact of crucifixion on a person, we can better understand the enormity of Jesus’ sacrifice for us. 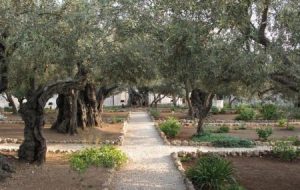 Suffering in the Garden

Before Jesus hung on a cross, He was already suffering.

“And being in agony, He prayed more earnestly. Then His sweat became like great drops of blood falling to the ground.” Luke 22:44

The word agony only occurs in the Bible in Luke 22:44. The Greek word for it is agonia, and it means torture or anguish. Other translations say it means “engaged in combat.” Jesus was clearly in a spiritual battle like none He’d ever experienced. The battle was so severe, He told Peter, James, and John, “My soul is exceedingly sorrowful, even to death (Mark 14:34).”

According to Dr. Frederick T. Zugibe, a forensic pathologist, in his 1988 book, The Cross and the Shroud, when Jesus prayed in the Garden of Gethsemane, His anxiety and fear were so intense, He developed a condition called hematidrosis. It stems from a person’s “fight or flight” instinct when they experience great fear. It exhibits as sweat containing small amounts of blood.

Aside from blood-tainted sweat, hematidrosis also causes a rise in blood pressure while the blood vessels are constricting at the same time. The body reacts by diverting any available blood to the brain, making the person vomit due to decreased digestive function.

Jesus likely experienced these symptoms. By the time Judas Iscariot and the Roman soldiers showed up to arrest Him, He would have been already very dehydrated and exhausted. 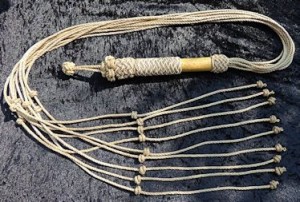 The Effects of Scourging

After Pontius Pilate sentenced Jesus to death, the Romans took Him away to scourge Him. They stripped Him naked and tied His hands to a short pole, so He was bending over. As was the custom of the time, the soldiers then flogged Him with a flagrum.

Considered one of the cruelest of all weapons, a flagrum was a whip with three or more leather tails. The end of each tail contained metal balls or sharp shards of sheep bones.

Deuteronomy 25:3, under Mosaic Law, sets the number of lashes at 40, but the Jews later reduced it to 39 to prevent any counting errors. The Jews also believed thirty-nine hits were sufficient to kill the accused, which often proved true. However, Roman law did not put any limits on the number of blows given.

As the Romans soldiers beat Jesus, the bones on the flagrum would have ripped deeply into His skin and muscles, causing additional blood loss, perhaps as much as 4 ½ ounces. The flagrum was also known to break the ribs (though not Jesus’ in keeping with Exodus 12:46, Numbers 9:12, and John 19:36). It also severely bruised the lungs if not completely punctured them causing them to collapse. Internal bleeding would have also occurred.

As a result of the trauma, Jesus likely experienced tremors, seizures, and bouts of fainting. More vomiting probably occurred as He continued to sweat, both making Him crave water.

The severe loss of fluids would have caused Jesus to go into hypovolemic shock, an emergency condition brought on by a large amount of blood loss. In such a condition, the heart cannot pump enough blood through the body and results in organ failure.

If the lungs were punctured, fluid would fill the lungs making it extremely difficult to breathe. Whatever breath Jesus got would have been excruciating due to His broken ribs.

The Bible does not tell us to what extent the Romans beat Jesus. Only the book of Isaiah mentions it.

“I gave My back to those who struck Me, and My cheeks to those who plucked out the beard. I did not hide My face from shame and spitting.” Isaiah 50:6

“Just as many were astonished at you, so His face was marred more than any man and His form more than the sons of men.” Isaiah 52:14

In addition to the beatings which completely disfigured Jesus’ face, Isaiah tells us the soldiers also pulled the hair out of His beard, and they spit on Him. 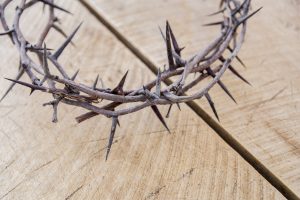 The Roman soldiers also forced Jesus to wear a crown of thorns. According to Dr. Michael Evanari, Professor of Botany at the Hebrew University of Jerusalem, the thorns likely came from the Syrian Christ Thorn plant, which has closely spaced, very sharp thorns, each about one to two inches long. Some scholars speculate the thorns on Jesus’ head were not in the shape of a wreath but a cap. Regardless, they did plenty of damage.

Stabbing, explosive pain would radiate throughout one’s face by even the slightest movement or touch. Even a light breeze or sunshine would cause excruciating pain. When the soldiers struck Jesus on His head with reeds (Matthew 27:30), which are very light, they callously knew He would experience pain similar to electric shock across His entire face and deep within His ears. He would feel this pain until the moment He gave up His spirit, His level of traumatic shock all the while worsening.

The thorns themselves would have contributed to additional blood loss causing Jesus to become even weaker and light-headed. As His traumatic shock grew worse, He likely vomited again and continued struggling to breathe.

No evidence exists proving Jesus wore the crown as He hung on the cross. Regardless, the damage was done.

Altogether, scourging by flagrum causes enormous physical trauma. Not all victims survived, but Jesus did.

And He still had not yet begun His walk to Golgotha.

2 Replies to “The Science of Crucifixion: Was the Cross Necessary? Part One”