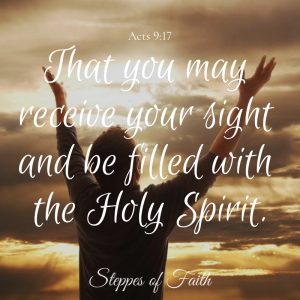 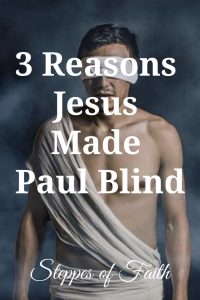 “…That you may receive your sight and be filled with the Holy Spirit.” Acts 9:17

When someone accepts salvation, the conversion can often have a tremendous effect. Such was the case for Saul (who would soon become Paul) while he was walking to Damascus.

Saul was, without a doubt, not a kind and gentleman. He wasn’t the guy you would ask to help you move. No, he was a very proud man with a lot of hate in his heart. Still, he was no match for Jesus who changed his life so radically that he went on to be the greatest missionary the world has ever known.

How did Jesus do that? He captured Saul with one sure-fire tactic—He made Saul blind.

Why blindness? Why wouldn’t Jesus use some other method to reach Saul? The Bible doesn’t give us the answer, but we can reasonably conclude there are three reasons why Saul experienced this divine phenomenon.

Jesus found Saul walking on a road in the middle of a mission to deliver letters from the chief priests in Jerusalem to the synagogues in Damascus. In the letters was a command to the priests to arrest anyone who was found to be a follower of “The Way” (Jesus), whether man or woman. After the arrest, they were brought back to Jerusalem to stand trial before the Pharisees. 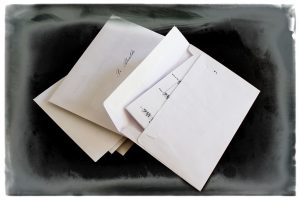 Carrying these letters was a task Saul was all too happy to do. He couldn’t stand Christians. In Acts 26, (now) Paul is standing trial before King Agrippa after being accused of sedition by the Pharisees. Paul tells the king about his former hatred for Christians before he tells the story of his own conversion to Christianity.

“Indeed, I myself thought I must do many things contrary to the name of Jesus of Nazareth. This I also did in Jerusalem, and many of the saints I shut up in prison having renewed authority from the chief priests; and when they were put to death, I cast my vote against them. And I punished them often in every synagogue and compelled them to blaspheme; and being exceedingly enraged against them, I persecuted them even to foreign cities.” Acts 26:9-11 NKJ

It cannot be understated that Saul outright hated Christians. He persecuted them to the point of death, and he did it often. What he didn’t understand was that when he was persecuting them, he was also persecuting Jesus, and Jesus wasn’t going to take it any longer.

It was time for Saul to experience a new line of work. 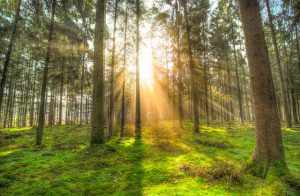 The time came when enough was enough. Jesus came as a bright light shining down from heaven on Paul and those who were with him. Acts 9:4 says the light was so bright it caused them to fall to the ground.

Then, Saul heard a loud voice saying, “Saul, Saul, why are you persecuting me?”

Naturally, Saul asks, “Who are You, Lord?” Notice that Saul innately knows it’s God who is speaking to him.

“I am Jesus, whom you are persecuting,” Jesus responds.

Surely, this made Saul shake in his sandals, so he asks, “Lord, what do you want me to do?” Notice here too that Saul is responding with obedience as a Christian should.

Jesus explains that Saul should continue to Damascus where he will be told what to do. Saul’s colleagues stood up still hearing God but saw no one. Then Saul stood up and opened his eyes. That’s when he realized he had been made blind. Paul explains later in Acts 22:11 that he could not see “for the glory of the light.”

Saul was then led by the hand to Damascus where he didn’t eat or drink anything for three days as he sat in his new dark world waiting for further instructions. There was nothing to do but sit and listen.

At the end of the third day (a correlation to Jesus’ resurrection on the third day maybe?), Ananias was summoned by Jesus to go to Saul, lay hands on him, offer salvation, baptize him in the Holy Spirit, advise him to call on the name of the Lord (Acts 22:16), and introduce him to the other disciples.

And so, Saul, his Hebrew name, changed his name to his Roman name, Paul, and began a ministry to the Gentiles (Romans 11:13) that forever changed the world.

Jesus could have used any method to get Paul’s attention, but He chose blindness. The Bible doesn’t specifically explain, but we can reasonably assume three reasons why Jesus handled it this way.

With Paul being a very prideful and self-righteous man, it was necessary for Jesus to assert His authority and power. Paul needed a first-hand experience if he was going to be successful in his ministry.

Jesus called him “a chosen vessel of Mine to bear My name before Gentiles, kings, and the children of Israel (Acts 9:15).” Paul was specially chosen to spread the Gospel news, which he did very well. But before he could get started, he was going to need God’s power on his side and understand the magnitude of it.

The only way to do that was to stop Paul literally in his tracks and overwhelm him with His presence and glory.

We must all surrender to God if we’re going to experience true salvation and respond in obedience to His calling on our lives. Paul needed this too. His blindness caused him to understand that he is helpless before God and that he needed God in his life.

With Paul sitting in darkness for three days not knowing why it happened or if he would stay blind forever, God truly brought Paul to his knees. Humbled and confused, by the time Ananias appeared ready to lay hands and baptize him, Paul was completely ready to surrender to God’s will. 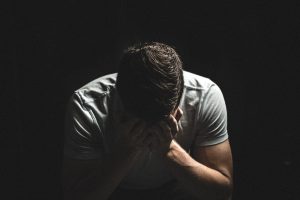 Spiritually, Paul needed to lose his sight in order to gain it. He wouldn’t be able to clearly see God unless his old way of looking at things was taken from him. The Bible doesn’t say, but I’m sure he was incredibly thankful when his sight was restored because he was then able to see God in a new light and with a new perspective.

Acts 9:18 says, “Immediately there fell from his eyes something like scales, and he received his sight at once, and he arose and was baptized.” The old way of seeing Christians and Christ Himself was gone. Those scales fell away. Now, he would become one of them. A chosen apostle commissioned for service to bring the Gospel to both Jews and Gentiles.

Opening the Eyes of Your Heart

Paul’s conversion is an amazing story illustrating how nothing is too hard for God. He knows who He wants to call, He knows how to get their attention, and He can do it anytime, anywhere. Paul came to fully understand this.

Some have suggested that Paul had trouble with his vision throughout his life because of what he wrote in Galatians 6:11 (“See with what large letters I am writing to you with my own hand”). Despite his slight disability, the eyes of his heart were forever opened wide, and he longed the same for others.

“. . .that the God of our Lord Jesus Christ, the Father of glory, may give you the Spirit of wisdom and of revelation in the knowledge of Him, having the eyes of your hearts enlightened, that you may know what is the hope to which He has called you, what are the riches of His glorious inheritance in the saints. . . “ Ephesians 1:17-18 ESV 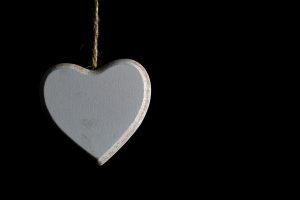 Opening the eyes of your heart happens by simply surrendering to God’s power and love and responding in obedience to His calling for your life. Opened eyes that are diligently kept open are the ones that wholly experience the eternal fullness of God’s love, joy, hope, and blessing. Paul intimately knew this all his life after that fateful day on the road to Damascus. Listen to his words written in 2 Timothy 4:6-8:

“For I am already being poured out as a drink offering, and the time of my departure has come. I have fought the good fight, I have finished the race, I have kept the faith. Henceforth, there is laid up for me the crown of righteousness, which the Lord, the righteous judge, will award to me on that day, and not only to me but also to all who have loved His appearing.”

May we all have the vision of open hearts fully surrendered to our Lord and Savior.

If you’re a fan of apostle Paul, you can read more about him over at Got Questions? They’ve done a good job detailing the three different missionary journeys he and his partners completed as they spread the good news of the Bible to the Roman world.

31 Replies to “3 Reasons Why Jesus Made Paul Blind”