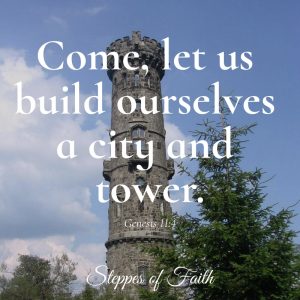 “Come, let us build ourselves a city and tower.” Genesis 11:4

Many stories in the Old Testament can be difficult to understand. From Abraham to the prophets, sometimes the Bible can be downright confusing. Or maybe we unknowingly misunderstand the lesson of the story.

Take the tower of Babel in Genesis 11, for example. My husband and I were talking about this story this week, and he asked me what it’s about. I told him what I thought I knew, but then I thought I had better look at it again. It must have been the Holy Spirit nudging me because, although I knew a lot about it, I had totally missed the main point.

The tower of Babel isn’t just about a tower some people built. It’s all about pride, rebellion, and the importance of being obedient to God’s word.

The story of the tower of Babel occurs just after Noah’s death in Genesis 11:1-9. But to fully understand what’s going on, we need to turn back a page or two to the part when God established a new covenant with His creation, the earth.

After Noah and his family leave the ark, Noah builds an altar that melts God’s heart. He was so pleased with Noah’s burnt offerings that God decided to never flood the earth again.

“And the Lord smelled a soothing aroma. Then the Lord said in His heart, ‘I will never again curse the ground for man’s sake, although the imagination of man’s heart is evil from his youth; nor will I again destroy every living thing as I have done. While the earth remains, seedtime and harvest, cold and heat, winter and summer, and day and night shall not cease.” Genesis 8:21-22

God then tells Noah and his sons about the new covenant in verses 9-15 including the telltale sign of His covenant—a rainbow. 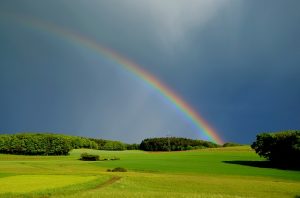 Sandwiched in between God thinking about His new covenant and then telling Noah’s family about it, God tells Noah and his sons to “be fruitful and multiply and fill the earth (Genesis 9:1).”

Noah only had three sons, but his family had no trouble fulfilling God’s command. They were so prolific that all of Genesis 10 is dedicated to listing all their children and grandchildren by name, and there were quite a few.

With the passing of each generation, each son’s family eventually established their own tribe and claimed their own nations. So, while many were claiming territory, still many other people continued spreading across the earth and filling it.

It was during one of these migrations that a certain group of people found a great place to build a tower.

In the middle of nowhere in the land of Shinar (historical Babylon and currently Iraq, about 60 miles southwest of Baghdad), a group of migrants under the mighty leadership of Nimrod decided to stop and create a village.

Nimrod was the grandson of Noah and the son of Ham. If you remember, Ham was the son Noah cursed for teasing and making fun of his dad after he found his dad drunk and naked one night (Genesis 9:20-27). According to the Bible, it was Noah’s curse that created the Canaanites because all of Ham’s family was then considered disobedient.

One day while the people were building the village, someone (perhaps Nimrod himself) suggested they build a tower that reached to the heavens. If you’ve been keeping up with this blog, then you already know that when we say “heavens” we’re talking about three different heavens, the highest one being the holy throne of God. So, these villagers are talking about creating a tower that reaches to God Himself. Though they knew they couldn’t actually build such a tower, their intention was to make it as tall as humanly possible.

Why would they build such a tall tower? Let’s look at Genesis 11:4.

“And they said, ‘Come, let us build ourselves a city and a tower whose top is in the heavens. Let us make a name for ourselves, lest we be scattered abroad over the face of the whole earth.”

Their goal was to create something that represented their great abilities and establish a famous reputation among the other tribes. They wanted to be the envy of everyone across the land. Their pride was bad enough, but that’s not what got God really upset.

Remember, they were supposed to multiply and fill the earth, but this group of people had decided to stop, put down roots, and show off how smart and skilled they were. Their pride led the people to rebel against God’s command and to steal His glory.

Of course, God wasn’t going to have any of that, so there was only one thing to do.

After the tower was built, God came down to take a closer look at what the people had created, and He didn’t like it. He then had a little conversation with Himself.

“Indeed, the people are one and they all have one language, and this is what they begin to do. Now nothing that they propose to do will be withheld from them.” Genesis 11:6

God notices how united they are, and they all have one language which allows them to do whatever they wish to do. And respect for the Lord’s commands isn’t important. So, He comes up with a plan.

“Come, let Us [the Trinity] go down and confuse their language, that they may not understand one another’s speech.” (v7)

God didn’t destroy the tower, but He did scatter the people. How He did it the Bible doesn’t say. But they were all driven away, the village construction was never completed, and their language was suddenly changed. 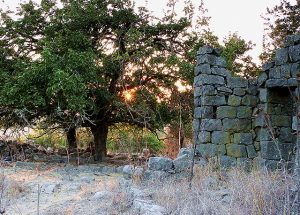 Now, certain groups couldn’t understand each other anymore. Those who could communicate gathered together and created new nomadic tribes, which is why some scholars believe is how today’s languages were originally created.

It’s interesting to note that the person who first came up with the idea to build the tower said in verse four, “Let us make a name for ourselves lest we be scattered abroad over the face of the whole earth.” It turned that his prophecy was fulfilled.

So, God called the tower Babel, which means “noisy confusion” and is where the later kingdom of Babylon was established.

Avoiding the Tower of Babel

With stories like this, it can be hard to understand what the lesson might be. On the surface, it just looks like a historical account of an early nomadic tribe. But when we take a closer look, we see that God is illustrating for us the importance of obeying and respecting Him. We also see the danger of becoming prideful, arrogant, and thinking we don’t need God.

God is reminding us (again) of the consequences of sin. Some consequences are great, and some are not. In the case of Nimrod’s tribe, their behavior and attitudes were so bad God completely scrambled their language and forced them back on the road to “multiply and fill the earth.” This is the power of God and is why we need to be careful about our choices.

As Christians, we ought to examine our hearts and minds every day to make sure we are staying on the path of humble obedience while maintaining complete respect for God’s power. Straying off the road creates a tower of Babel— “noisy confusion”—in our lives.

Stick to God’s path. Follow His way, and you’ll never go wrong. His way is always the best way.

17 Replies to “The Hidden Lessons of the Tower of Babel”