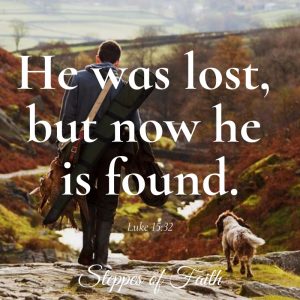 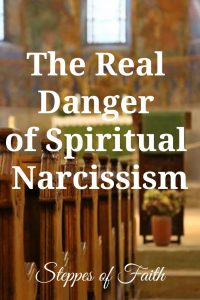 For your brother was dead and has come back to life! He was lost, but now he is found!” Luke 15:32

Many of us are familiar with the story of the prodigal son. A young man demands his inheritance from his father so he can go and party it up in a far-off land. After spending all the money, he is forced to find work. He goes to work for a local pig farmer, and one day as he’s feeding the pigs, he realizes that the animals eat better than him. So, he decides to go home, beg for his father’s forgiveness, and, hopefully, be allowed to become a servant.

We know the father comes running when he sees his son (an incredibly undignified thing for a man to do at the time). He puts his finest robe and a ring on his son and calls for the fatted calf to be killed. It was time to celebrate! What once was lost was now found.

It is a beautiful story. We love happy endings. But was it?

Jesus told this richly layered story to emphasis several points at the same time. The first point is about parenting and forgiveness. The second point is about humility and not being afraid to say you messed up. And the third is about narcissism.

Wait. Where in the story did Jesus talk about narcissism? Wasn’t it all about a beautiful family reunion? Not exactly. Consider the older brother. Jesus wonderfully illustrates the boy’s attitude, but what He was really doing was warning us about the dangers of spiritual narcissism.

“Meanwhile, the older son was in the fields working. When he returned home, he heard music and dancing in the house, and he asked one of the servants what was going on. ‘Your brother is back,’ he was told, ‘and your father has killed the fatted calf. We are celebrating because of his safe return.’ The older brother was angry and wouldn’t go in. His father came out and begged him, but he replied, ‘All these years I’ve served you and never once refused to do a single thing you told me to do. And in all that time you never gave me even one young goat for a feast with my friends. Yet when this son of yours comes back after squandering your money on prostitutes, you celebrate by killing the fatted calf!’ His father said to him, ‘Look, dear son, you have always stayed by me, and everything I have is yours. We had to celebrate this happy day. For your brother was dead and has come back to life! He was lost, but now he is found!’” Luke 15:25-32 NLT

At first glance, the older brother’s reaction seems reasonable. He is the one who was always responsible, always worked hard, did everything he was told to do like a good boy. And what thanks did he get? Now, his reckless little brother has come home after wasting all their father’s money, and there is a party going on. How can that be?

If we take a closer look, we see the older brother has a really bad attitude. He is only thinking about himself, he is whining and complaining, and he is angry. Very angry. So, he says to his father…

“Yet when this son of yours…”

“…You never gave me even one young goat for a feast with my friends.”

Can you hear the disrespect and the whining?

Jesus is trying to warn us about our spiritual attitudes in this parable. He is warning us about the dangers of spiritual narcissism.

We probably have at least a vague idea of what a narcissist is, but what are the actual signs and symptoms?

According to Psychology Today, narcissists…

Looking back at Luke 15, we can see that the older brother exhibited many of the above traits. He…

The older brother definitely had an issue with narcissism. His insecurity and doubt of his father’s love prove it. But this type of narcissism was not what Jesus was talking about.

Jesus would not want any of us to behave the way the older brother did. It is hardly Christ-like. But what Jesus was trying to point out was not the danger of behavioral narcissism but spiritual narcissism.

When we act like the older brother, we are putting the focus of our spiritual life on us and not on others where it should be. We are not empathetic toward their spiritual wellness and salvation because we cannot get the attention off ourselves. We put all the focus on our own spirituality, and we lose sight of what is truly important. Remember Jesus’ last command—the Great Commission—before He ascended to heaven.

“Go therefore and make disciples of all the nations, baptizing them in the name of the Father, and of the Son, and of the Holy Spirit, teaching them to observe all things that I have commanded you.” Matthew 28:19-20

Jesus does not want us to focus solely on our personal spiritual walks. We must turn our attention to saving the lost and welcoming them home with open arms. 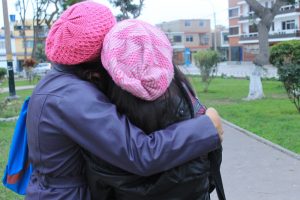 How can we turn our attention away from our spiritual goals and put it all on reaching others for Christ? It happens through spiritual maturity.

It takes time to be spiritually mature. It takes some measure of learning and growing in Christ, but the real growth comes by humbling ourselves and allowing Him to use us for His service.

Another part of maturity comes from remembering God’s promise that He is always with us. Remember He is always faithful in His love, and (just like the father in the parable) everything He has is ours.

“Look, dear son, you have always stayed by me, and everything I have is yours.” Luke 15:31

We already have everything we need because of God’s great provision. Once we grasp that, we can more easily get the attention off our spiritual needs and wants and join God in His pursuit of the lost.

The Other Two Parables

Just before the parable of the prodigal son, Jesus illustrated the idea of pursuing the lost and celebrating when they are found in two other parables. One was about leaving the ninety-nine to chase after one lost sheep.

“And when [the shepherd] has found it, he lays it on his shoulders, rejoicing. And when he comes home, he calls together his friend and neighbors saying to them, ‘Rejoice with me, for I have found my sheep which was lost!’” Luke 15:5-6

Jesus then tells the parable of the woman who lost a valuable coin. She turns the house upside down looking for it, and when she finds it, she calls her friends and neighbors together and says, “Rejoice with me, for I have found the piece which I lost!” (Luke 15:8-10)

At the end of both the sheep and coin stories, Jesus sums them up by saying there is joy in heaven over one sinner who repents than over many who won’t. It’s a true reason to celebrate. But notice that someone had to be willing to put their focus on the lost—someone willing to chase the sheep or turn the house upside down—and making it their goal to find them.

The Spiritual Metaphor of Narcissism

Jesus’ big metaphor in the story of the prodigal son is that the Pharisees are just like the older brother. Because of their narcissism, they behave hypocritically as religious leaders. They lack true empathy for others, demand everyone’s attention, and presume entitlement. They have no sense of sin or real love for the Father, and they certainly are not interested in saving the lost. Their only concern is themselves and their need for power.

Jesus warns us to not be like the Pharisees. We cannot become so caught up in our Christian bubble that we forget Jesus’ Great Commission. Our focus needs to stay on reaching the lost and not on ourselves. Otherwise, we become like the older brother. 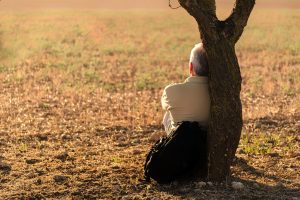 Which brother are you? Are you like the younger brother where you’re willing to humble yourself and repent? Or are you like the older brother, tending to be more focused on yourself than you should be?

Or are you like the father? Are willing to watch and wait patiently for someone who is lost? Are you willing to forgive and celebrate with heaven when he or she is found?

Maybe you’re like both the younger son and the father. Maybe you have both characteristics, which is fantastic. But if you identify more with the older brother, it is time for some self-examination of your spiritual maturity.

Heed Jesus’ warning and do not be like the older brother because your spiritual narcissism will keep you from sharing in God’s joy. And you will very likely miss the big party. Remember, Jesus said not everyone will enter the kingdom of heaven. We never want to hear Jesus say, “I never knew you; depart from Me, you who practice lawlessness (Matthew 7:23).”

Endeavor to be not like the older brother. Choose today to humble yourself and seek God’s will. Join Him in His pursuit of the lost. The celebration that follows is sure to be beautiful. Not just here and now but for eternity.

If someone you know tends to behave like the older brother in the prodigal son parable, you might want to check out the article from Psychology Today. Dr. Preston Ni lays out the different traits of narcissists and gaslighters and how their behavior can be potentially dangerous and destructive without professional therapy.

Contact your local domestic abuse shelter or the National Domestic Violence Hotline if you feel things are getting far too out of hand or if you’re being harmed in any way. They can confidentially answer your questions and give you helpful suggestions about how to handle things. You can remain anonymous if you wish, or you can provide your information so they can better help you find safety if necessary.

6 Replies to “The Real Danger of Spiritual Narcissism”