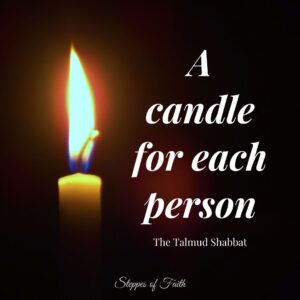 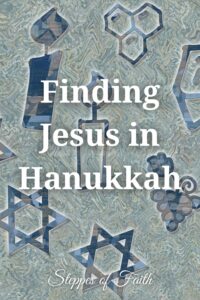 The Baraita from Babylonian Talmud Shabbat 21b

Just because Christmas is about the birth of the Messiah Jesus does not mean He cannot be found in Hanukkah. In fact, John 10 tells us He celebrated Hanukkah.

“Now it was the Feast of Dedication in Jerusalem, and it was winter. And Jesus walked in the temple in Solomon’s porch.” (John 10:22-23)

Most of us think of Hanukkah simply as a time for lighting candles and eating festive meals. But Hanukkah is much more than that.

In 169-168 B.C., Syrian Emperor Antiochus Epiphanes attacked Israel after a failed attempt to conquer Egypt. Approximately thirty months later, he took control of Jerusalem with the sinister goal of conquering Israel and eradicating Judaism and every trace of their culture. Among his evil deeds, he…

Though the Jews were greatly incensed by the new decrees, they knew anyone who failed to obey faced harsh punishment: Antiochus either executed them immediately or sold them into slavery.

But the worst was yet to come. Antiochus eventually blasphemously sacrificed a pig on the Temple’s altar. Daniel prophesied his desecration of the Temple in Daniel 11.

“And forces shall be mustered by him, and they shall defile the sanctuary fortress, then they shall take away the daily sacrifices and place there the abomination of desolation.” (Daniel 11:31)

It is significant to note that Daniel’s prophecy concerns a still-future event, not the attack on Jerusalem. However, Antiochus’ sacrifice of pigs on the altar of God foreshadows the Antichrist’s actions when he comes. Satan will model the Antichrist after Antiochus, but the Antichrist will be far more wicked.

Regardless of the risks, the Jews could no longer tolerate Antiochus profaning God’s Temple. It was entirely inexcusable. 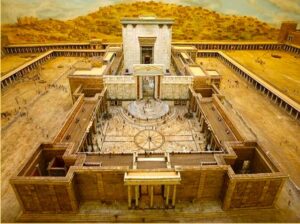 Hanukkah, a Feast and a Festival

Against all odds, a small band of Jewish rebels led by Judas Maccabee successfully revolted against Antiochus and drove the Syrian army out of Israel in 165-164 B.C. Once free, the Israelites quickly cleaned and rededicated the Temple to God. This is why Hanukkah is known as the Feast of Dedication.

But soon, there was a problem. When the priests attempted to relight the menorah, they found only one vial of purified oil left by the Syrians, and the vial held only enough oil for one night. With no other options, they lit the menorah. Miraculously, the oil lasted eight days until the priests could prepare new oil. This is why Hanukkah is also known as the Festival of Lights.

Hanukkah indeed celebrates the miracle of the oil burning for eight days, but it also celebrates God’s deliverance. Much like how God saved the Jewish people from destruction during the times of Moses, Queen Esther, Gideon, Hezekiah, Nebuchadnezzar, and even Hitler, He also protected them from Antiochus’ evil plans of annihilation. And He will again in end times.

Most people know very little about the Maccabean Revolt, if anything at all. Its story is not found in the canonized Bible we read today. We must read about it in the Septuagint, which theologians have repeatedly found largely inaccurate regarding biblical truth. However, it still holds valuable and historical information related to Scripture.

The Septuagint and other historical texts tell that Antiochus attacked Jerusalem and desecrated the Temple. Judas Maccabee and his band of poorly armed but tenacious rebels did repel them and save Israel. Everything about the event was a miracle. It was also divinely orchestrated.

Jesus was there the entire time.

As a part of the Trinity and second in the Godhead, Jesus was directly responsible for the Israelites’ deliverance. Just as in times past, His hand was upon them when the Syrians attacked, and the Maccabees bravely defended their land and faith. Through it all, God continually showed His faithfulness to His people. 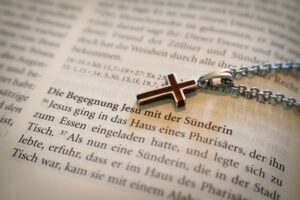 Our Savior and Deliverer

Hanukkah is a beautiful celebration of God’s miracles, but it is most especially about His enduring faithfulness and love.

Deliverance and victory did not only occur when Antiochus attacked Jerusalem. God was already saving Israel through centuries of seemingly endless foreign attackers, global persecution, jealousy, and hatred. And when He sent His Son, He showed that He is still with them.

But Jesus’ birth, death, and resurrection are not only for the Jewish people. His everlasting faithfulness is for all who surrender to Him and commit their lives to follow Him. His promises to the Jewish people are also for those who walk obediently by putting their full faith and trust in the Lord Jesus Christ.