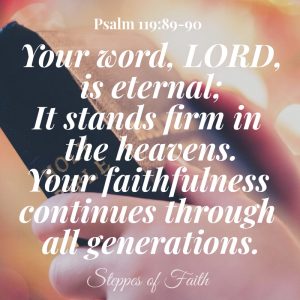 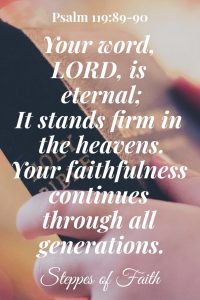 “Your word, LORD, is eternal; it stands firm in the heavens. Your faithfulness continues through all generations.” Psalm 119:89-90

When my kids were younger, we loved watching Veggie Tales. I mean, who can resist the cuteness and humor, not to mention the music? In one wonderful episode, Junior Asparagus portrays David in that famous Bible story of David’s battle with Goliath. Junior reminds his brothers several times that little guys can do big things too before he slays the giant and saves Israel from the Philistines.

The story—and many others like it in the Bible—can be looked at two different ways. It’s about little guys doing big things, that’s true, but it’s also about how God commonly uses small things to accomplish His big plans according to His sovereign nature.

But, why did God choose those people? What made them different from others? Let’s look at who some of them were and why, when God wants to do something big, He often starts with someone small.

Joseph had twelve brothers, and he was one of the youngest. Poor Joseph and his only full-blooded brother had already lost their mother, Rachel, and now his half-brothers hated him because he was their father Jacob’s favorite. His pride and immaturity eventually landed him, first, in a deep pit and then sold to Egyptian slave traders. Twenty-five long years went by before he ever got to be Administrator of Egypt, just second to Pharaoh. That’s a long time of waiting for something good to happen. 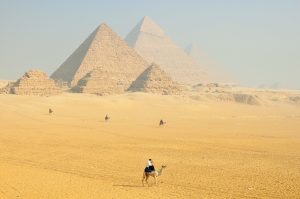 Why would God choose Joseph to do great things for Him? What was it about him? The answer is that Joseph consistently remained patient and faithful to God for all those years. He was obedient to God in Potiphar’s house, in jail, and as he assisted Pharaoh so that no matter where he was he prospered. It was Joseph’s faithfulness to the Lord that eventually promoted him to a position of great power where he not only saved his family, he also saved the entire country.

Joseph was just one kid, one little guy, who God used to do big things. His faithfulness preserved the Israelites and changed the course of history forever.

Gideon was the least of his entire family. He was the youngest, the smallest, and, therefore, the least respected out of his entire tribe. His social position put him in charge of menial tasks around the family farm. Then, one fateful evening when he was threshing wheat in the winepress to hide it from the evil, marauding Midianites, an angel of the Lord appeared to him telling him he was about to save Israel. After some extended field testing to make sure the angel was for real, Gideon agreed to lead Israel into battle. 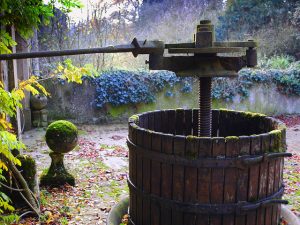 Why Gideon? It was because he had an obedient nature and that’s exactly what God was looking for. Gideon had to dig deep to fully trust God when He allowed only 300 men in the army, but his faithfulness never wavered. And so Gideon and his little army ended up defeating the Midianites.

God again used something (or someone) small to do something great, and it was all because of Gideon’s obedience.

I’m not entirely sure where his brothers were up until Samuel visited David’s house, but we know that David was daily busy out in the field protecting the family’s sheep. Like Gideon, David was the youngest, so he got the shepherding job. But, the job wasn’t just a bunch of standing around watching sheep all day. Like a trial by fire, David had to learn how to fend off lions and bears and whatever animals tried to kill his sheep. The experience turned him into a fearless warrior. 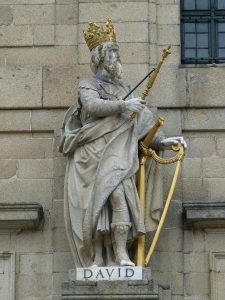 David wasn’t just strong and brave. Again, like Gideon, David was an obedient person. He did what he was told no matter what it was. We read that many times throughout David’s life, from serving his family with the sheep to taking food to his brothers on the front lines of battle, to playing nightly bedtime music for a king who he knew hated him and wanted him killed. David was consistently obedient to God in every situation.

Whatever his circumstances, David’s undying faith earned him the moniker “a man after God’s own heart” (1 Samuel 13:14), giving us yet another example of God doing big things by starting with something small.

Poor Esther had a very rough life. Presumably, her parents had died forcing her to live with her cousin Mordecai, who, thankfully, was an extremely kind man and treated her like a daughter. But not long after, she is plucked from a crowd to be one of King Ahasuerus’ concubines and live the rest of her life in the king’s palace

The king was head-over-heels in love with Esther, at least physically. He barely knew her, but he was stunned by her grace and overwhelming beauty, which gained her incredible favor with him. Here’s how much:

“The king loved Esther more than all the other women, and she obtained grace and favor in his sight more than all the virgins, so he set the royal crown upon her head and made her queen instead of Vashti. Then the king made a great feast, the Feast of Esther, for all his officials and servants, and he proclaimed a holiday in the provinces and gave gifts according to the generosity of a king.” Esther 2:17-18 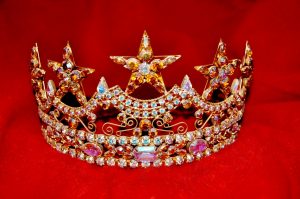 What the king didn’t know is that Esther was Jewish. Had he known, the king might have killed her because of his anti-Semitic beliefs. So Esther, at Mordecai’s instruction, kept her mouth shut about her family history.

[Side Note: Satan had already tried to kill off everyone whose blood would lead to Jesus’ birth. He was not able to kill Joash in 2 Chronicles 22:10-12, however. And now, Satan was maneuvering again to kill the entire Jewish population by using an anti-Semitic king.]

Why Esther? God chose Esther because of her obedience. Her beauty and silence allowed God to place her in a unique position within the favor of the king. It was only at the right time when she felt safe to reveal who she was (which took amazing courage), that God’s plan defeated Satan’s tactics. Without Esther’s obedience and faithfulness to God and her people, Satan might have won that day.

Esther was placed in the king’s palace for only one reason—to save all the Jewish people from annihilation and preserve Jesus’ bloodline. Here again, we see God using someone small to accomplish His big plan.

So far, we have examined how God used ordinary people to accomplish his extraordinary plans in the Bible. All it took was their obedience and faithfulness. But for all Joseph, Gideon, David, and Esther did, none of them could stack up to Jesus. No one has ever been more faithful or obedient than God’s own Son. 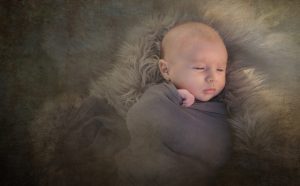 How was Jesus like the others in God’s plans? It was how Jesus came into the world in the first place, as a baby. God didn’t wait until Jesus was all grown up to set the redemption of the world in motion. No, it happened the day He was born. Jesus was just a newborn, an ordinary, unremarkable baby. It was this unassuming beginning that God began the work of saving His people once and for all.

I don’t think we need to review everything Jesus did, but it’s easy to see how He fits right in with how God does things. The eternal salvation of God’s people, the biggest of God’s plans, began with something small—a baby in a manger surrounded by smelly animals and hay in a dark stable in the middle of tiny, poor Bethlehem who grew up and saved the entire world.

God Has Big Plans for Us

Each of these people had incredible faithfulness, and in turn, God was faithful to them. Psalm 119:89-90 says,

“Your word, LORD, is eternal; it stands firm in the heavens. Your faithfulness continues through all generations. You established the earth.”

“Through the Lord’s mercies, we are not consumed because His compassions fail not. They are new every morning. Great is Your faithfulness.”

We are reminded again of God’s faithfulness in Romans 8:28,

“And we know that God causes everything to work together for the good of those who love God and are called according to his purpose for them.”

Notice this verse in Romans says God works things for the good of those who love Him. Do you love God? Raise your hand if you do. Yep, lots of hands, including mine. So, here’s His promise: We can be sure God’s faithfulness to those who love Him will never fail. He will work things to our good according to His big purposes.

It doesn’t matter if you’re a Fortune 500 CEO, a bagger at the corner grocery store, a stay-at-home mom or dad, or the leader of a nation. God’s faithfulness is sure and solid if you remain faithful and obedient to Him. He did it for Joseph, Gideon, David, Esther, Jesus, and countless others throughout generations, and He’ll do it for you.

Keep your eyes on God, walk in faithfulness and obedience, and watch how God will use you for His big purpose.

Have you ever noticed some odd occurrence in your life that led to something amazing? Or, maybe you battled through some unfortunate times and eventually found out later that it prepared you for something better. Sometimes if we just stop and think about it, we can see where God’s fingerprints are all over our lives and making big things happen.

How has He worked in your life? Share your stories and comments with me either in the comments below or you can message me right here. I’d love to hear how God has blessed you and increased your faith as He’s worked His plans.