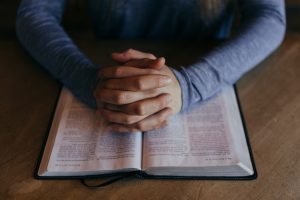 Everywhere we turn it seems we’re hearing that we’re all doomed to destruction and life as we know it is about to end at any moment. At least, that’s what certain people are trying to tell us, especially in this election year. And there are other certain people who claim that they are the only ones who can fix all our problems. It’s time to remember that our lives and our country are not ruled by politicians, union leaders, corporate executives, the top one percent, or even your own boss. It’s time to remember who’s really in control, and there’s only one.

He has many names, but you probably know Him best as God, the great I Am, Holy One, Shephard, Deliverer, Creator, King of Kings, Lord of Lords, the Almighty, Savior, and my personal favorite, Friend. All of His names describe who God is each in its own way, but there is one that describes Him best: Sovereign.

I think we often forget how big God really is. Too often we put Him in a little box that we take off the shelf when it’s time to say grace before a holiday meal, when we need healing, or when we get really desperate. God is all too happy to be brought into the middle of those times, but He desires more.

He desires that we recognize He created the entire universe from nothing. He alone created man and woman and the earth, and He sets the seasons in motion. He feeds the birds of the air and clothes the fields with flowers. He heals the broken-hearted as well as the blind, deaf, crippled plus the simple aches and pains of parenting. All power is in His hands. He alone does this and so very much more including saving us from our sin and eternal death through His infinite mercy and love. God is big. Really big! And He is worthy of respect and trust.

But life moves fast, and just when you think it’s getting too hard, it’s easy to forget God or keep Him in that box. It’s too easy to think that He can’t help you, He’s too busy, or you’re not worthy of His attention. But that’s not how God works. He has the power to shatter that box and reach out to you right where you are. He’ll meet your every need. His power, grace, and love are limitless. His promise is to never leave us or forget us. How do we know this for sure? He proves it every time sudden coincidences happen.

Think about it. How many times have you been going about your day doing your usual thing, maybe thinking about something or someone who’s weighing heavily on your mind and you began to worry. Maybe your finances are about to collapse, your only car has broken down, your child has gone prodigal, or you have a loved one who’s been told she has stage four cancer.

Then suddenly, from out of nowhere someone approaches you, either someone you know or not, and they strike up a conversation with you. After a moment or so you begin wishing that they would just go away so you can go back to being worried. But you’re polite and let them speak, and you come to find out that what they’re sharing with you is just what you needed to hear. They may even offer some unexpected help that seems the perfect solution. Many people call these coincidences. Some Christians call it divine appointments. I call it God reaching out and entering into your mess with His incredible grace.

I love thinking about the power that God has. Some people may think it’s something to be afraid of, and in a certain respect, that’s true. He can truly do anything He wants at any time He wants. But even so, His power includes amazing grace, love, and mercy for us. As quickly as He could destroy the earth He is just as quick (if not quicker) to show His grace to us. His powerful love brings freedom, hope, healing, and eternal life, and that’s something to be praised…and remembered.

It’s All Part of the Plan

It was written about by the Old Testament prophets and then reiterated by Jesus Himself that all things are in the Father’s hands and that all things must be fulfilled according to His will (Romans 8:3-4). In other words, God is sovereign. He is in control. No one can take that control from Him or alter in any way. He cannot be persuaded to change His mind or His course of action because He is the same yesterday, today, and forever (Job 23:13). He is always good and He is perfect in all of His ways (Psalm 18:30).

See, Satan comes in and tries to make you believe that everything is absolutely awful, that there’s no hope. But God says in Jeremiah 29:11,

“For I know the plans I have for you…plans to prosper you and not for evil, to give you a hope and a future.”

Satan isn’t afraid to do whatever it takes to convince you that your life is really as bad as you think it is. God reminds us that Satan comes in like a lion seeking to devour and destroy (1 Peter 5:8) and that he is the author of evil whose native language is lies (John 8:44). So just when you’re thinking life is really getting bad, it’s important to remember who’s really in charge. And it’s not the guy or girl running for office. 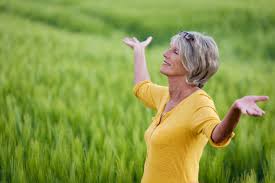 God is always in complete control. The television, newspaper, pundits, and may others may try to tell you otherwise, but remember. God alone is sovereign. He rules in majesty and with total power. And, more importantly, He loves you through and through. It doesn’t matter what you’ve done or what you’re going through or even what your imagination tries to expect next. He loves you, He will protect you, and He will perfect the works of His hands (Philippians 1:6).

Are you concerned about this year’s elections? Or maybe you have concerns about something more personal. What are you expectations of God? How has He shown His goodness to you? How has He pulled you through when you needed Him? Come share with us here so we can pray and rejoice in the Lord with you.