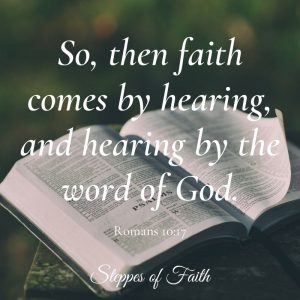 Welcome to a brand-new year! What a great time to start fresh with new goals and new ideas. A popular way many people set goals is by centering them around a specific word. What you do is you choose a word that describes your “why” and what your intentions of the year will be. Maybe you’ve done this.

Did you know the Bible also has a “word?” Ok, yes, I know it’s THE word, the holy word of God. But I’m talking about its word, what it’s trying to say to us. God uses two different forms of communication to do this. One is called the rhema word.

If you’re not familiar with rhema, don’t worry. Many people aren’t. Simply put, it’s one way God talks to us, even how He talks to us personally one-on-one. Let’s explore how God does this and perhaps discover what His rhema word is for you.

Two Greek words translate as “word” in the English language—logos and rhema.

Logos refers to the written form of holy Scripture and sometimes to Jesus Himself. There are over 300 examples of logos in the Bible. We see one example in John 1:1.

“…That the saying [logos] of Jesus might be fulfilled which He spoke, signifying by what death He would die.” (my addition)

Rhema (hray’-mah), on the other hand, refers to any spoken word. Strong’s Dictionary defines it like this: 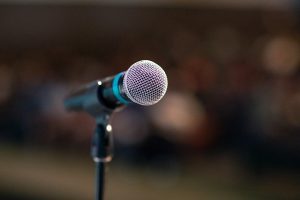 “An utterance (individually, collectively, or especially); by implication, a matter or topic (especially of narration, command or dispute); a saying, word.” (#4487)

Thayer’s Greek Lexicon also defines rhema as something that has been uttered by a living voice: “Any sound produced by the voice and having definite meaning, a saying of any sort as a message, a narrative,” as a matter of narration, command or dispute (4:69, 505).

An example of rhema is found in Matthew 4:4 when Satan was trying to tempt Jesus before His ministry began.

“But He answered and said, ‘It is written, Man shall not live by bread alone but by every word (rhema) that proceeds from the mouth of God.’” (my addition)

“So, then faith comes by hearing, and hearing by the word (rhema) of God.” (my addition)

Another example (and there are 70 in the New Testament, so this will be the last one I mention) is in John 15:7.

“If you abide in Me, and My words (rhema) abide in you, you will ask what you desire, and it shall be done for you.” (my addition)

In essence, anytime God is speaking to us, it is a rhema word. It offers us direction and guidance so we know where to go and what to do.

When it comes to the rhema word, Christians might dispute who is actually doing the talking.

“…And [the Father] will give you another Helper that He may abide with you forever—the Spirit of truth, whom the world cannot receive because it neither sees Him nor knows Him. But you know Him, for He dwells with you and will be in you.” John 14:16 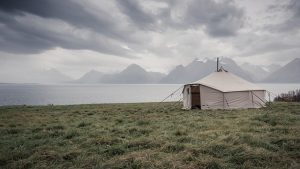 The Holy Spirit is our helper and counselor, the one who internally guides us and teaches us as we go from faith to faith. He dwells with us (the Greek translation is “katoikeo,” meaning “to settle down fixedly in one place”), and He is always faithful. His rhema is often interpreted through feelings and emotions, or even through another person’s words or actions such as from a pastor or friend.

The only problem with this view is that rhema isn’t limited to just the Holy Spirit.

Since rhema means “a spoken word,” anyone could be doing the talking and not just the Holy Spirit. And that could spell trouble.

This leads us to the other point of view many other Christians have—that rhema and logos are synonymous.

Rhema and the Bible

The thought is we cannot perceive God’s word, His rhema, if we don’t know which Scripture it’s based on. God cannot betray His own word (Psalm 89:34), so if we receive a rhema word, then it must be based scripturally. This is the camp of thought I fall into.

But if the Bible isn’t specific about a particular topic, such as which car should you buy, then we discern God’s rhema based on Biblical principles. We might ask ourselves if we’re obedient with our finances, if the purchase betrays any of the Bible’s commands, or if ungodly forces are influencing us before we make a decision.

The Holy Spirit indeed speaks to us. Remember, Theyer’s Greek Lexicon said it’s “an utterance by a living voice.” In this case, God’s living voice. But we must always remember that He first speaks to us through His word, the Bible.

If we believe we have received a rhema from the Lord, then we must test it against what the Bible says. Likewise, we must be familiar enough with Scripture to rightly discern if God is really speaking a rhema word to us. Otherwise, we run the danger of being led astray by evil forces pretending to be the Lord, which is one of Satan’s favorite weapons. 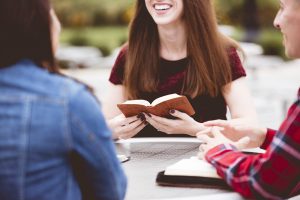 Just Ask for It

Rhema isn’t just something we receive. We can also ask for it.

As we study the Bible and become familiar with its teachings, there’s little doubt at some point we will simply have no idea what a particular verse is trying to say.

Bibles with study notes, dictionaries, and concordances are handy references to help figure things out. Another great strategy is simply to pray and ask God about it.

I used to exercise on an elliptical trainer at the gym for long stretches of time. I’m talking like an hour or more (I’m a crazy cardio junkie, I confess). To keep my mind occupied, I often read the Bible on my phone.

Since I was trying to exercise, it was highly unlikely I was going to stop to look up Scripture I didn’t understand in some reference book, not that I had one nearby. The only thing I could do was ask God directly about it.

I asked God to reveal to me what He was trying to show me in His word. Sometimes He would answer right away, but most times, it would be another chapter or two before I put the pieces together.

Now, these were verses I had read several or more times before and thought nothing about it. But when I purposefully stopped to ask God what they meant, He revealed it to me. And when He did, it was like, “A-HA!! Now I get it!”

So, while God does give us a rhema word—an urging, a prompting, a direction to go, clarity—we can also ask Him for it. I would even argue He’s bursting at the seams for us to do so. We never need to wait for Him to show Himself to us.

God longs to show us who He is. He longs to be in relationship with us. It’s just a matter of us asking for it. 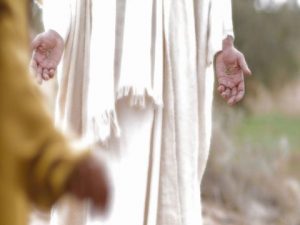 What is Your Rhema Word?

The first thing we must do is read His word. As I mentioned already, we cannot discern the voice of God if we don’t have anything to compare it to. We must know what Scripture says so we become familiar with His commandments and promises, and the depth of His faithfulness, love, and grace.

Once we have His word in our hearts, the Holy Spirit can more easily speak to us when He’s ready to speak. It’s like we prepared a fertile garden bed for the Holy Spirit to plant His seeds. That fertile ground—our hearts—receives the rhema word, and it comes alive to us.

At the same time, we can also pray for a rhema word. We can pray for God to reveal to us what we need to know, which way to go, or to explain something to us.

Whichever way we receive a rhema word from God, we must always be sure to doublecheck it with what the Bible says so we don’t unknowingly fall prey to Satan’s lies.

So, what is your rhema word?

I encourage you to set aside a certain amount of time to read God’s word, whether it’s daily or weekly. Just keep reading.

Then, during your prayer time (wherever or whenever that may be), ask God to speak to you. Ask Him for a rhema word, for whatever He wants you to know. He’ll speak when it’s the right time to say something, whether now or later.

Just always remember that God hears our prayers, He answers every one of them (1 Peter 3:12), and His timing is always perfect (Psalm 18:30).

God has a rhema word for you. One that’s meant for you and only you.

It’s time to prepare your heart to receive it.

If you’re interested in finding out which Bible verses give a rhema word, click over to Bible Tools. They put a nice, concise list for further study.