If you know anything about King Solomon you probably know two things: he was very wise and he was very rich. His wisdom was so great that hundreds of people flocked to him from all over the place to settle their disputes (remember the ruling of splitting the baby in half?). No one on earth was smarter than Solomon. And his treasure was so enormous that his throne was made of pure ivory overlaid with pure gold. There was also the ornateness of his royal palace and gardens. Not to mention that gold was so abundant in the land because of Solomon that the value of silver dropped to zero. He literally had everything a man or king could desire.

Still, along with his great power and wealth, he also had great love in his heart. And so I have a pretty good hunch that he was probably a good dad too.

Now, I don’t usually picture Solomon bouncing babies on his knees or riding bikes with his kids to the park. Or even going out for a game of catch with one of the royal princes. But something tells me he might have. He obviously cared very much about his children.

Consider the book of Proverbs in the Holy Bible. It has gobs of juicy nuggets of Solomon’s wisdom that we should all follow. But did you know that Proverbs was actually written for his son, Rehoboam? If you have a child who just went off to college or is in some way moving out, you may want to read, or re-read, it. He offers some great advice to both kids and parents. Here’s just a few of those juicy tidbits:

Proverbs 9:10, “Fear of the Lord is the foundation of wisdom.” Having a healthy fear of God and His power is indeed smart, just as our kids should have a healthy fear of us. But, in the same manner as God, our power should be overshadowed by our great love. Kids should be aware of and have intimate experiences with both fear and love as we reflect God’s character.

Proverbs 2:8-9, “He guards the paths of the just and protects those who are faithful to Him. Then you will understand what is right, just, and fair, and you will find the right way to go.” Solomon obviously tried desperately to tell his son to be an honest man with lots of integrity. It is then that God will guard your path in this life.

Proverbs 28:6, “Better is the poor who walks in his integrity than one perverse in his ways, though he be rich.” Integrity is vital whether someone is a follower of Christ or not, but more so for the believer because God calls for it. And Solomon reminds us that integrity is far more important than any wealth or fame.

We parents know that there are times in life when we don’t know which way to go, what choices to make. If we teach our kids to walk honestly and uprightly every day, God promises to guard them and fill them with joy. That’s a comfort when your kids start spending more and more time away from you.

Proverbs 1:24-25, “I called you so often, but you wouldn’t come. I reached out to you, but you paid no attention. You ignored my advice and rejected the correction I offered.” Does that sound familiar, parents? If your children don’t respond to your careful teachings, whether now or later, do your best to be patient with their stubbornness and resistance.

Solomon goes on to warn to his son in verse 31, “Therefore, they must eat the bitter fruit of living their own way, choking on their own schemes.” As unpleasant as that sounds, you can probably think of a time when you didn’t take your own parents’ advice and you ended up falling flat on your face, only to look up at them standing over you saying (or thinking), “I told ya so.”

God can be like that too. Sometimes He just lets us learn the hard way because we can be “stiff necked.” It’s not fun, but it can be effective. So when your kids ignore you and decide to do things their own way, take heart. One day, because of your patience and careful teaching, they will finally come around. They’ll remember your words and get back on track. Until then, rest on the promise that God made in Isaiah 40:11,

“….He will gather the lambs (your kids) with His arm and carry them in His bosom, and gently lead those who are with young (us parents).” (My additions) 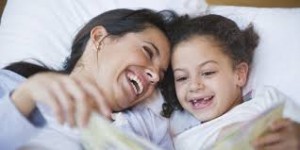 All through Proverbs, Solomon, with the help of a few others, gives some pretty good advice for families. I can’t see how he could have tried to teach and caution his son so much unless there was great love in his heart. Isn’t that we all do for our kids?

As we train up our children, let us also remember how it feels when they finally get what we’re trying to teach. And it does happen! Proverbs 23:15 says, “My son, if your heart is wise, my heart will rejoice.”

Mine does too. How about yours?