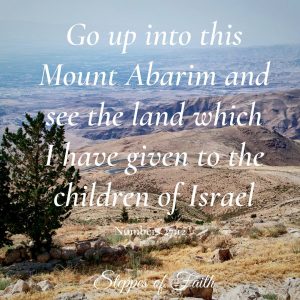 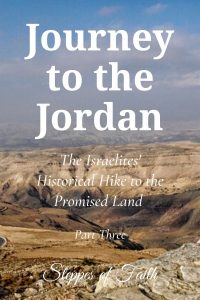 (If you missed any part of this series, you can catch up on Part One here and Part Two here)

Moses and the Israelites finally arrived at the Jordan River. They were getting so close!

Unfortunately, however, nearing the end of their forty-year journey wasn’t compelling enough for the Israelites to remain patient and faithful to the Lord for just a bit longer.

While still near Peor in Moabite territory, the Israelites had begun sleeping with the Moabites, people who worshipped pagan idols. Their insolence enraged the Lord so much He sent a plague that killed twenty-four thousand Israelites (Numbers 25:9). Such death certainly got people’s attention.

Finally, with the rebellion put down, it was time to move on to other matters.

In the weeks that followed, after a period of mourning, God gave Moses the final set of commands he would ever receive.

After the mourning period, Moses took a census of the people, and at its completion, God told him to go up to Mount Abarim.

“Now the Lord said to Moses: ‘Go up into this Mount Abarim and see the land which I have given to the children of Israel. And when you have seen it, you also shall be gathered to your people as Aaron, your brother, was gathered.” Numbers 27:12-13

Scholars believe Mount Abarim is the same location where Mount Nebo currently stands in western Jordan, about 20-25 miles east of the Jordan River.

Because of his disobedience back in Kadesh when he struck the rock instead of speaking to it, Moses would never enter the land God gave to him and the Israelites. However, in God’s compassion, He allowed Moses to at least see it. Unfortunately, his brother, Aaron, didn’t receive that privilege after committing the same offense.

“So the Lord said to me: ‘Go up to the top of Pisgah and lift your eyes toward the west, the north, the south, and the east; behold it with your eyes, for you shall not cross over this Jordan.”

“But command Joshua and encourage him and strengthen him; for he shall go over before this people, and he shall cause them to inherit the land which you will see.” Deuteronomy 3:28

Joshua would be the one to lead the Israelites finally into the Promised Land. But there was still work for Moses to do first.

During the final months of the Israelites’ encampment in the Jordan River Valley, God gave many commands about how to celebrate the different Jewish feasts, how to make offerings, where the various tribes would settle and what their boundaries would be, and where the cities of refuge would be located.

God also commanded Moses to take vengeance on the Midianites for their defilement of the Israelite back in Peor (Numbers 25:1-18). God’s retribution also addressed a number of issues the Midianites had caused the Israelites including their encounters with Zur (25:15) and Baalam (22:2-24), with purification after contact with the dead (19:11-19), and care for the priests and Levites (18:8-32). It was this war where God modeled His requirements for holy war whenever Israel would retaliate on God’s enemies (Deuteronomy 20:1-18). 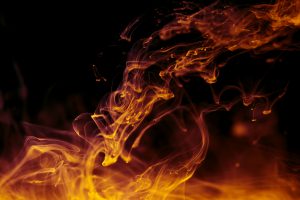 Moses recruited one thousand men from each tribe to attack the Midianites and kill all the men, including their kings. The fighters captured all the women and children, plundered everything they could find, and set fire to all the cities. Then, they brought it all back to Moses and Eleazar, the High Priest.

The fighters and their captains expected Moses to be pleased with their victory, but Moses most definitely was not. He vehemently chastised them instead.

“Have you kept all the women alive? Look, these women caused the children of Israel…to trespass against the Lord in the incident of Peor, and there was a plague among the congregation of the Lord.” Numbers 31:15-16

Moses knew God would still be angry. They needed to complete the annihilation of the Midianites. So, Moses gave the command to kill every Midianite female as well as all their sons, sparing only the young female virgins. He then commanded the men to go outside the camp for seven days to purify themselves.

Shortly after defeating the Midianites, Moses wrote the book of Deuteronomy, which means “these are the words,” taken from the first verse of the book in Hebrew. He wrote it in about a month’s time during the final weeks of his life.

Most of the book provides legal details and an accounting of everything the Israelites had experienced over the last forty years. Moses wrote it mainly for the second generation of Israelites and their historical knowledge. The first generation—their parents—had already died from war and plagues because of their disobedience to God. Now, the latest generation would have all the Hebrew laws compiled into one book for easy reference. 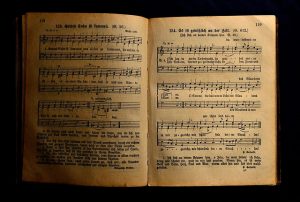 But of course, no books existed at this time. So, Moses put it all in a song to help them remember (Deuteronomy 32).

“Then Moses spoke in the hearing of all the assembly of Israel the words of this song until they were ended.” Deuteronomy 31:30

Moses wrote the song to remind the Israelites of…

After he finished singing (which no doubt lasted hours), Moses then blessed the people according to each tribe (Deuteronomy 33). The only tribe that didn’t receive a blessing was Simeon. Genesis 34:24-30 and Genesis 49:5-7 explain the reasons why (find a quick dissertation here).

Moses ends his presentation with a call for the people to rejoice. One day, God would punish His enemies and spiritually heal Israel and its land.

Eight hundred years later, the prophet Ezekiel reminded the Israelites of Moses’ words. All of Ezekiel 16 is meant to help them recall their disobedience to God despite His overwhelming kindness. Ezekiel also attempts to tell them of God’s continual desire for them to bear suitable fruit He can bless though they were ready for judgment. 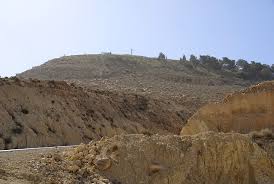 After his final words to the Israelites, Moses traveled south a few miles to Pisgah, the highest point on Mount Nebo. God led him there to get one last glimpse of the land he would never enter. As Moses took it all in, God declared He would keep His promise to give the land to the Israelites.

It was then Moses died. The Bible indicates God Himself buried His servant.

“And He buried him in a valley in the land of Moab, opposite of Beth Peor, but no one knows his grave to this day.” Deuteronomy 34:6

Moses was 120 years old. Though still sharp-minded and very spry, his job was done.

It was time to go home.

After Moses’ death, the people mourned for thirty days. Then, God commissioned Joshua, Israel’s new leader, to take the Israelites across the Jordan River.

It was time for them to go home too.