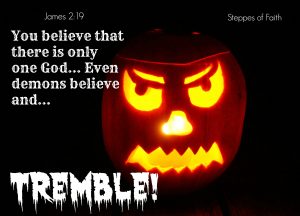 It seems that everyone in the Christian community is again talking about Halloween. Should or should not your kids go trick or treating? Isn’t it all just something fun for the kids to do? Are church festivals okay? As a Christian parent, I had to take a long look at this issue once the kids became old enough to go around the neighborhood. It was a true journey before I came to the conclusion that we are no longer going to do Halloween. Here’s why.

Halloween Used to be Fun

Like millions of kids across this great land of ours, I dressed up every Halloween and went door to door with my friends. We laughed and talked the entire time we were loading up our pillowcases. The goal was always to be the one with the most candy, even if you didn’t eat most of it. So, as much as it was social, it was also competitive on some level. And that was fun!

Fast forward to being a single adult and I still thought Halloween was just for fun. I had come to know Jesus Christ as my Savior and I knew that Halloween was rooted in pagan rituals. But so what? Nobody’s sacrificing any animals here or secretly dripping blood on some log-made altar deep in the woods, so what’s the big deal? Halloween was more about going to costume parties and still enjoying some social time together, although with a whole lot better goodies to eat.

Not to mention the fun in opening my front door to little kids dressed as princesses and pirates and superheroes while mom and dad hung back about twenty feet. Oh boy, were those kids cute! And that’s fun, right?

Fast forward a bit more to being a first-time mother living in a new neighborhood. It’s no longer the 1980’s, but 2010, and culture has changed a lot. I let my boys dress up as Thomas the Tank Engine, dinosaurs, Star Wars characters, and pirates. Nothing evil. Just a fun time for my boys and me as I met my new neighbors while they got an informal lesson in saying please and thank you to every candy-wielding adult. It was still really fun!

But then a funny thing happened one year on our way to the costume store.

The Day Halloween Changed Us Forever

My oldest son wanted to dress up as Harry Potter. When we got to the store, we noticed not only the exuberant prices for Harry Potter stuff, we also suddenly noticed how evil and bloody all the costumes were.

Gone were the cute princess costumes and Mickey Mouse outfits and ladybug accessories. Now it was all “bloody doctor” and demons and witches. Even bloody witches. Literally, everything involved blood. My husband and I looked at each other and wondered where the innocence of the holiday had gone. Sure, there was Freddy Krueger and Chuckie masks and scary hockey masks when I was a kid. But now, costumes had descended to a new level.

I made my final decision about Halloween that year just after we went trick or treating. My husband had never gone around with us because someone had to stay home to pass out the candy. This time, we decided to go around as a family, but one of us would return home after about 15 minutes so we didn’t leave the house unoccupied for too long. The thought was that we would only be gone for a short time, so what could be the harm?

We put some candy in a huge bowl on our front porch in good faith that kids could control themselves and we headed out into the setting sun to trick-or-treat.

Boy, was I wrong!

When it was time for someone to head home, I volunteered so my husband could enjoy the evening with the boys. But when I got there (after only 15 minutes), I could not believe my eyes.

Not only was the candy in the bowl all gone, the wrappers literally covered our entire front lawn and the bowl was rolled under our car in the driveway. I was fit to be tied! And that’s putting it very mildly!

My next door neighbors explained how a group of teenagers was already going around while we were gone (isn’t there an unspoken rule that the little kids go first?). Apparently, they had tried to force my neighbor to hand over their bowl first then they raided mine, and then they had a quick party in our yard.

I’m sure you can imagine how stunned and upset I was, and so were my neighbors.

My family returned home about 30 minutes later to find me in a rage, bent over in the (now) dark picking up every last piece of plastic wrapping off the grass, bushes, and driveway.

And that’s when I said enough was enough!

Even Demons Know the Lord

It’s not like it was a total surprise. While the boys were growing up, we were growing closer to God. The subject of ghouls and goblins and Halloween in general weren’t directly addressed at our church (and still isn’t, for some reason), yet the Holy Spirit was doing a work in our hearts that gradually opened our eyes to see the truth. And the truth was that being a part of a day that culturally capitalizes on evil and all that Satan approves of does not bring glory to God or reflect His character.

Satan tries hard to keep people– even, no, especially Christians– blind to the evil work he does. Which is why so many believers think it’s okay for kids to go trick or treating. He makes them think it’s all about having fun and nothing else.

Nothing else? Are you sure?

Maybe you’ve heard something about the history of jack-o-lanterns and carrying buckets door to door and why we dress up. If you haven’t, I encourage you to research it so you can be more aware of what the day is all about culturally. I’ll forewarn you, though. It’s pretty creepy and gross. After that, take a look at what the Bible says about Satan and his evil doings.

We know that Satan comes to seek and destroy. Then, in 2 Corinthians 11:14, Paul tries to warn us about those who are deceptive, those who try to appear as what they truly are not, and he tells us,

“For Satan himself transforms himself into an angel of light. Therefore, it is no great (surprising) thing if his ministers also transform themselves into [false] ministers of righteousness (my addition).”

Stores and people unwittingly are doing Satan’s handiwork when they try to tell you that Halloween is okay. Satan is a pretty good salesman and he’s not afraid to pull out all the stops to get what he wants. Remember, he is like a lion prowling about seeking whom he may devour (1 Peter 5:8). Which is probably why there are so many costume and candy sales in October.

Satan knows God very well. Even his demons know the Lord (“and tremble,” James 2:19). He will do anything he can to take the Father’s power and glory away. So it makes sense that he would use something simple like trick-or-treating to get his way.

So Is Halloween Really A Bad Thing?

Still, despite the cover-up job Satan is doing, is dressing up and going trick or treating with your preschooler really a bad thing? Maybe you still think it’s okay. But think of it this way: Does any of it bring attention to God and glorify Him in any way? Does it bless and exalt the Lord as He deserves? Are we using our actions to bring light into a dark world?

When I took a long look at these questions and really examined what I believe, I had to admit that letting one of my sons dress up like a Minecraft skeleton zombie one year did not glorify the Lord. There was nothing about it that brought praise and attention to God. But it did bring attention to a neighbor’s haunted house when we were asked if we were going to check it out because our son would fit right in. That didn’t seem right to me.

In the months after Halloween, I kept asking myself what I believed about it. I kept trying to find a way to justify fitting it into our Christian lifestyle and Biblical principles. I couldn’t make it work. It just didn’t gel. 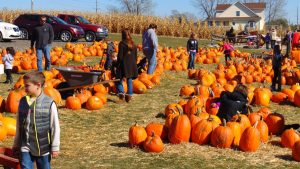 The next year and every year since, we decided to attend a festival being held on Halloween night at a local church. We weren’t sure how it would go over with our kids since there would not be any dressing up.

As it turns out, they didn’t really care about dressing up. All they wanted was the candy (and isn’t that why kids want to go trick or treating in the first place?). Thankfully, the church had lots of candy to pass out, not to mention games galore, bounce houses, hay rides, more food than anyone could possibly eat, and even free goldfish (yes, actual fish, no lie; we still have them and they’re awesome). I have no reason to ever go back to door-to-door trick or treating again.

And here’s the other bonuses of giving up Halloween. Not only are we saving money on costumes and candy, we’re also spending the evening as a family all together (no one’s left at home to pass out candy), we’re making memories, we’re fellowshipping with other believers in a safe environment, and there’s less paranoia about unwittingly sinning and promoting Satan’s agenda. We can just relax and enjoy a fun evening out.

We’ve Made Our Choice

Every family has to make their own decisions about Halloween. As for our family, we’ve made ours. We’re not going to do Halloween anymore. We’re no longer going to play in Satan’s world just to get candy. And that makes us feel a lot better about the whole thing.

So on Halloween, expect to find us back at the church festival enjoying godly fellowship and laughing together all evening long. And if we’re lucky, maybe we’ll even score some new goldfish. Maybe we’ll even see you there!

“Be not conformed to this world, but be transformed by the renewing of your mind….” Romans 12:2

What has your family chosen to do for Halloween this year? Why or why not? Come join me in the conversation by leaving your comments here. 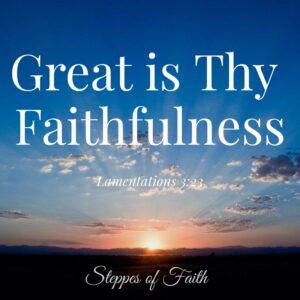 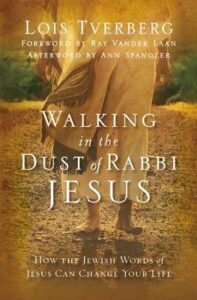