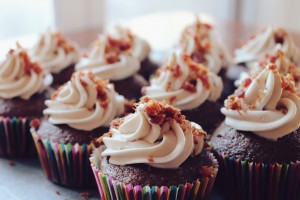 For many people, this is the season of Lent. This is the time of year when many believers give up something for 40 days in remembrance of Jesus’s time of fasting in the desert. So now that we’re about four weeks into it, how are you doing? Have you caved in or are you still on track? Have you thought about what will happen when it’s over?

Throughout the Old Testament, fasting was extremely common and often used to gain God’s favor in difficult situations. Kings again and again commanded the Israelites to fast for God’s protection and provision. Later, when Jesus came to walk with us, He told the Pharisees to fast again after He had ascended to heaven. And since that is where Jesus is now, we are still commanded to fast.

There are many ways to fast. As far as I know, there is no one way to do it. You can give up one thing for a period of time, like avoiding from soda pop or chocolate or Facebook (gasp!). You can give up one meal each day or all meals one day a week. Or, you could go hardcore and not eat at all for many days and drink only water.  Whatever you choose to do, the main idea of fasting remains.

You are to focus on God and use His strength when Satan tries to tempt you. And that’s not always easy.

As you surely remember, Jesus himself dealt with temptation while He wandered the desert for the 40 days before His official ministry began. I’ve always pictured Satan taking on that task personally and having a one-on-one duel with the Son of God instead of sending one of his little winged demons to do it. And I think it’s a pretty good assumption that Satan spared no energy in trying to bring Jesus down. He wanted Jesus’s job, after all.

Being now human, Jesus knew it was possible for Him to give in to temptation. But He is also holy, which means that He had to do everything possible to stay tough and resist. He didn’t just do this all on His own. There were a few tactics He used to fight the enemy, ones you can use too.

Jesus Quoted Scripture After fasting for 40 days and 40 nights, Satan tempts a hungry Jesus to use His power to turn stones into bread. But Jesus answers Satan by saying, “It is written, Man shall not live by bread alone, but by every word that proceeds from the mouth of God.” This is actually scripture from Deuteronomy 8:3 that says,

“So He humbled you, allowed you to hunger, and fed you with manna which you did not know nor did your fathers know, that He might make you know that man shall not live by bread alone, but man lives by every word that proceeds from the mouth of the Lord.”

Satan knew this first attempt didn’t work so he moved on to tempt Jesus with other things. Quoting scripture back to Satan and demonic forces is probably one of the most powerful weapons you have in the middle of trials. God’s word is always true and it’s called a sword for a reason.

Jesus Was Confident of His Power Yes, he knew He was the Son of God, and He knew He had great power. So when Satan tempted Jesus to throw Himself down from the pinnacle of the temple to prove His power and that angels would save Him, Jesus could have almost laughed it off. Jesus didn’t have to try to figure out what would happen or question anything. He knew that because of His relationship to the Father that He had (and still has) great power. And now because of His work on the cross and our own relationship with the Father, we have that same power over Satan and his demons. We just need to remember that we have it and not let Satan make us think or believe otherwise. He is a known liar, after all.

Jesus Was Obedient to the Father In Satan’s third temptation, he took Jesus to the top of a mountain and tried to convince Jesus to worship him in exchange for all the kingdoms of the world. Again, Jesus quotes Deuteronomy, chapter 6, verses 13 and 14 this time, and reminds Satan of the command to serve only the Father and no one else.

Even though Jesus may have been tempted to take back control of the earth from Satan (since he is the “ruler of this world “John 12:31), Jesus instead stayed steadfastly obedient to the Father and withstood the tests Satan was handing out. We, as children of the Most High God, are also called to obedience in every area of our lives and to not trade our souls for all the kingdoms in the world. When we are obedient we will always experience victory and great blessing.

Jesus Leaned on the Father’s Promises God promises to protect His sheep and to strengthen them when Satan attacks. Remembering His promises is essential so that you never lose hope and your faith can grow. Jesus knew that the Father had not forsaken Him, and neither should you.

Need a few promises to pull out of your pocket sometimes? Here are a few to place in your heart:

2 Corinthians 12:9, “My grace is sufficient for thee, for my strength is made perfect in weakness.”

Psalm 34:7, “The angel of the Lord encamps all around those who fear Him, and delivers them.” 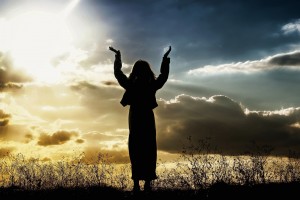 Fasting isn’t just a religious activity where you give something up for a while and then go back to it when it’s over. Fasting is meant to be a time of focusing on God and drawing closer to Him as you lean on His strength to overcome temptation and rebuke Satan. In the case of Lent, it’s also meant to be a time to change attitudes and behaviors so that when it’s over your heart is more oriented and pointed toward the Lord in an eternal way.

It was how Jesus prepared His heart and mind for His ministry. If it worked for Him, it will work for you too.