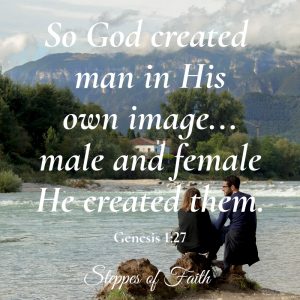 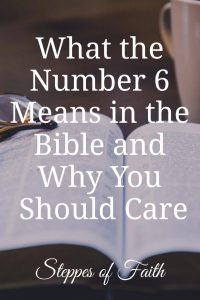 “So God created man in His own image…Then God saw everything that He had made, and indeed it was very good. So, the evening and the morning were the sixth day.” Genesis 1:27,31

I have come to believe that God is a math nerd. Every time I read the Bible, I always seem to come across certain numbers like 7, 12, and 3. Have you noticed this? But, then I saw the number 6 and, knowing every word (and number) in the Bible is there for a reason, I got curious about what it could mean.

It turns out the number 6 has a lot of meaning. And, it’s not just historical. It’s also prophetic.

First of all, I need to emphasize that I am not promoting some mystical, “angel number” mumbo jumbo. I’m also not trying to suggest we should scrutinize every number in the Bible. That would be a terrible trap because not every number is meant to be studied, and it could cause us to lose sight of what God is trying to teach us.

I am just making an observation of something I’ve noticed in God’s word. I’m willing to bet you’ve noticed that Jesus was resurrected after three days, there were twelve disciples, and that God is three in one. The number six falls in line with that.

The number six refers to many things in the Bible, but it’s first mentioned in Genesis 1:31 when God created man on the sixth day.

According to Bible scholars, just as the number 7 typically signifies completion or perfection especially of God, the number 6 is one shy of that, which means it signifies imperfection. More specifically, it refers to the imperfection of man and the sin and weakness he has.

As we all know, Adam went on to eat the forbidden fruit in the garden and broke the connection between heaven and man allowing sin to enter the earth. Man’s weakness is why number 6 is called the “number of man.”

The sixth chapter of Joshua is where we read that Joshua and the Israelites marched around Jericho once a day for six days with seven priests each carrying a trumpet (remember, seven means perfection). It was on the seventh day that the people were to march around Jericho seven times with the priests blowing the trumpets so the city walls would fall. 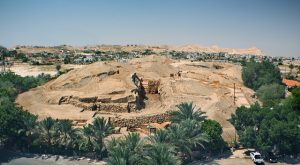 God commanded the Israelites to march for six days to prove their imperfect ability to demolish Jericho. But on the seventh day, God destroyed the city so that He alone would receive the glory. Only God is perfect, and only He can perform perfect miracles. It’s not by man’s power, but only by the hand of God.

A Precursor of Rest

God’s fourth commandment tells us to work for six days and rest on the seventh (Exodus 20:8, Exodus 31:12-17). God may have given us this commandment because He knows our weaknesses so well and that we can’t continually work seven days a week. I know I can’t.

God also commanded the Israelites to harvest their land for six years and then let it rest the seventh year. The seventh year is called the Year of Jubilee. God’s command isn’t just pure agricultural genius, it’s also to illustrate God’s power to restore what He has made.

(Fun fact: God also uses the Year of Jubilee as a time of forgiveness of property debts and for giving slaves their freedom. See the story of Jacob here.)

The seventh day of the celebration of Passover was the Sabbath in keeping with the fourth commandment. This meant that all judicial punishments were settled by the sixth day of Passover week. So, Pontius Pilate and Herod both reviewed Jesus on the fifth day and into the early morning hours of the sixth day, then He was nailed to the cross the afternoon of the sixth day.

Just as man was created in six days, Jesus restored the connection between heaven and man on the sixth day of Passover making a way for us to find salvation through His redeeming blood. 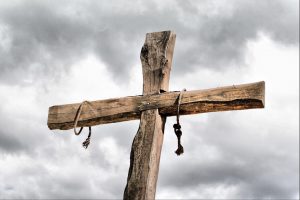 Other Mentions of Six

The Number of the Beast

Because the number six can represent imperfection, we have to talk about what is known as the number of the beast—666. The apostle John writes about it in Revelation 13:18.

“Here is wisdom. Let him who has understanding calculate the number of the beast, for it is the number of a man: His number is 666.”

Notice there are three sixes. Now, remember that God is three in one, or perhaps 111 for illustrative purposes. Since God is a perfect holy trinity, then Satan—the beast—is perfect unholy evil. 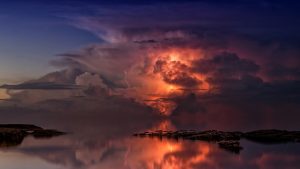 In Revelation 13, God reveals the beast’s power to John as a prophecy, a warning, about the evil destruction the beast will spread. God also warns us to pay attention to the signs of His return when He finally defeats the beast, gathers His children, and establishes His eternal kingdom on earth.

Every Biblical prophecy has proven true so far. There is no reason not to believe this one. So, be watchful.

I want to emphasize again that we shouldn’t necessarily be analyzing every single number in the Bible. But, if there is anything we can learn from taking a look at the number 6, perhaps we should notice how it shines a spotlight on man’s weakness while also highlighting God’s power to restore what once was lost.

A main theme of the Bible is not only God’s love but His goal to restore His relationship with His children and reclaim them for eternity. If the number 6 is a sign of that, so be it. But, let’s not lose sight of what’s always most important.

God’s grace is eternal, His love is true, He is forever faithful, and He will stop at nothing to show us. 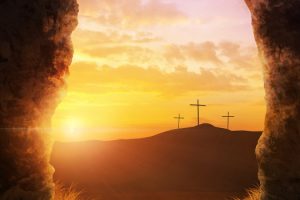 Is there a Biblical number that always stands out to you? How has it helped you learn more about the Lord? You’re welcome to leave a comment below. I’d love to know what you’ve discovered when you study the Bible.

You can find lots of resources explaining the meanings of different numbers in the Bible including Bible.org. They give a quick review of the more familiar ones like 40 and 12. Check it out here.

“You will keep him in perfect peace those who keep their mind on You.” Isaiah 26:3 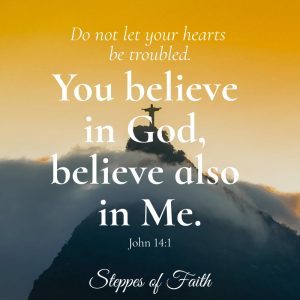 As an Amazon Associate affiliate, I may earn a small amount if you purchase through this link. Thank you for supporting the Steppes of Faith ministry.

Anxious for Nothing by Max Lucado

Author Max Lucado addresses the issue of anxiety by focusing on Philippians 4:6-7 which tells us to be anxious about nothing. Max guides readers through this Scripture passage and explains the key concepts of celebration, asking for help, leaving our concerns, and meditating. Learn how to enjoy true freedom and experience more joy, clarity, physical renewal, and contentment by the power of the Holy Spirit. Paperback $11.99. 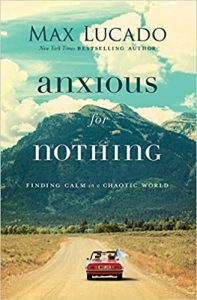 Answers in Genesis’s most popular resources at great sale prices!

Answers in Genesis is an apologetics ministry that teaches Christians how to effectively defend their faith and proclaim the Gospel of Jesus Christ.

Click Here to Discover all of AIG's Amazing Resources and Shop Today!

(This a sponsored affiliate link. Purchases made through this link will result in a small commission to me at no additional cost to you.)