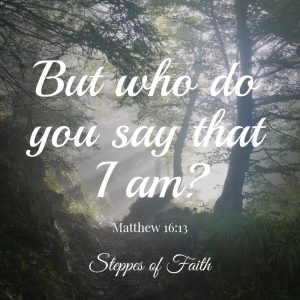 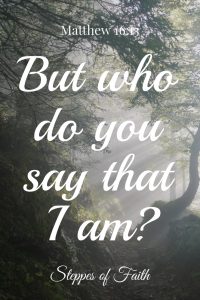 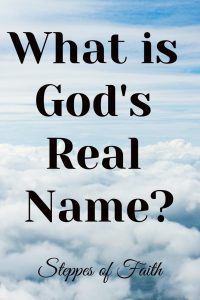 My oldest son’s best friend stayed the night at our house recently. After a long, fun evening, it was time for everyone to go to bed. As usual, I prayed with all the boys before lights out. Normally, that’s no big deal, but this time we had a guest and he was Jewish, so I allowed him to pray first. He said everything in Hebrew (which I thought was very cool), and though I didn’t understand what he was saying, I did hear him use the name Adonai.

We talked for a moment about Adonai and Jesus and how there are several names for God such as Jehovah.

“What is Jehovah?” he asked. That confused me. Why didn’t he know the name Jehovah? He’s Jewish, after all, I thought. I soon cut him some slack because, as it turns out, people have changed God’s name a few times over the course of history. It all depended on when and where you were born.

Let’s step back in time and rediscover what God’s real names have been, how they have changed, and what we should be calling Him.

When God revealed Himself to Moses at the burning bush telling him to rescue the Hebrews in Exodus 3, Moses responded,

“Indeed, when I come to the children of Israel and say to them, ‘The God of your fathers has sent me to you,’ and they say to me, ‘What is His name?’ what shall I say to them?’”

Many people have asked this same question for years and years.

God initially answers Moses by declaring, “I AM WHO I AM…Thus you shall say to the children of Israel, ‘I AM has sent me to you,” To modern-day readers, this is often our first indication of how God personally refers to Himself. But, there is an older name that many Hebrews already knew at the time.

Long before Moses, the Hebrews called God “Yahweh” from the time of Noah’s flood and continued to in the tribe of Levi, to which Moses belonged. Even Moses’ mother’s name was based on the name Yahweh. This name may or may not have had any direct meaning and was simply a way to refer to a holy being.

Nevertheless, the name Yahweh was eventually believed to be far too personal to use for the Creator of the universe. So, after the Israelites returned from exile in Babylon, they decided to change the name. Depending on where you lived at the time, you might have called God “Adonai” or “Elohim.” 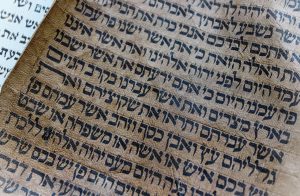 Adonai is the plural form of Adon which means “Lord, lord, owner, master, or father.” In the Tanakh, however, Adon can refer to either men, angels, or the God of Israel. But since we’re talking about God, He is referred to in plural form (anyone getting a hint of the Trinity here beside me?). And because Adonai is plural, the name can best be translated with a heavy emphasis on God’s majesty and sovereignty.

When the Greeks later translated the Hebrew scriptures in creating the Septuagint, they replaced Adonai with Kyrios, meaning “Lord.”

From about the sixth to the tenth century, a group of translators called the Masoretes set out to reproduce the Tanakh, the Hebrew Bible. It was this group who decided to drop the vowels in Yahweh (because it’s too sacred to speak by sinful men) and simply say YHWH.

No one could pronounce a word that’s all consonants, and they didn’t want to risk saying Yahweh accidentally, so they simply called God Adonai, which means “my Lord,” for speaking purposes. The Jewish community still uses Adonai to this day as evidenced by my son’s friend though it is more designed for Gentile use.

While Adonai was gaining popularity within Israel, another name for God developed as the Israelites began to spread out across the Mediterranean region. They called Him Elohim, which is simply another way of saying God without getting too personal or crossing any sacred lines.

Like Adonai, Elohim is plural for “gods” or “deity,” but it is normally used in a singular form. For other grammar geeks like me, it’s interesting to note that it’s typically accompanied by the article ha-, which means “the.” When it’s put with Elohim, it means “the God” as in “the God” (please, no Ohio State jokes here, ha). Used like this, it again refers to Him to with an emphasis on His power and majesty and that He is the one true God.

Some modern cultures still refer to God as Elohim, but Adonai seems to be more common.

Adonai isn’t the only name for God that derived from Yahweh. Jehovah is a name that came about by using something called a tetragrammaton which means “four letters”. Remember that Yahweh was eventually changed to YHWH in the Tanakh, but that didn’t help a group of Latin translators. They couldn’t translate YHWH because the letter Y does not exist in Latin.

These Latin-speaking Christian scholars solved the problem by replacing the letter Y in Yahweh with either the letter I or the letter J (which can sound like an I sometimes). So, now we have JHWH. 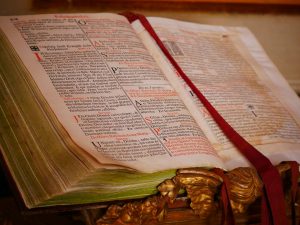 Again, no one could pronounce a word that’s all consonants, so they sounded it out as JeHoWaH. As a result, people in many Latin-speaking countries, as well as many others, continue to refer to God as Jehovah today.

What is God’s Name?

We’ve learned that some people call God Adonai, Elohim, and/or Jehovah, and all are meant as a term of respect. But are any of them what God wants us to call Him? You could, but you have more names to choose from.

We’ll learn what they are in Part Two of What is God’s Real Name? I hope to see you there.

Have you heard someone use these names for God? Was it confusing? Is it still? It was for me. I had to study it all several times before my brain could wrap around it. Can I help you make sense of it? Please leave me a question or comment either below or with a direct message. I’d love to help you understand this special topic. If you would rather not comment, you can also do some…

Two great resources I used for this article are the Encyclopedia Britannica (yes, they still made encyclopedias!) and Got Questions, an online Bible study tool (I’m not affiliated with either of them). If you have time, take a peek. They have some incredible information you’ll enjoy. 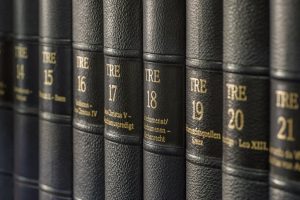 “What are the Different Names of God, and What Do They Mean?” Got Questions.com

6 Replies to “What is God’s Real Name? Part One” 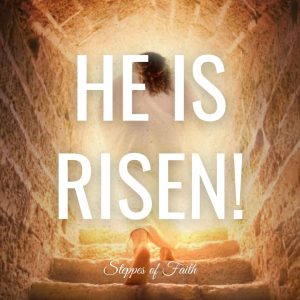 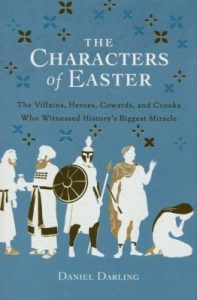 Meet the unlikely collection of fearful fishermen, marginalized women, feeble politicians, and bystanders who witnessed the miracle of Christ's death and resurrection! Offering a fresh approach to the Lenten season, author Daniel Darling transports you to first-century Palestine to walk in the shoes of Peter, Mary Magdalene, Pontius Pilate, Judas, and others. Includes discussion questions. A great companion to Darling's The Characters of Christmas. Only $9.99 right now at Christianbook.com.