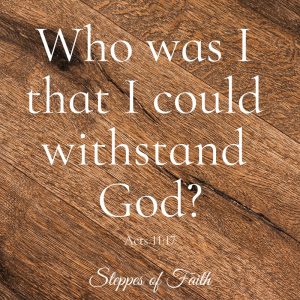 If I were to take a poll of my kids’ all-time favorite foods, surely one of the top three would be bacon. Whenever we go out to breakfast, bacon is the only thing they talk about eating. Not pancakes. Not sausage. Not muffins or pastries. Just bacon. And let’s face it, bacon has become so popular you find in almost every type of food these days. Everyone loves it!

So, it’s with a little pity when my boys comment how sad it is that some faiths don’t allow, or at least highly discourage, bacon on the menu. That made them wonder why that is. Why does bacon get the bad press? What’s so wrong with it?

We might be tempted to refer to Leviticus 11, where God lays out for Moses what is okay to eat and what is not. And, we would be right to make such a reference, which is likely the reason why certain faiths discourage particular foods such as bacon.

But, did you know God later changed His rules to allow us to eat whatever we want? It’s an easily overlooked chapter in the New Testament where God has a little conversation with Peter. Let’s take a look at it.

In Leviticus 11, God plainly details which foods are okay to eat and which are not so the Israelites would stay separated from their idolatrous neighbors. Here are the “clean” animals allowed on the menu:

Now, here’s what was not allowed:

Of course, there were consequences if you ate or touched or touched something else that touched an unclean, dead animal.

First, you had to wash your clothes then you had to leave the village until the evening when you would again become ceremonially clean. If you touched a cloth that touched an unclean, dead animal, you had to put the cloth in water until evening. Then it becomes clean again.

If a part of the dead animal fell on a vessel of some sort, you had to break the vessel. If it fell on a stove or oven as you cooked it, that appliance was now considered broken and never used again. And, if it fell on a seed meant for sowing, that’s okay. But…if the seed is wet at the time it was unclean (I swear I’m not making this up).

And of course, if the clean animal you can eat somehow dies before you kill it for a meal, it’s unclean. You had to wash your clothes and stay away until evening.

If you observed all these rules, not only did God consider you clean, He also considered you holy.

“You shall, therefore, consecrate yourselves, and you shall be holy; for I am holy.” Leviticus 11:44

That’s a lot of rules!

What made the problem worse was only the priests knew them by heart. Nothing could be written down at the time, so it was up to the priests to relay the information to the people. But most people didn’t memorize them, so it became an ongoing issue.

Gradually, people figured out what was okay to eat and what was not, but the issue continued for centuries for some folks. I can imagine a child coming home for dinner only to find out from Mom it’s chicken—again. With a side of grasshoppers perhaps.

Naturally, the disciples figured it out thanks to their pal, Jesus, and they learned to follow the food rules to the letter. But one day, God finally threw out the rules and declared everything clean.

And Peter was the first to find out. 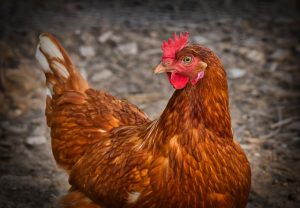 A Tale of Two Men

In Acts 10, we find two stories going on at the same time. One was about Peter, and the other was about a man named Cornelius.

Cornelius was a centurion in the Italian Regiment of the Roman Empire, but he was not like other centurions. The people knew him as a kind, devout man who feared God, and his family believed the same way.

One afternoon as Cornelius was praying, he saw a vision of an angel of God saying to him,

“Your prayers and your alms have come up for a memorial before God. Now send men to Joppa and send for Simon whose surname is Peter. He is lodging with Simon the tanner whose house is by the sea. He will tell you what you must do.” Acts 10:4-6

Cornelius called two of his servants plus a soldier who was loyal to him and sent them to Joppa.

Meanwhile, Peter was indeed in Joppa with Simon the tanner. As the servants and soldier traveled to see him, Peter went up on the roof of the house to pray. It was about lunch time, and he eventually became hungry. But instead of going to eat, he waited for whoever was cooking lunch to finish.

As he waited, he fell into a trance where he saw heaven open and an object that looked like a sheet descend to the earth. The sheet was bound at all four corners. Inside the sheet were all kinds of four-footed animals, wild beasts, insects and reptiles, and birds. That’s when Peter heard God’s voice.

“Not so, Lord! For I have never eaten anything common or unclean.” (v14) 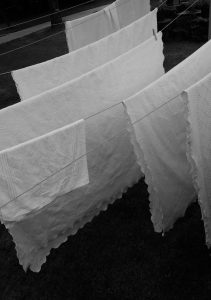 Now we get to the part where God says the old rules are gone and He’s laying down a new one. Plus, He includes a little admonishment for Peter.

“And a voice spoke to him again a second time. ‘What God has cleansed you must not call common.’” (v15)

This conversation between Peter and God went back and forth three times before the sheet was taken up into heaven again.

None of what God said made any sense to Peter. He was truly confused. As he sat there wondering what just happened, there came a knock on the door downstairs. It was the servants and the soldier looking for him.

Now, you might be wondering what Peter’s conversation with God and Cornelius’ story have to do with each other. This is where a lot of people miss what God was trying to say.

Yes, God scrapped the Old Testament diet rules, but He was also about to do something amazing that would forever change how Peter ministered and how we understand God’s heart.

Peter went with the men back to Cornelius’ house where he met a throng of people—Gentile people—waiting to meet him. It’s important to remember here that it was unlawful according to Jewish tradition at the time for a Jew to enter a Gentile’s house. To do so would make you ceremonially unclean. Peter knew this, of course, but He was busy being obedient to God’s direction, so he went inside.

Cornelius proceeds to tell Peter about how an angel visited him and the instructions to send for Peter. And now all his relatives and close friends were there to listen to what God had commanded Peter to say. With such an audience, there was only one thing Peter could talk about, and that was the Good News of Jesus.

That’s when something totally unexpected happened.

Bacon Gets the Green Light

As Peter was talking, the Holy Spirit fell on everyone who was listening in and around the house. As they spoke in other tongues (v46), Peter and the friends who came with him were absolutely flabbergasted. How could the Holy Spirit come upon Gentiles?!

But Peter quickly recognized what was going on, and he commanded everyone to be baptized just as he was. It was a very happy time in Cornelius’ house.

So, we go back to the question of what the giant sheet coming down from heaven and the beautiful day of salvation at Cornelius’ house have to do with each other. How are they related?

God erased His old dietary rules and pointed out that everything He has cleansed cannot be called “common” or unholy. He illustrated for Peter what He meant at Cornelius’ house. It was absolutely essential that Peter understood the old rules were gone.

When we accept Jesus into our hearts, He spiritually cleanses us through the Holy Spirit and the sacrificial death of Jesus on the cross. God was telling Peter that spiritual cleansing was not reserved only for the Jews anymore. It is now for anyone who wants it. There are no more lines separating Jews and Gentiles as far as receiving God’s blessing. Or anything else.

And now that we are all on the same playing field, that means we can all eat the same food too. No animal was unclean anymore since God alone has cleansed us rather than obedience to the Law.

So, God gave bacon the official green light, and millions of people have been rejoicing ever since. 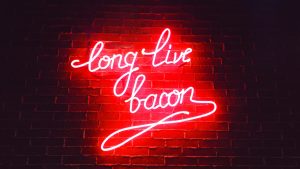 Grace is for Everyone

After spending a few days at Cornelius’ baptizing all his friends and relations, Peter returned home only to get some pushback from the other apostles. How could he have entered the home of an uncircumcised Gentile and eat with them?

Peter launches into the entire story from the beginning and explains to his friends what God taught him.

“John indeed baptized with water, but you shall be baptized with the Holy Spirit. If therefore God gave them the same gift as he gave us when we believed on the Lord Jesus Christ, who was I that I could withstand God?” Acts 11:16-17

The apostles understood exactly what Peter was saying, and they declared, “Then God has also granted to the Gentiles repentance to life.” (Acts 11:18)

So, if you know anyone who believes they cannot eat pork, bacon, sausage, or even shrimp and lobster, now you know the truth. God says it’s okay to eat these things. Even camel if you’re into that sort of thing.

The problem is that your friend doesn’t know the truth and how nothing He cleanses is common or unholy anymore through God’s grace. They haven’t quite fully experienced God’s saving grace through the Holy Spirit.

Pray for your friend that the truth of God’s word would be revealed to him or her and that the Holy Spirit would fall on them, and don’t ever give up. We wouldn’t want anyone to miss out on all of God’s blessings, would we? Especially bacon. 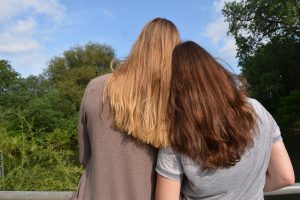 I wrote about the story of Peter and Cornelius a few years back where I talked about it from a very different angle, one of encouraging each other. Check out We Were Not Made to be Common: A Lesson from Peter.