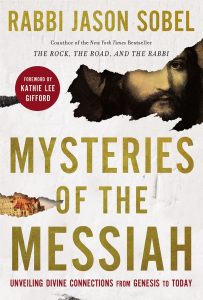 Although the book contains many wonderful and insightful teachings that might speak to more common theology, Rabbi Sobel uses the Jewish tradition of numerology throughout the book to prove that all of Scripture points to Jesus. In numerology, one associates a letter with a corresponding number (A=1, B=2, C=3, etc.) and adds the numbers of a word or phrase to arrive at a sum that supposedly matches other words or phrases in the Bible.

While some of Rabbi Sobel’s math seems enlightening, some words and phrases do not necessarily match as he claims, other than numerically. And some seem to have no correlation at all. One example is 430, which (in Jewish tradition) means “all the Egyptians” and “chaos and waste.” But it also means “perfect” and “soul.” How the rabbi equates Egyptians and “chaos and waste” with “perfect” and “soul” does not make sense. The correlations get somewhat confusing and often seem far-fetched.

The rabbi also makes a few unbiblical claims such as:

It is important to remember as you read this book that Rabbi Sobel is basing a lot of his teaching in Jewish tradition and not always on the Bible itself.

The rabbi still makes many good points that will make you rethink connections between the Old and New Testaments, such as the tree in the Garden and the tree used for Jesus’ crucifixion, and the wine vinegar Ruth dipped her bread into to the sponge dipped in vinegar and given to Jesus as He was dying. The rabbi also discusses how Jesus is in all the Jewish feasts and which Messianic prophecies have been fulfilled. And he does a good job explaining Jewish culture and mindsets to help you better understand the early church and modern Judaism.

Overall, Mysteries of the Messiah is an interesting and worthy read. It is very informational, especially if you love Bible studies. But one should view it with some discernment. Though there are numbers in the Bible that are significant (12, 7, 144), the heavy use of numerology in this book might cause some readers to lose sight of the rabbi’s main point as well as what is always most important: Everything in the Bible points to Jesus as the resurrected Messiah. Make sure you have your Bible ready so you can cross-reference as you go so you do not get caught up in traditions. Endeavor to get caught up in the truth of God’s word.